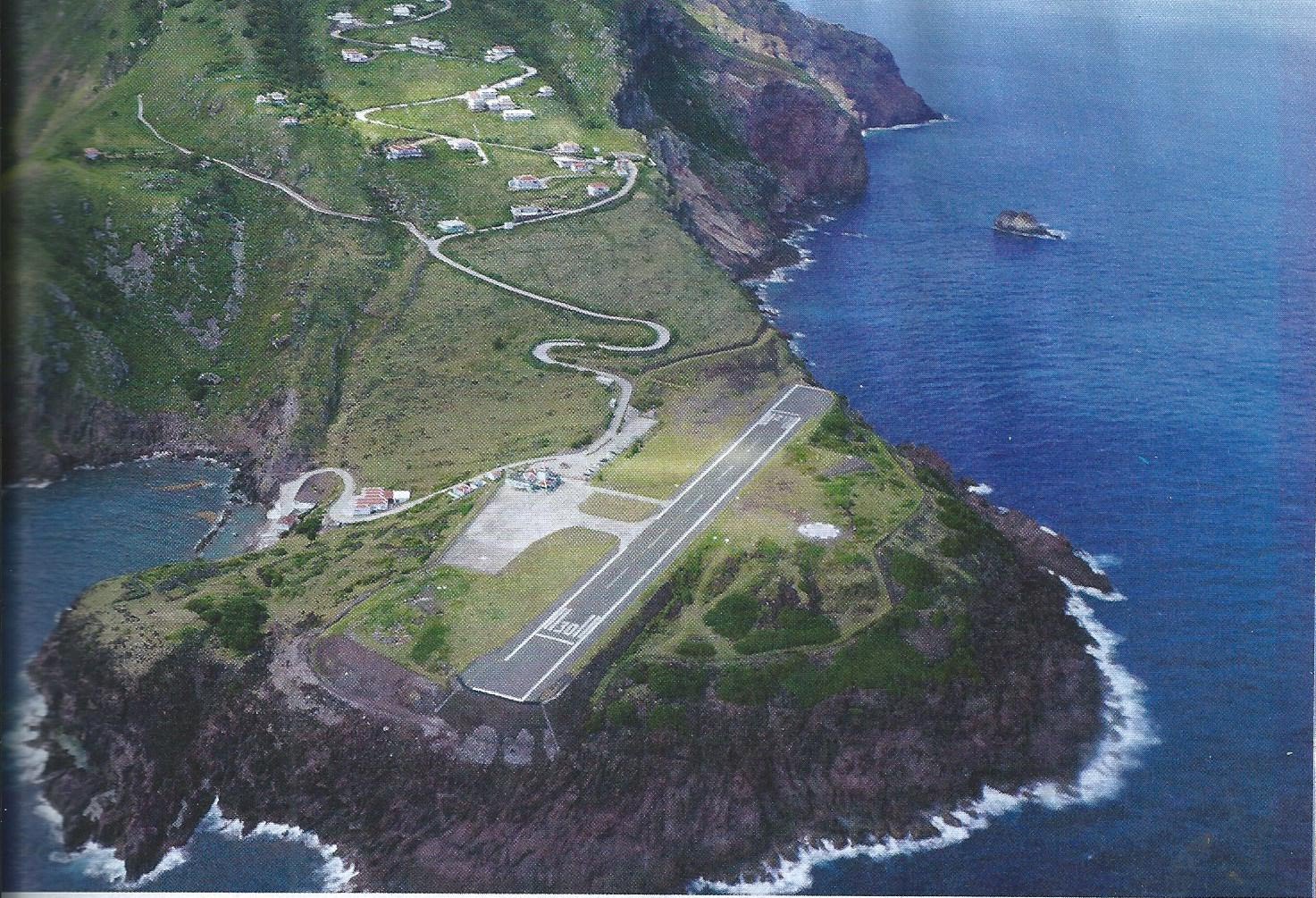 Juancho E. Yrausquin Airport is an airport on the Dutch Caribbean island of Saba. The airport has the shortest commercial runway in the world, just 396 meters (1,299 ft) long, flanked on one side by high hills, with cliffs that drop into the sea at both ends. The airport (also known as Saba airport) named after the Aruban Minister Juancho Irausquin, although is closed to jet traffic, regional airline propeller aircraft are able to land there under waivers from The Netherlands Antilles’ Civil Aviation Authority. The most common aircraft to land there are the Twin Otter and BN-2 Islander. Some aviation experts are of having similar opinion that the airport is one of the most dangerous in the world, in spite of the fact that no major tragedies have happened at the facility.

The runway is too short, so jet aircraft are unable to land at the airport. Though, smaller airplanes and helicopters are common to land at the airport. It is well-known among experienced fliers for the way in which airplanes must approach or take off from the airport. There is a small ramp and terminal on the southwest flank of the runway, and also has a designated helipad. The terminal building houses offices for Winair, immigration and security, a fire department with one fire truck and a tower. The tower is an advisory service only and does not offer air traffic control. Moreover, aviation fuel is not available on the island of Saba.

Therefore, the local airline Winair (A government-owned airline based in St. Maarten) is presently serving Yrausquin Airport, which operates daily flights to Sint Maarten aboard a de Havilland Canada DHC-6 Twin Otter. The largest airplane ever to manage flights to and from Saba is the DHC-7. However, the average flights to Saint Maarten last no longer than a quarter of an hour. There’s possibility that an airplane might overshoot the runway during landing or takeoff and end up in the sea or on the cliffs.