An “inventor’s inventor,” whose hundreds of patents underlie much of our modern technology. John Hays Hammond Jr. lives and works in a medieval-style castle, which he built on the rocky New England coast near Gloucester, Massachusetts. He has made many contributions to the development of radio, television, and radar. And his pioneering work in the field of remote-control radio, begun more than a half century ago, is basic to the guided missile program.

His early developments in frequency modulation broadcasting were the precursors of many modern radio-electronic techniques. He heads his own organization, the Hammond Research Corporation, and has served as a consultant to several firms and government agencies.

John Hays Hammond Jr. was born in San Francisco on April 13, 1888 to John Hays and Natalie (Harris) Hammond. He has two brothers, Richard P. and Harris Hammond, and a sister, Natalie Harris Hammond. His father, an American geologist and mining engineer, was closely associated with Cecil Rhodes in the exploration of the South African gold and diamond fields.

Upon returning to the United States, the senior Hammond worked as chief mining engineer for the Guggenheim family at a salary reputed to be one million dollars a year. In 1911 he served as special ambassador representing the United States at the coronation of King George V of England.

As if an illustrious father were not enough, John Hays Hammond, Jr.’s, uncle, John Hays, was one of the founders of the Texas Rangers. “As an engineer, I would always be second best to my father, and as a man of action, I could never hope to compete with my uncle,” Hammond told Richard H. Miller in an interview for True magazine (November 1960). “But I had a compulsion to compete with both. I wasn’t going to waste my life clipping stock coupons.”

Living wherever his father’s fortunes took him, Hammond grew up in England, Washington, D.C., and Gloucester, Massachusetts. He began to demonstrate his inventiveness at an early age. His father numbered among his friends such noted scientists and inventors as the Wright brothers, Thomas Alva Edison, Alexander Graham Bell, Guglielmo Marconi, and the Yugoslav inventor Nikola Tesla.

Tesla’s early studies in electric power transmission formed the basis of much of Hammond’s later work in this field. For his preparatory education Hammond attended the Lawrenceville School in New Jersey. There he developed his first invention, a circuit breaker connected to the door of his room, enabling him to circumvent the school’s eight P.M. lights-out rule.

After graduating from Lawrenceville, he attended his father’s alma mater, the Sheffield Scientific School of Yale University, from which he received the B.S. degree in 1910. Even before his graduation, Hammond was intrigued by the prospect of remote control by radio, but he was afraid that some other inventor might have staked out a prior claim to the field.

To familiarize himself with the latest developments in this area, he took a job as file clerk in the Patent Office in Washington, D.C. In the course of the next two years, he became an authority on patents in radio and telephony. He also became convinced that the field of remote radio control was wide open and was ready to begin his own work.

Aided by his father, Hammond established the Hammond Radio Research Laboratory in 1911. His initial outlay for equipment came close to a quarter of a million dollars, but as he later said: “I had an eminently successful father who was both willing and able to support my costly experiments.”

When for the first time he succeeded in controlling a boat by radio his excitement was so great that he forgot to turn off the controls, and the boat was wrecked on the rocks. It was soon replaced, however, and before long his crewless “ghost ship” was frightening the fishermen in Gloucester Bay.

When, on the eve of World War I, Hammond successfully incorporated a gyroscope into the boat’s receiving system, he established the basis of all radio control. Using this Gyrad principle (the blending of gyroscope and radio), he was able, in March 1914, to send an experimental yacht from Gloucester to Boston and back, 120 miles, without any human control on board.
Advertisement

After perfecting Gyrad, Hammond went on to develop a system to prevent enemy jamming of radio orders and to work on a radio-guided torpedo. He also designed many other devices for military and civilian radio communication. By 1916 he held over 100 patents of military value and the War Department asked Congress to appropriate $750,000 to pay him for their use.

Although the House approved the appropriation the Senate failed to do so, and it was not until 1932 that Hammond finally was reimbursed. Earlier Hammond had been in some difficulty with the government over a light incendiary bomb that he had invented in 1914.

Neither the American government nor the British government was interested in buying the bomb, but when incendiary bombs started showering London during World War I, Hammond was accused of selling out to the Germans. It was only when one of his former employees was caught spying and confessed to having stolen the plans for the bomb that he was fully cleared.

Another of Hammond’s early inventions an “electric dog” with selenium cell “eyes” that enabled it to follow a moving beam of light was a step toward the development of radar. The proved a sensation when it was sent on a vaudeville tour, and it later served as a model for the artificial animals now used for psychological study.

In the field of radio Hammond conducted some of the earliest experiments in frequency modulation broadcasting, invented single-dial tuning for radio, filed a patent for telephone amplification (purchased by the Bell Telephone Company for use on its long-distance lines), and made substantial contributions to the development oi the modern radio tube. In 1923 the Radio Corporation of America bought his patents in this field for $500,000.

During the I920’s Hammond began to a private communications system that operated by means of radio telephony. After having first offered such a system to the Vatican. He was approached, in 1926, by Italian dictator Benito Mussolini, who was anxious to obtain a secret communications system. Hammond was greatly impressed by the speed and efficiency with which the dictator was able to make all the needed equipment available to him.

He was soon disillusioned, however, when he found that his system was being used to trap surviving anti- Fascists, among them several Hammond’s personal friends. During World War II Hammond was active in the development of various national defense projects, and he worked for a time with the Scientific Research and Development in Washington, D.C.

In 1943 John Hays Hammond Jr. developed a variable pitch propeller that ensures the most effective use of a ship’s power according to operating conditions of the moment. His more recent inventions include a high-speed method of transmitting civilian defense intelligence, known as “Tele spot,” and an electronic teaching machine that he developed with a colleague.

In 1961 he worked on a project, sponsored by the United States Navy, for broadcasting from a single station to any part of the world and into outer space. His pioneering work on radio dynamic torpedoes used by the Allies in World War I and World War II forms the basis of the present-day development of intercontinental ballistic missiles.

One of Hammond’s main interests is music, and it has served as a stimulus for additional projects, which he developed with the help of such friends as Serge Koussevitzky, Igor Stravinsky, and Leopold Stokowski.

His inventions in this field include a “dynamic amplifier” for the compression, expansion, and reduction of noise in audio systems; a new type of reflecting modulator for pianos; an “accentor” for improving the tonal quality of pipe organs; and the “Oirafon,” a combination piano, radio, and phonograph.

Among Hammond’s lesser inventions are a naval war game for adults, a toy locomotive for children, a painless stove (its aluminum foil surface is thrown away after each use), a mobile apartment unit, a device for injecting sauces into roasts, and a magnetized tray that prevents food from spilling into the laps of air travelers.

He also invented a luxury shaving cream that proved too expensive to market and a hair restorer that failed to improve his own balding condition. Hammond’s home and laboratory are in “Abbadia Mare,” a medieval-style castle near Gloucester, Massachusetts, which he began to build in the 1920’s to house his collection of medieval art and artifacts.

It overlooks the Reef of Norman’s Woe, the site of Henrj Wadsworth Longfellow’s The Wreck of the Hesperus. Complete with a moat and drawbridge, towers, battlements, and narrow stone staircases, it incorporates in its structure portions of various European buildings.

One bedroom had been an inquisition chamber; other rooms are composed of what were once a beer hall, an inn. a catacomb, and the adjunct to a cathedral. An inner courtyard with a Roman pool is surrounded by tropical foliage, which is kept lush by artificial rainstorms.

The outstanding feature of the castle is its Great Hall with an eight)’-five-foot tower, designed to house a gigantic pipe organ, which Hammond began to assemble in the 1920’s. This instrument, which has 10,000 pipes, four manuals, and 1-44 stops, many of which were taken from old churches, is one of the most magnificent in the world.

Occasionally organ recitals are given in the (neat Hall, which seats about 200 persons. Such noted organists as Virgil Fox and Richard Ellsasser have used the organ to make recordings. Hammond, who serves as director and curator of the castle museum, opens the castle to the public during July and August. 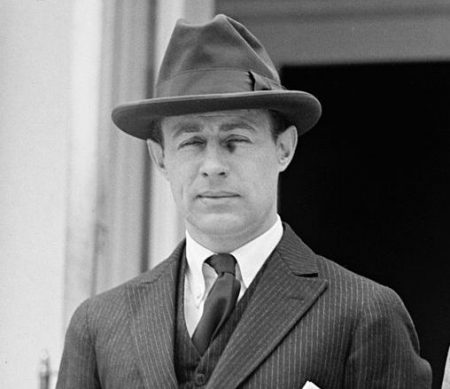 He has served on advisory boards concerned with national defense and has acted as a consulting engineer for several firms, including the General Electric Company and the Westinghouse Electric Corporation. He is president of the Hammond Research Corporation and serves as a research consultant and a director of the Radio Corporation of America.

Hammond was awarded an honorary ScD. degree by George Washington University in 1919. He received the Elliott Cresson Award of the Franklin Institute in Philadelphia in 1959, and in the same year the Institute of Radio Engineers conferred upon him its Fellow award. He is a Grand Officer of the Crown of Italy.

An early member of the Institute of Radio Engineers, Hammond is a former treasurer and director of that organization and has served as chairman of its special committees on membership and finance. He is a governor of the Aero Club, vice-president of the American Society of Aeronautical Engineers, and a Fellow of the American Geographic Society.

John Hays Hammond. Jr. was married to the former Irene Fenton, an artist, who died in December 1959. They had no children. Hammond is five feet eight inches tall, weighs 170 pounds, and has brown eyes, thinning brown hair, and what has been described as a “Byronic profile.”

He lives in his castle with a staff of servants, his English butler, and several generations of Siamese cats. John Hays Hammond Jr. generally chesses informally, dislikes crowds, and chooses as his companions’ artists, musicians, actors, and playwrights. He was a connoisseur of fine wines, and his interests include astrology and sailing.

A seasoned world traveler, he has taken part in expeditions to Venezuela and Labrador. Taking the advice of Alexander Graham Bell, he does most of his work late at night. According to Richard H. Miller, Hammond is “a man who has done exactly what he wanted to do, exactly as he planned to do it, and has relished every moment of it. John Hays Hammond Jr. was died on February 12, 1965 in New York. 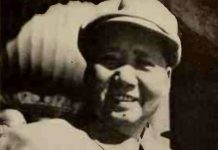 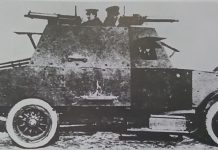 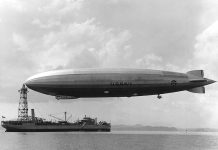 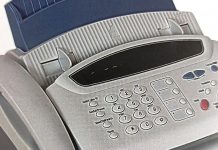 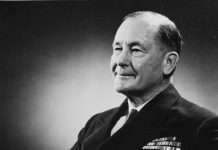