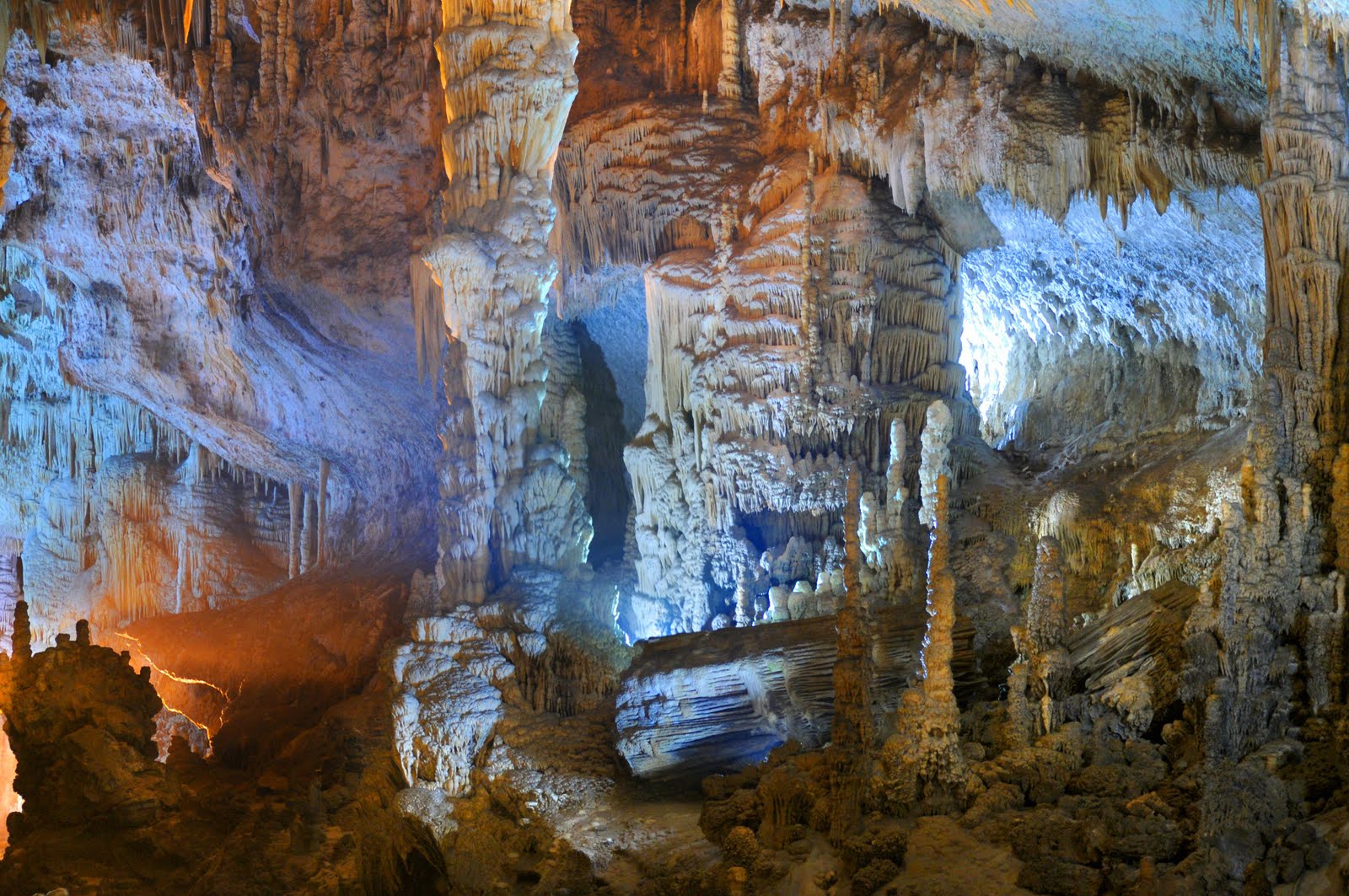 Jeita Grotto is actually a cave system stretches about 9 kilometers into the mountains 18km northeast of Beirut. Jeita Grotto is one of greatest natural wonders, discovered in 1836 by Reverend William Thomson; and opened as a tourist attraction in 1969. During civil war, the caves were used as an ammunition store, now interconnected, karstic limestone caves are situated in the Nahr al-Kalb valley within the locality of Jeita. Though inhabited in prehistoric times, the lower cave was not rediscovered until 1836 it can only be visited by boat since it channels an underground river that provides fresh drinking water to more than a million Lebanese. These lower caves are always explored by small boat and are closed when the flood levels rise too high. However, the extraordinary upper cavern stays open all year and is explored on foot or via a cable car. It has strategically positioned colored lights that showcase the stalactites and stalagmites in all their crystalline glory. Moreover, the upper galleries house the world’s largest known stalactites are composed of a series of chambers the largest of which peaks at a height of 390 feet.

The Lebanese speleologists discovered the upper galleries 60 metres above the lower cave in 1958. This has been accommodated with an access tunnel and a series of walkways to enable tourist’s safe access without disturbing the natural landscape. In spite of all kinds of tatty side attractions the site remains a spectacular day trip from Beirut, but keeps in mind that there’s no photography allowed. Geita Grotto is Lebanese national symbol and most famous tourist spot, plays an imperative role in social, economic and cultural player in the country. Geita Grotto was one of top 14 finalists in the New 7 Wonders of Nature competition.

The Jeita caves are solutional karst caves, formed more than millions of years due to the dissolution of limestone, dissolved by carbonic acid charged rain water and groundwater. Thus, when the limestone, were originally waterproof, contains cracks produced by tectonic forces the water oozes into the rock and starts to widen the cracks and solute caves inside the layers Jeita is the longest cave complex in the Middle East geologically, the caves provide a tunnel or escape route for the underground river, which is the principal source of Nahr al-Kalb.

The Jeita grotto is the longest explored cave in Lebanon, hosts approximately 280,000 visitors per year. Moreover, the Jeita cave emits a spring with a flow ranging from 1–2 m3/s, providing fresh drinking water for one-and-a-half million inhabitants of the capital, Beirut. However, water pollution, due to domestic and agricultural runoff, remains a serious concern as recent analysis detected an increasing presence of coliform bacteria.

The name of the cave changed many times since its discovery. Initially it is called as Grottoes of Nahr al-Kalb, also known as Djaita, Jehita, and finally Jeita meaning “roaring water”. Nahr al-Kalb is the name of the river that runs through the grottoes. The Jeita grotto contains a lot of touristic attractions that fill the visitor’s time with enjoyment and happiness. The main attractions include ropeways, train, miniature zoo, gardens and many sculptures.