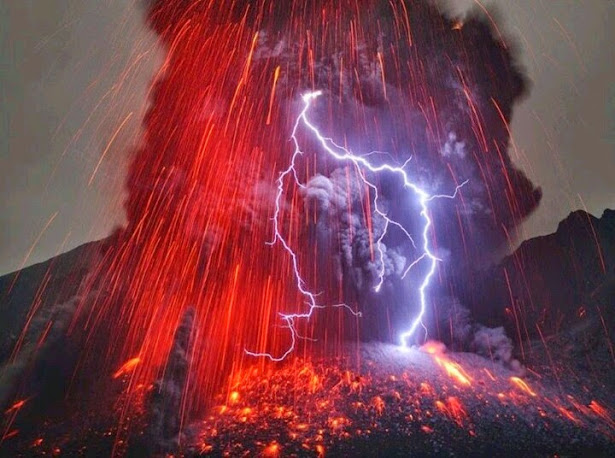 Japan could be nearly destroyed by a huge volcanic eruption over the next century, putting almost all of the country’s 127 million-strong population at high risk, according to a new study. It is not an overstatement to say that a colossal volcanic eruption would leave Japan vanished as a country,” Kobe University earth sciences professor Yoshiyuki Tatsumi and associate professor Keiko Suzuki said in a study publicly released in this week. The specialists said they analyzed the scale and frequency of volcanic eruptions in the archipelago nation over the past 120,000 years and considered that the probabilities of a devastating eruption at about 1 % over the next 100 years. The ch ance of a foremost earthquake striking the city of Kobe within thirty years was projected at about 1 % just a day before a 7.2-magnitude quake demolished the Japanese port city in 1995, killing approximately 6,400 people and injuring almost 4,400 others, the study noted. So, it’d be no wonder if such a colossal eruption occurs at any moment,” it added.

The new research comes weeks after Japan’s Mount On take erupted without warning kills 57 people and leaving at least six others missing in the country’s deadliest volcanic eruption in almost 90 years. The Kobe University researchers said their study was critical since Japan is home to about 7% of the volcanoes that have erupted over the past 10,000 years. A disaster on the southernmost main island of Kyushu, which has been struck by 7 gigantic eruptions over the past 120,000 years, would observe an area with more than seven million people buried by flows of lava and molten rock in just two hours, they said. Volcanic ash would also be carried by westerly winds toward the main island of Honshu, making almost all of the country “unlivable” because it is strangled infrastructure, including important transport systems, they said. It’d be “desperate” trying to save around 120 million living in key cities and towns across Honshu, the study said. This expectation was based on geological findings from the eruption of a gigantic crater, 23 kilometers (14 miles) across, in southern Kyushu around 28,000 years ago. The study also called for new technology to precisely grasp the state of “magma reservoirs” which are feast across the earth’s crust in layers a few kilometers deep.