The Indian Roller (Coracias benghalensis), in Telugu it is called “paala pitta” is a member of the roller family of birds. Three subspecies are generally recognized. However the nominate form can be found from West Asia (Iraq, Arabia) east across the Pakistan, Sri Lanka and within India north of the Vindhyas mountain ranges. The subspecies “indicus” is mainly found in peninsular India and Sri Lanka.

The southern bird form has a darker reddish collar on the hind neck which is missing in the nominate form. The race “affinis” of northeastern India and Southeast Asia (Thailand, Myanmar, Indo-china). It is sometimes considered a full species, but within the Indian region, it is seen to intergrade with benghalensis.

The form “affinis” is darker, larger and has a purplish brown and un-streaked face and breast. Moreover it has under-wing coverts in a deeper shade of blue. The Indian roller is widely distributed across Asia, and the islands of Lakshadweep and “Maldive Islands” into Southeast Asia. The bird main habitat is cultivation, thin forest and grassland. They’re frequently seen perched on roadside electric wires. These birds are usually seen perched on prominent bare trees or wires.

They descend to the ground to capture their prey which may include insects, arachnids, little reptiles including “Calotes versicolor” & little snakes and amphibians. Therefore fires attract them and they’ll also follow tractors for disturbed invertebrates. In agricultural habitats in southern India, they have been seen at densities of about 50 birds per km2. They perch mainly on 3 to 10 meter high perches and feed mostly on ground insects.
Advertisement

Approximately 50% of their prey is beetles and twenty five per cent made up by grasshoppers and crickets. The Indian Roller feeding behavior is habitat usage are very similar to that of the black “drongo”. During summer, they may also feed late in the evening and make use of artificial lights and feed on insects attracted to them. A local Hindi name is neelkanth,meaning “blue throat”.

They’re attracted to swarms of winged termites and as many as 40 birds have been seen to perch on a 70 meter stretch of electric wires. Their habit of feeding near roadsides sometimes results in collisions with traffic. A decline in the numbers of these birds seen along roadsides in northern India has been noted.

This is an aerobatic display bird, with the twists and turns that give this species its English name. The breeding season starts from March to June, to some extent earlier in southern India. The bird displays when perched include bill-up displays, bowing, “allopreening”, wing drooping and tail fanning.

The holes created by woodpeckers or wood boring insects in palms are favored for nesting in few areas. Moreover nest cavities may also be made by tearing open rotten tree trunks or in cavities in building. The cavity is typically unlined and is made up mostly of debris from the wood.

The normal clutch contains 3 to 5 eggs, which is normally in white and broad oval or nearly spherical. The both male and female incubate the eggs for about 17 to 19 days. The young bird fledges and leaves the nest after near a month. Nearly 80% of the eggs hatch and fledge. The call of the Indian roller is a harsh crow-like “chack” sound. It also makes a variety of other sounds, including metallic “boink” calls.

It is particularly vociferous during the breeding season and the bird bathes in open water by plunge-diving into it, a behavior often interpreted as fishing. But it may sporadically attempt fishing from water. Moreover adding its chopped feathers to grass and feeding them to cows was supposed to increase their milk yield. The Indian roller has been selected as the state bird by the Indian states of Bihar, Andhra Pradesh, Telangana, Karnataka and Odisha. 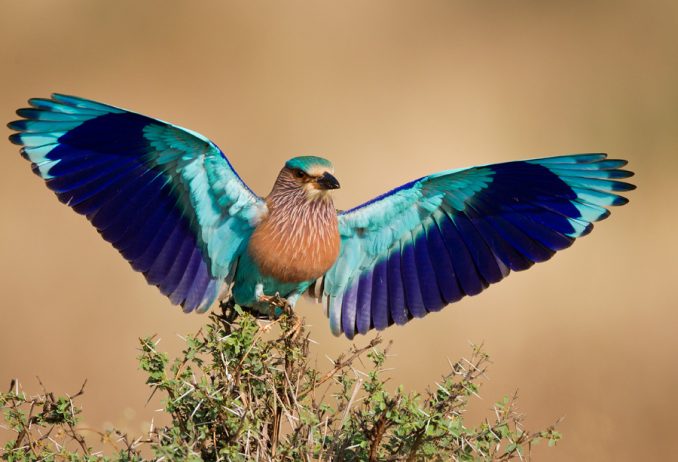 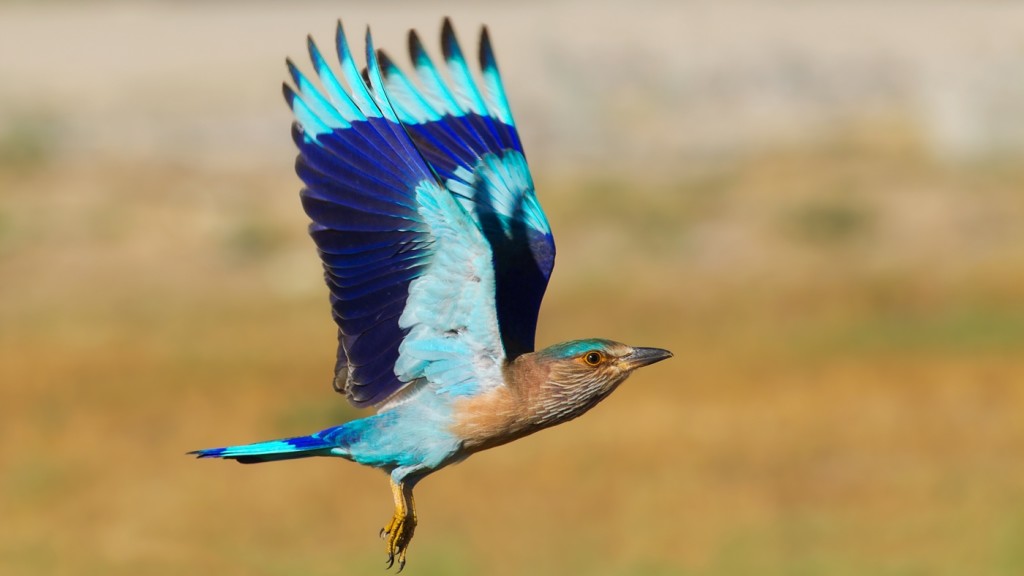 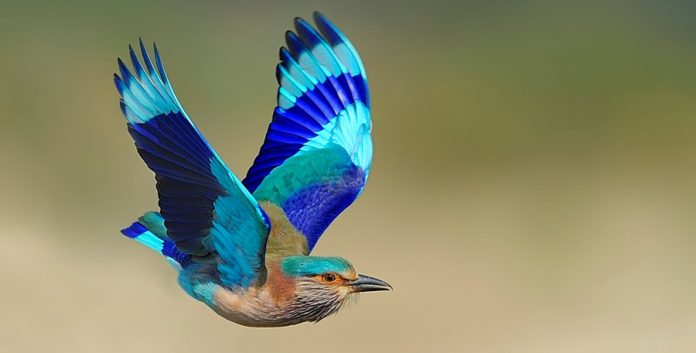 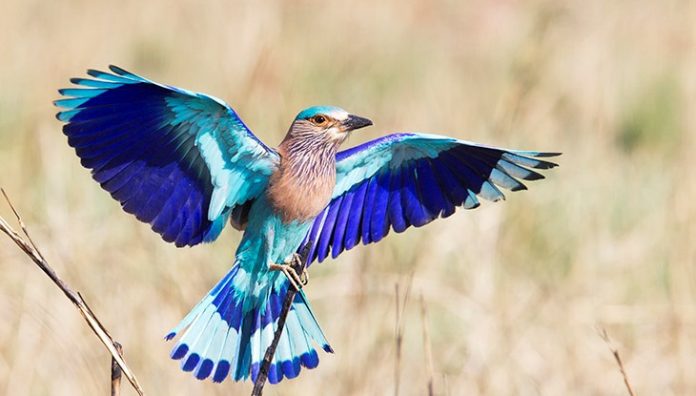 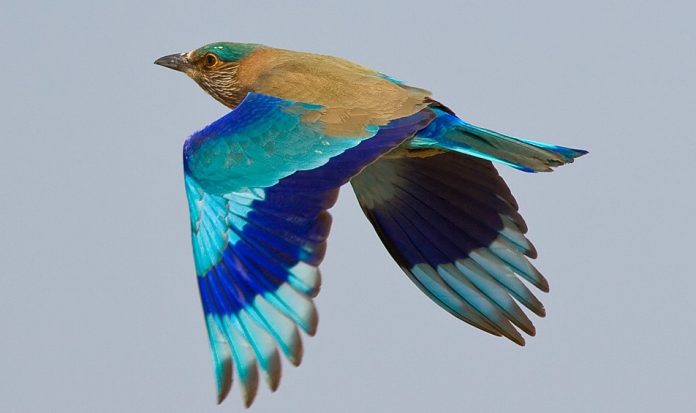 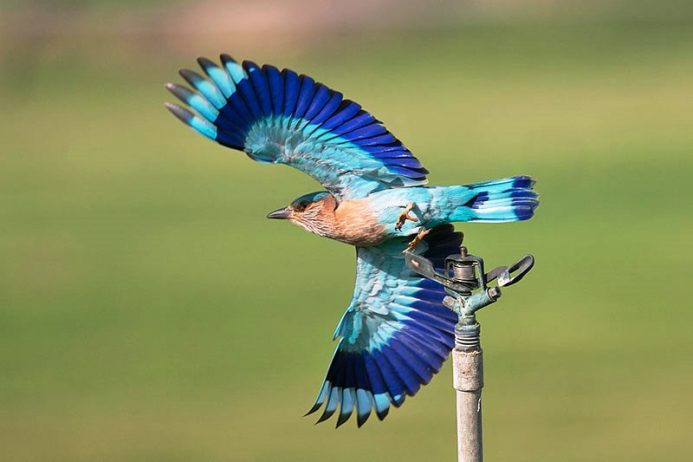 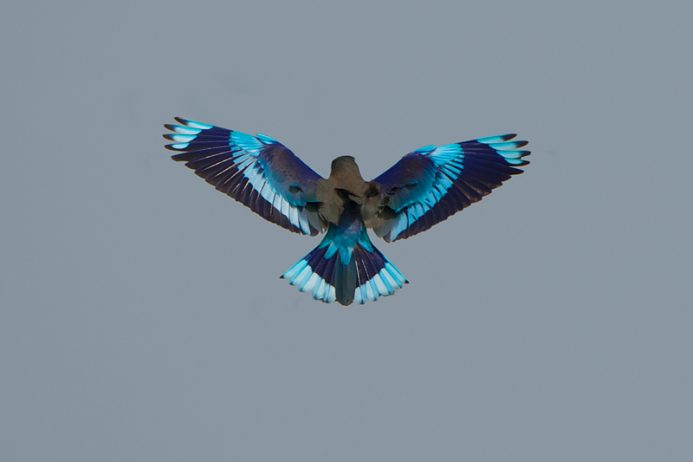 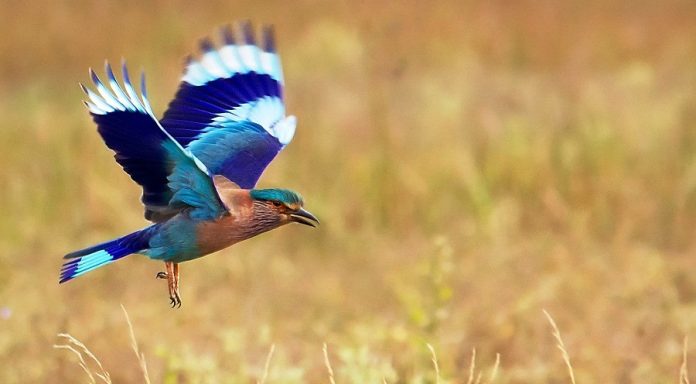 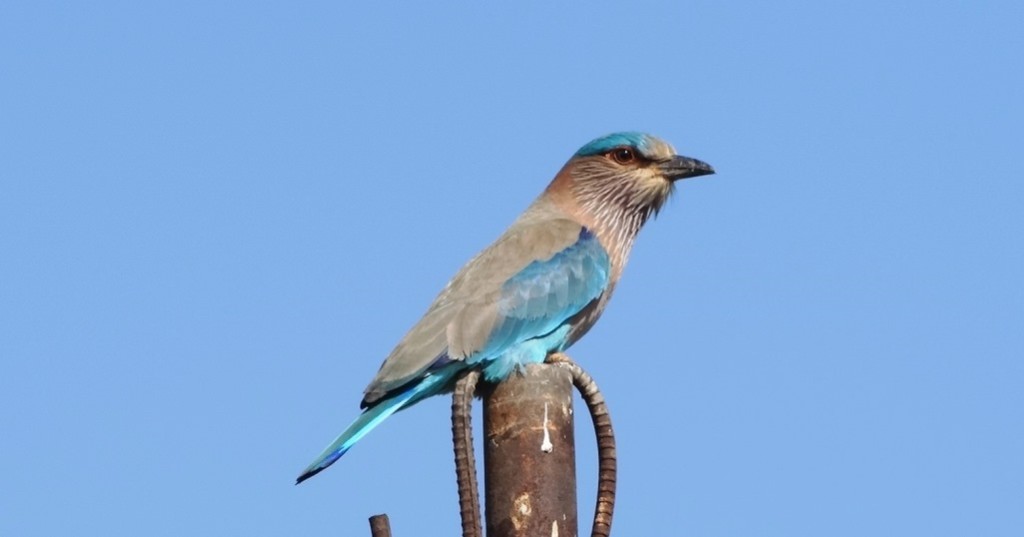