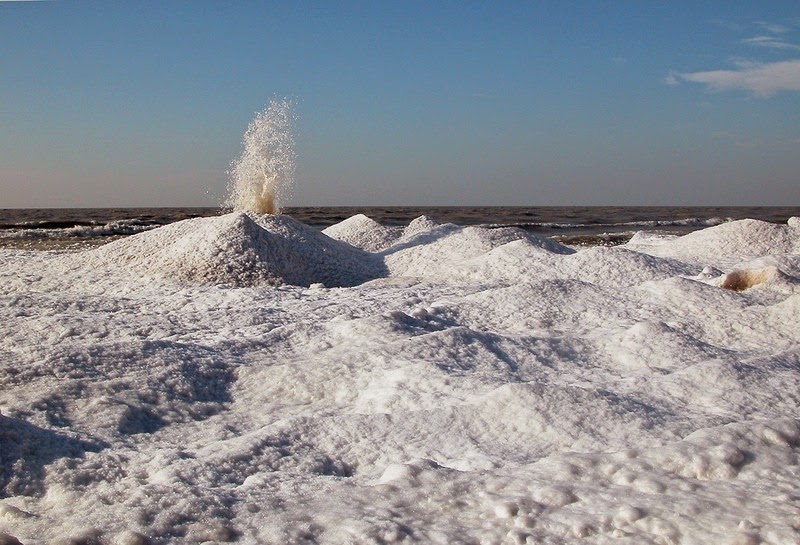 During the winter months, when the Great Lakes in North America freezes over. There is an exclusive feature often called ice volcano starts forming along the edge of the frozen lakes. When the winter ice starts to build along the shores of large lakes. The strong winds blowing onshore and wave motion on the waters break up the ice. They start piling on top of each and building what is recognized as an ice shelf. Moreover amongst the plentiful ice blocks comprising a shelf, numerous develop cracks.

Waves coming into shore from deeper water strike the edge of the ice shelf. Which trigger off them to go under the ice and as the water depth becomes shallow. Then the potent energy in the wave causes it to rise up. It is just like a tsunami. Thus when the energetic wave finds a crack on the ice sheet. It reasons the water to sprout making an Ice Volcano. If the hole is covered with snow, the eruption may spray snow outward alike

Further, a more suitable name for these sprouting water holes would have been ‘blowholes’. But ice volcano really grows just like their geological cousins. When the ejected water falls back onto the ice, it rapidly freezes and starts to form an ice cone. This is the process very related to the building of a lava cone surrounding a geologic volcanic vent. Though the ice cones range in size from 3 feet to more than 30 feet high. But it spews a mixture of icy cold water and chunks of the ice itself.

Moreover not all ice sheets develop ice volcanoes to build a good Ice volcano cone. This has to require a unique set of conditions and the surface air temperature must be some degrees below freezing. And lake waves more than a few feet high and breaking onshore. Which is perhaps why they’re seen at very few places. Such as on the shores of Lake Michigan, Lake Erie, and Lake Superior. 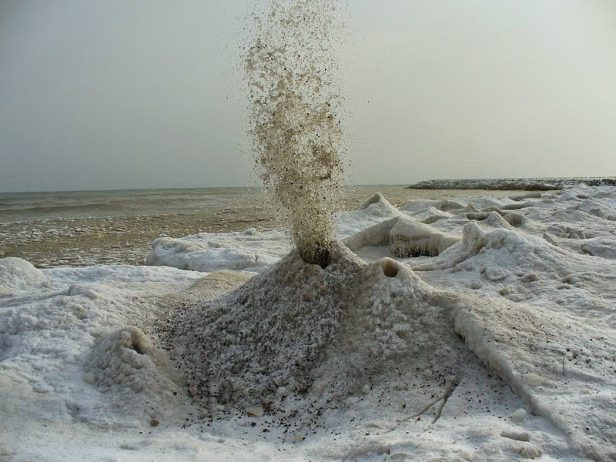 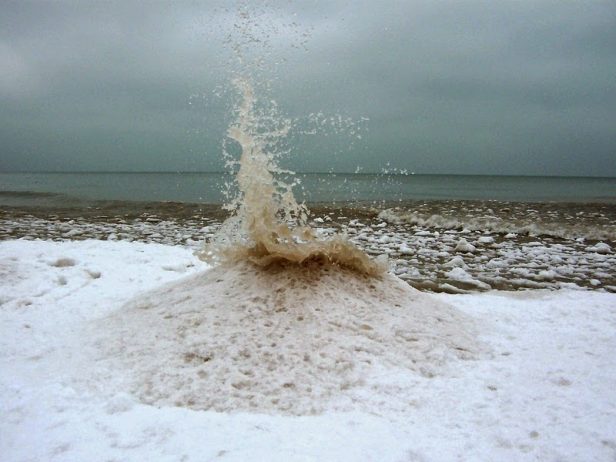 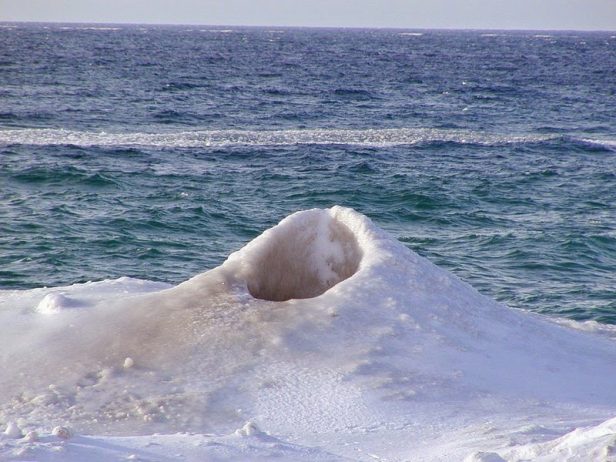 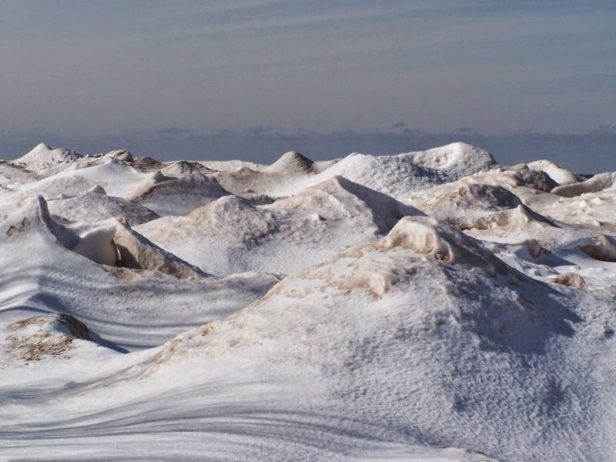 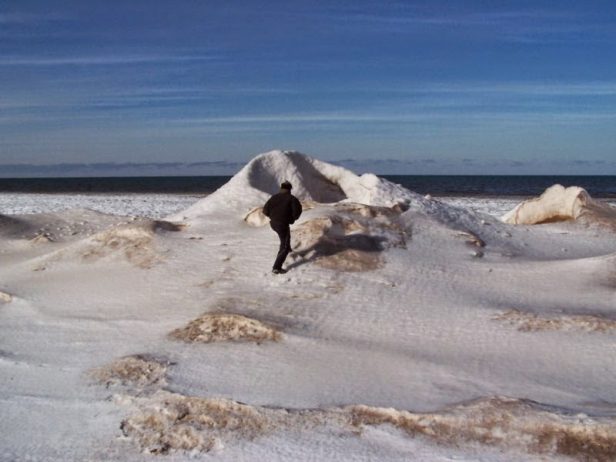 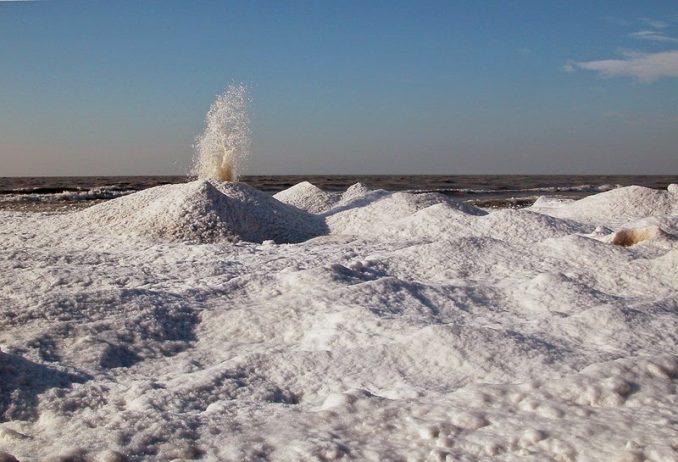 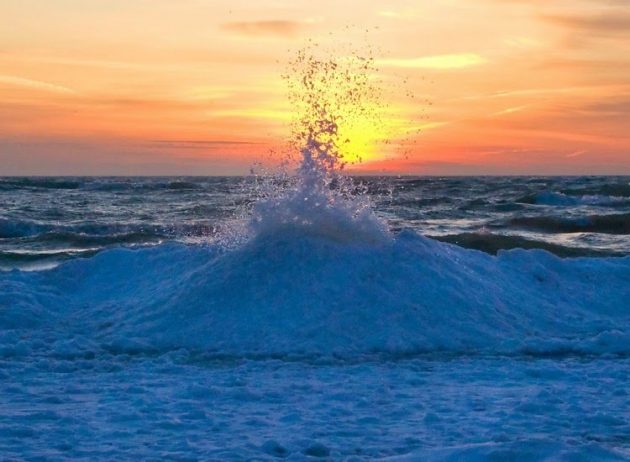 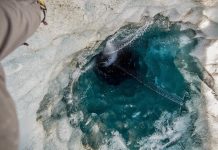 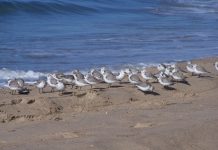 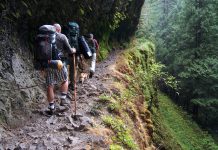