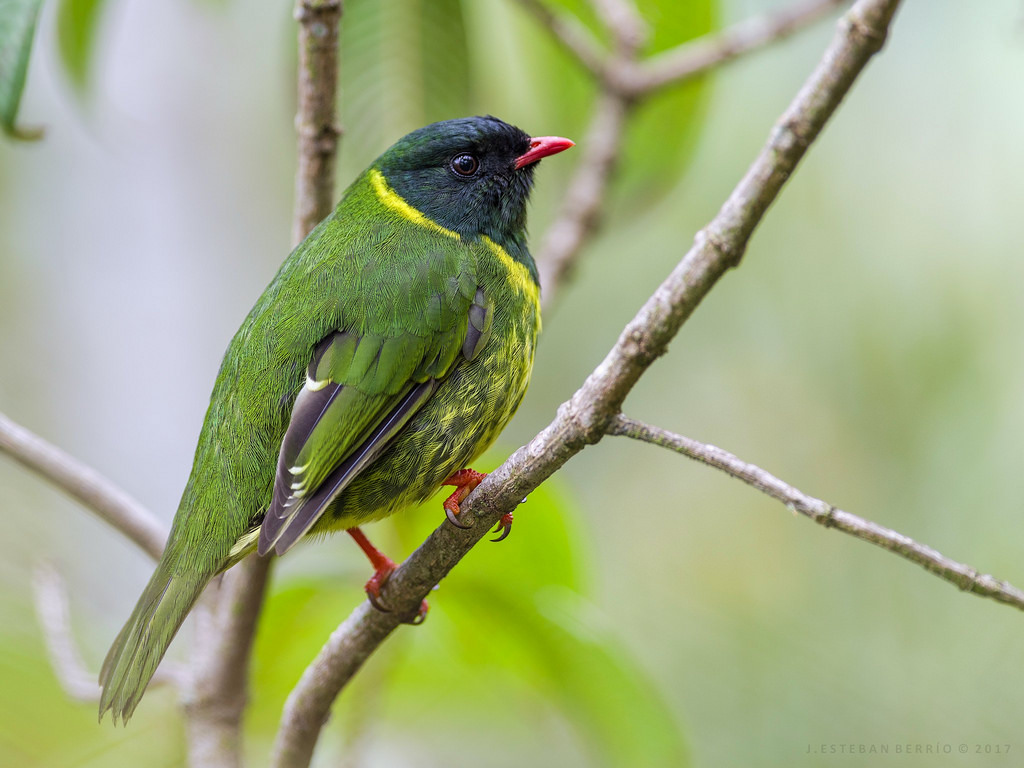 The Green and Black Fruit Eater are also called “Pipreola riefferii” is a species of bird in the family Cotingidae. Cotingas have broad bills with hooked tips, rounded wings, and strong legs. The green & black fruiteater can found in Colombia, Ecuador, Peru, and Venezuela.

The bird species is native to the lower and mid-level mountain forests on the eastern side of the Andes in South America. Its range extends from southern Venezuela to northern Peru and it’s altitudinal range is between 1,500 and 2,700 m above sea level.

This species is more often seen in small flocks then some other fruiteater. As suggested by this species’ name, these birds mostly eat fruit or insects. They usually construct cup shape nests, while males will mate with several females. Hence, the females alone care for the eggs and the young one.

The Green and Black Fruit Eater is a plump, stocky bird with a length of about 18 cm only. The adult male bird has a black head, throat, and chest glossed with green and mid-green upper parts, with pale tips to the tertial feathers of the wings. They are is a yellow rim to the dark chest and the underparts are otherwise yellowish, usually mottled or streaked with green.
Advertisement

However, female bird is alike to the male apart from the replacement of the black areas by green, and the absence of the yellow necklace. In both sexes, the iris of the eye is reddish-brown, and the legs and bill are orangish-red. The bird song is a high-pitched “ts-s-s-s-s-s-s” lasting only a few seconds, slowing and sometimes fading as it winds down.

However, somewhat rare the Green and Black Fruit Eater has a very wide range. The bird’s range and population size this species is not classified as vulnerable. The bird population size has not been quantified but seems stable and the International Union for Conservation of Nature has assessed the conservation status of the bird as being of “least concern”. Also, Read! Tunki! A Large Passerine Bird of South America