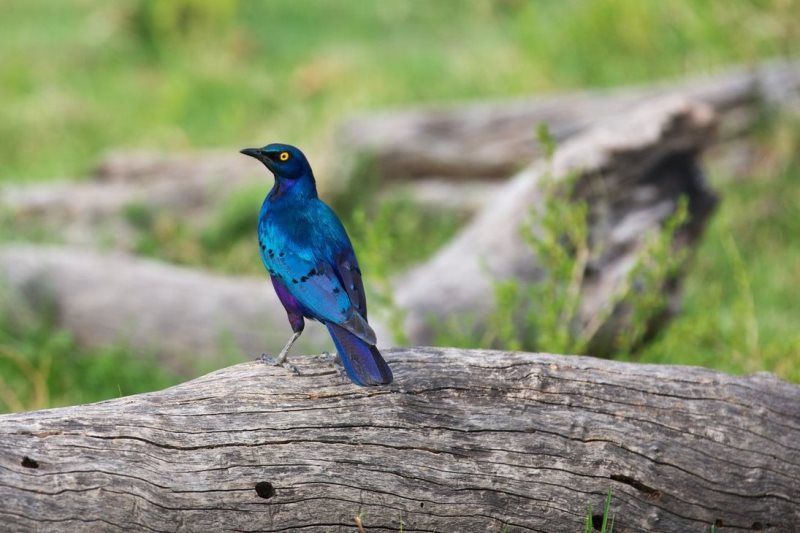 The greater blue-eared starling or “greater blue-eared glossy-starling” (Lamprotornis chalybaeus) are so spectacular to look at that the birder totally forgets about all identification clues as soon as he or she gets her bino’s onto the bird.

The bird adopts seasonal migration and common species of open woodland bird. When you see this bird, first you’ll look at his eyes, a vivid and psycho looking orange eye captivate your notions for a while.

The bird is 22-cm long short tailed bird, and glossy blue-green bird with a purple-blue belly and blue ear patch its iris is bright yellow or orange. Both male and female are same however; juvenile is duller and has blackish brown underparts. Sometimes the bird is considered to be a separate subspecies, L. c. sycobius.

Therefore, the lesser blue-eared starling is alike to this species, nonetheless the blue of the belly does not extend forward of the legs. The starling blue eared bird has a musical or grating calls, however, the most familiar is a nasal squee-ar. Both male and female built the nests comprising of a simple pad of dry grass and feathers placed in a tree cavity, either natural or an old woodpecker or barbet hole.

The birds naturally have nests in holes in trees, either natural or excavated by woodpeckers or barbets. The nest normally have 3 to 5 eggs, mostly greenish blue with brown or purple spots and hatch in 13 to 14 days. The chicks leave the nest normally in 23 days after hatching.

This attractive bird is parasitised by the great spotted cuckoo and occasionally by the greater honeyguide. Though the global population size has not been measured, but the species is reported to be common to abundant.

Moreover, this greater blue-eared starling is highly outgoing and will form big flocks, often with other starlings. However, its roosts, in reedbed, thorn bushes, or acacia, may also be shared.

The greater blue eared starling is an omnivore, taking invertebrates seeds and berries, particularly figs, but is diet is mainly insects taken from the ground. Farthermore, it will perch on livestock, feeding on insects disturbed by the animals and sporadically removing ectoparasites. 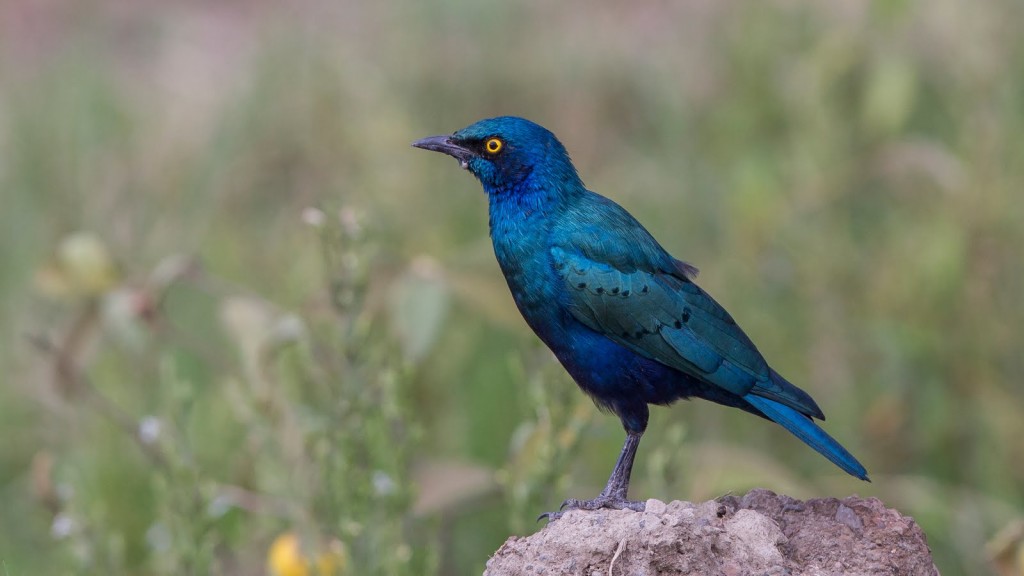 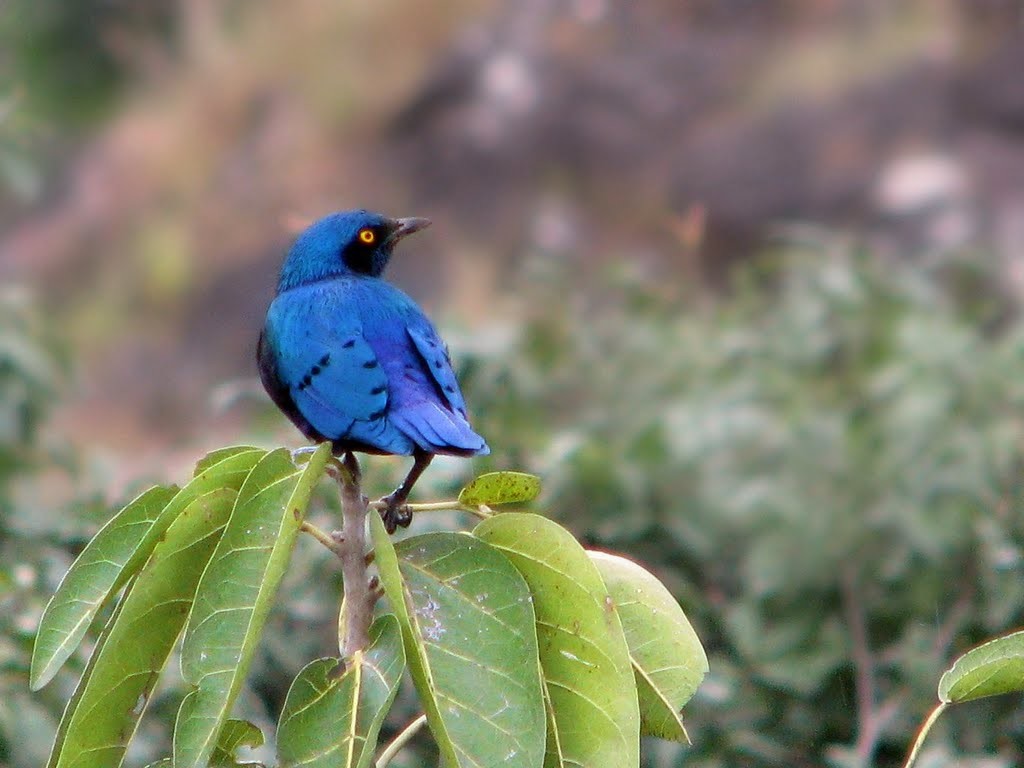 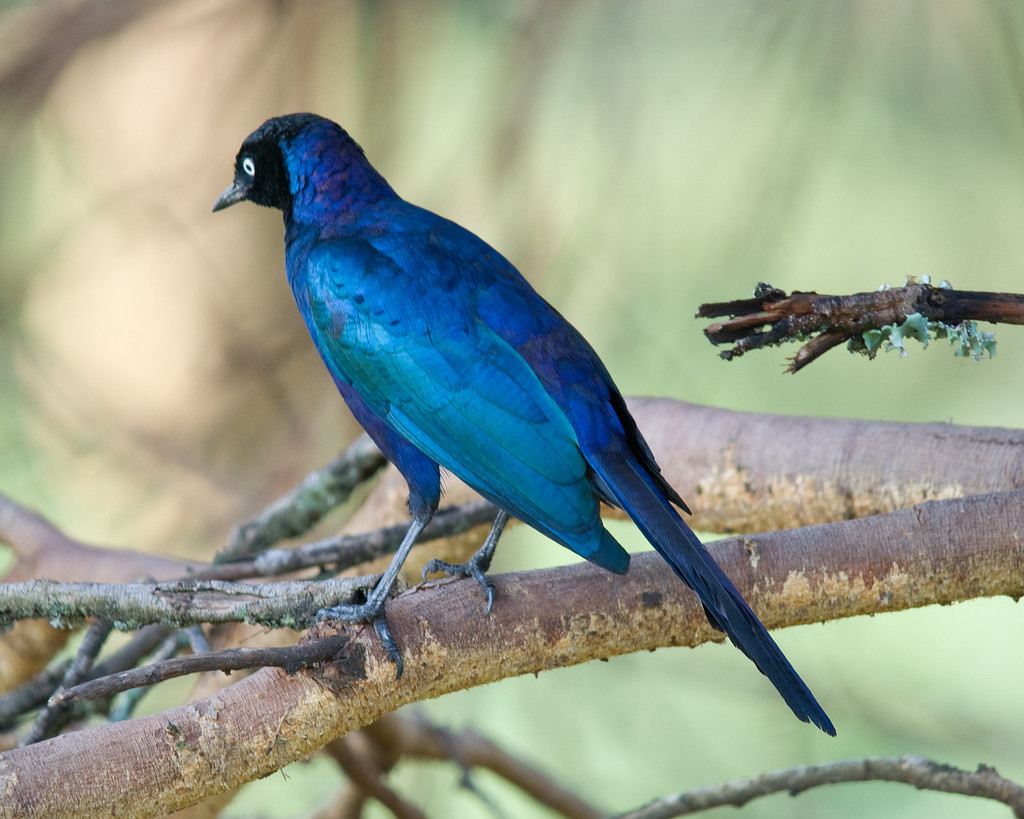 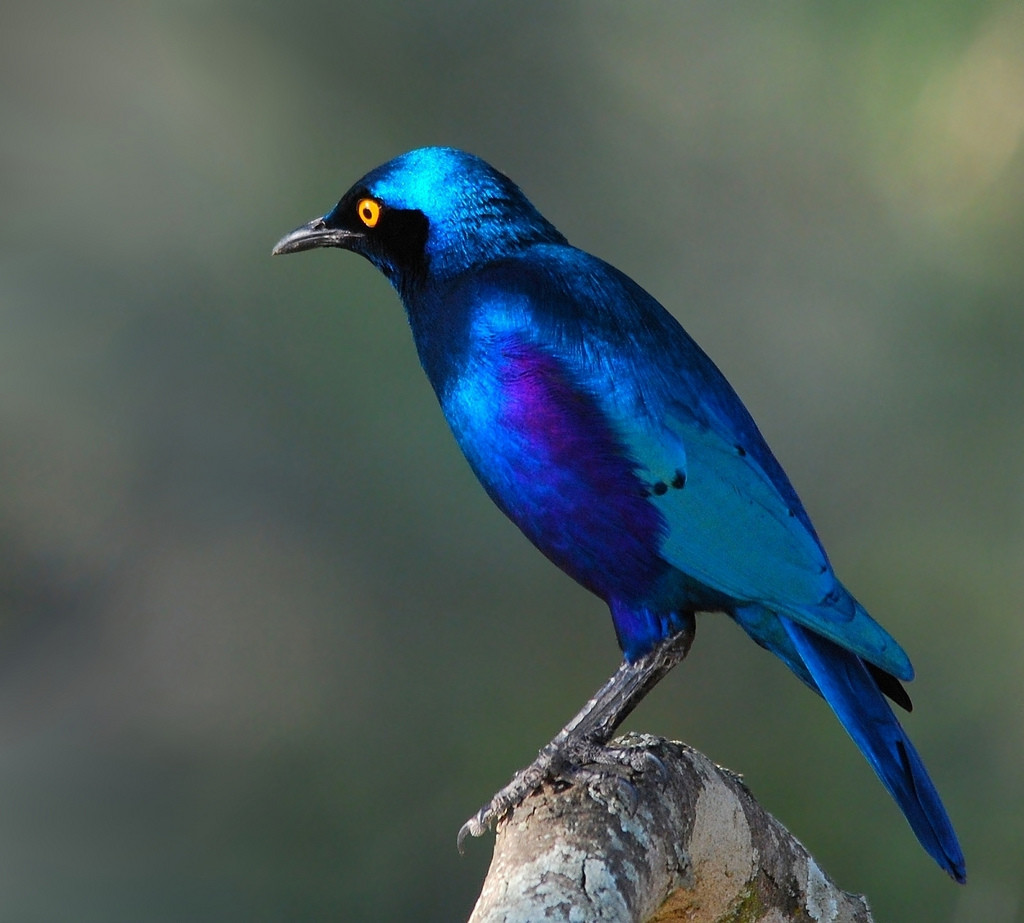 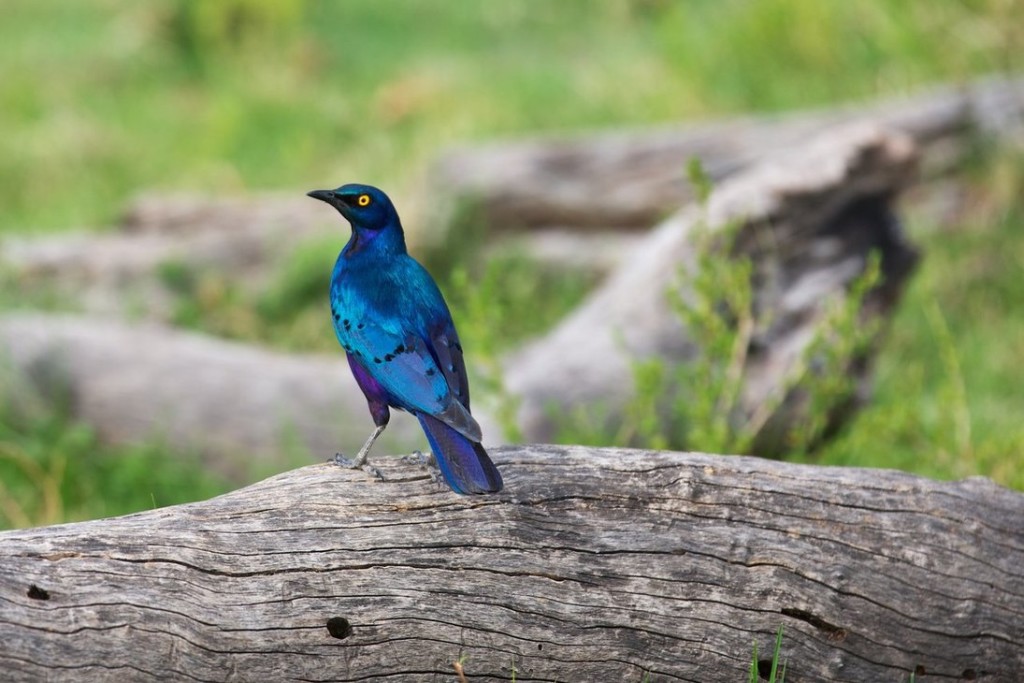 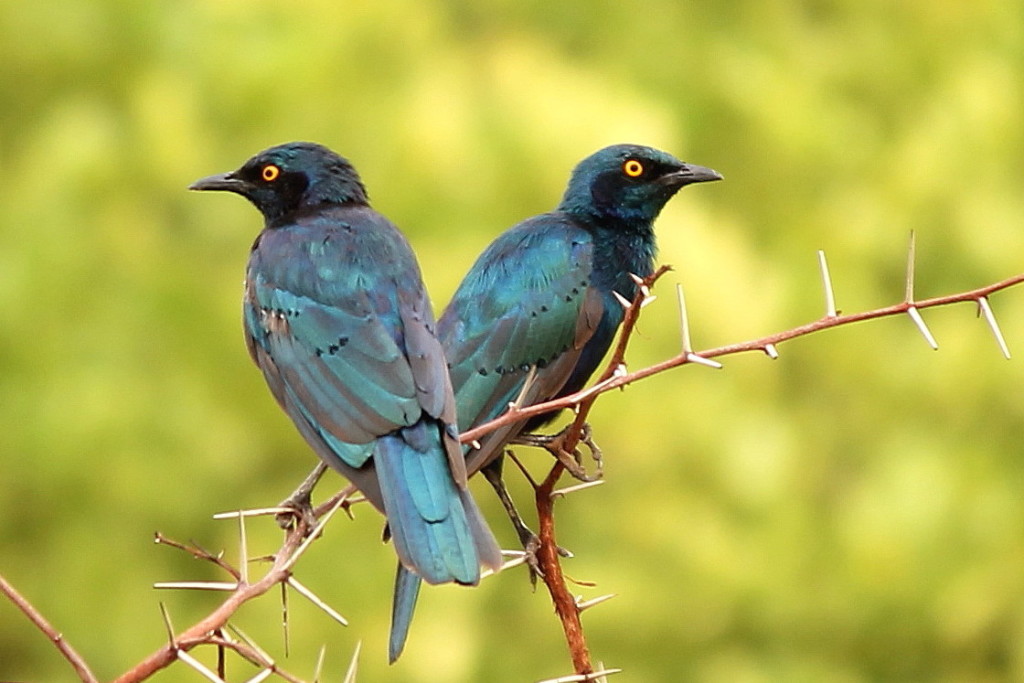 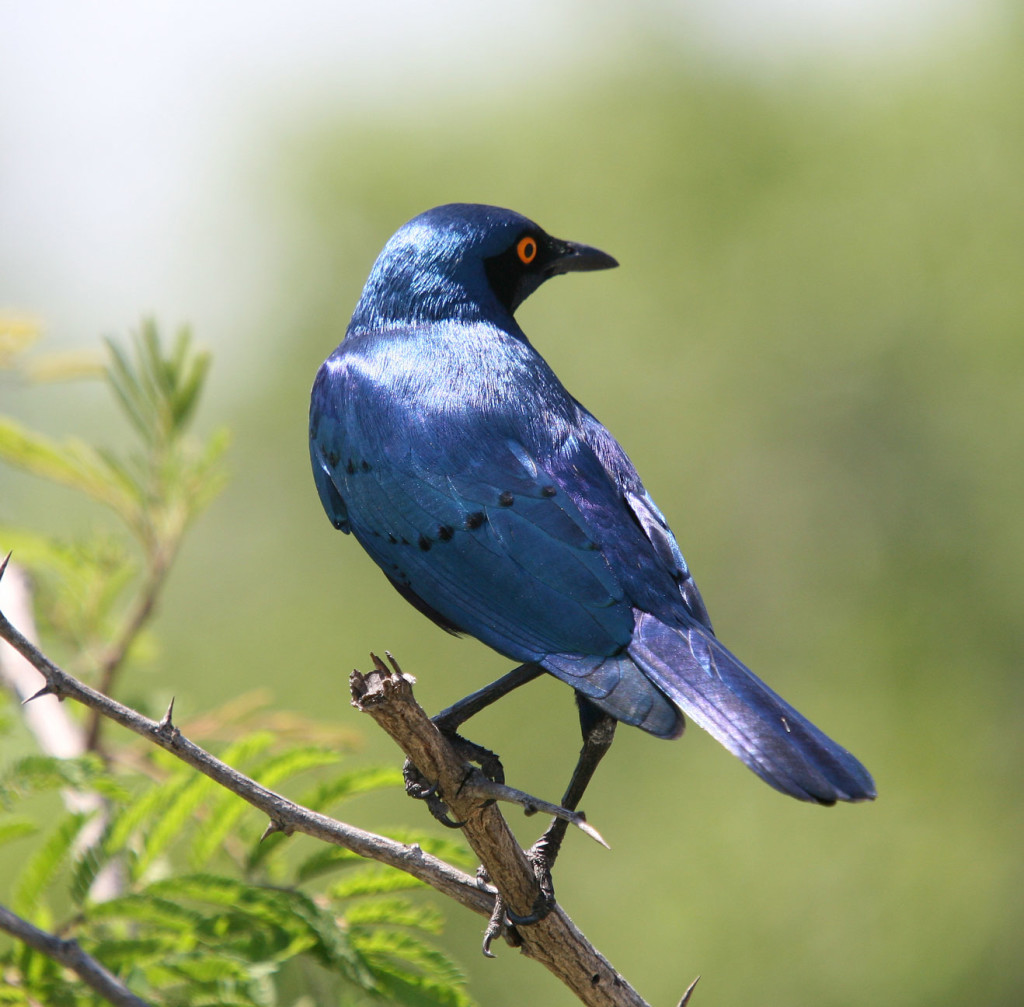 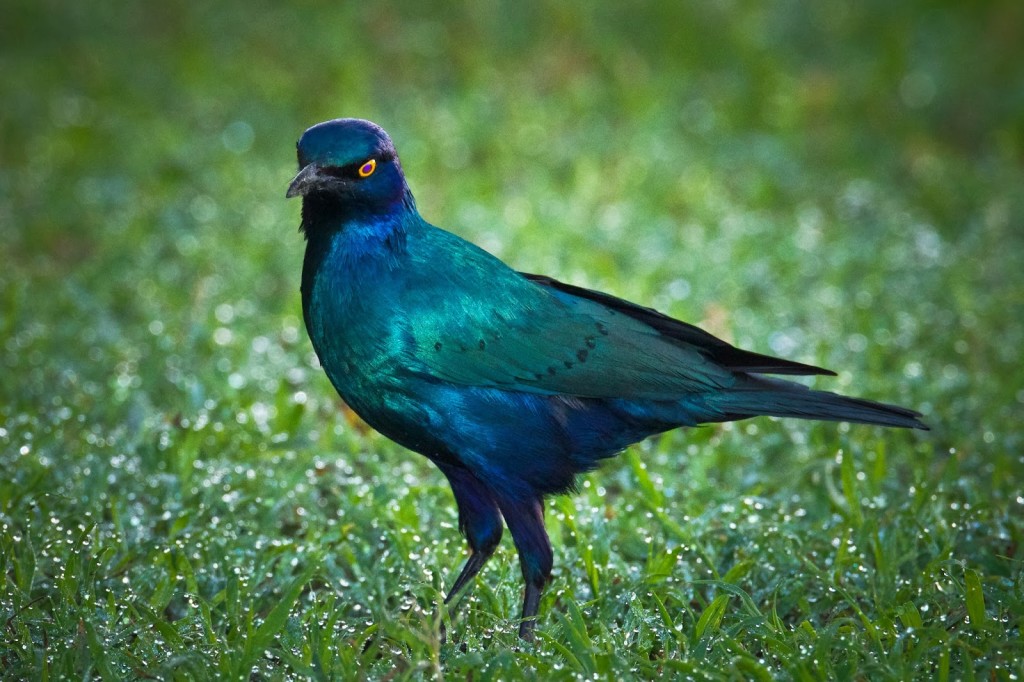 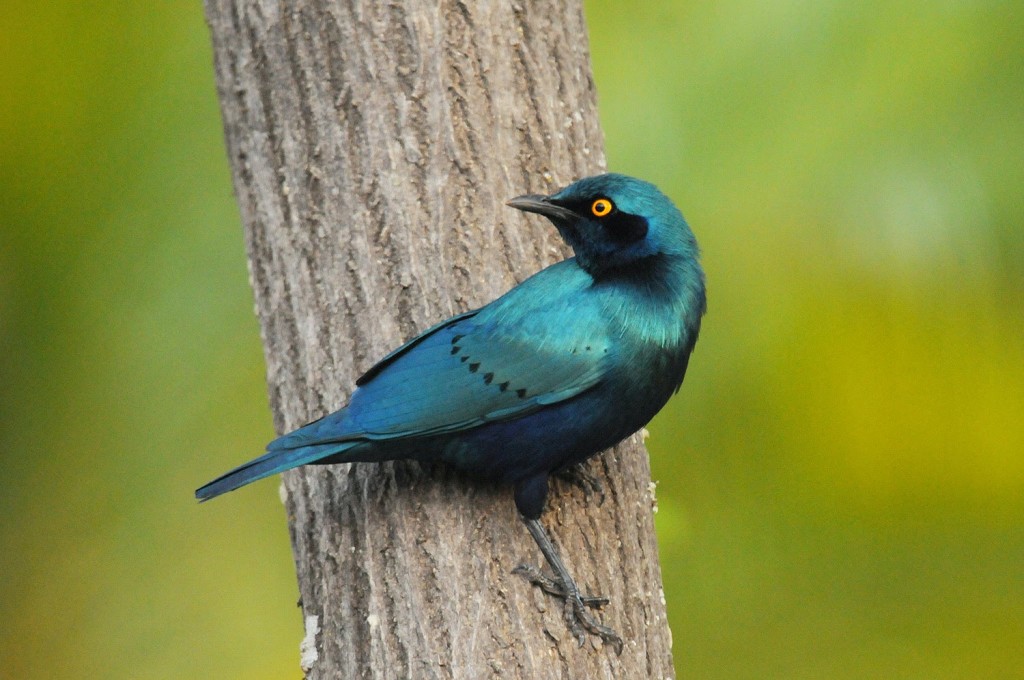 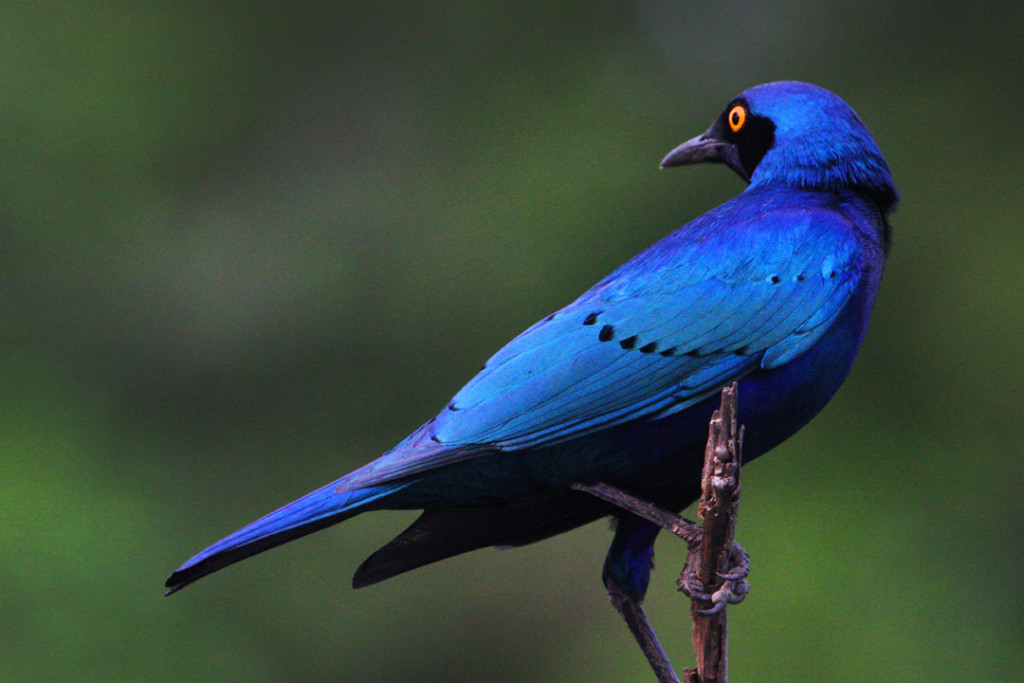 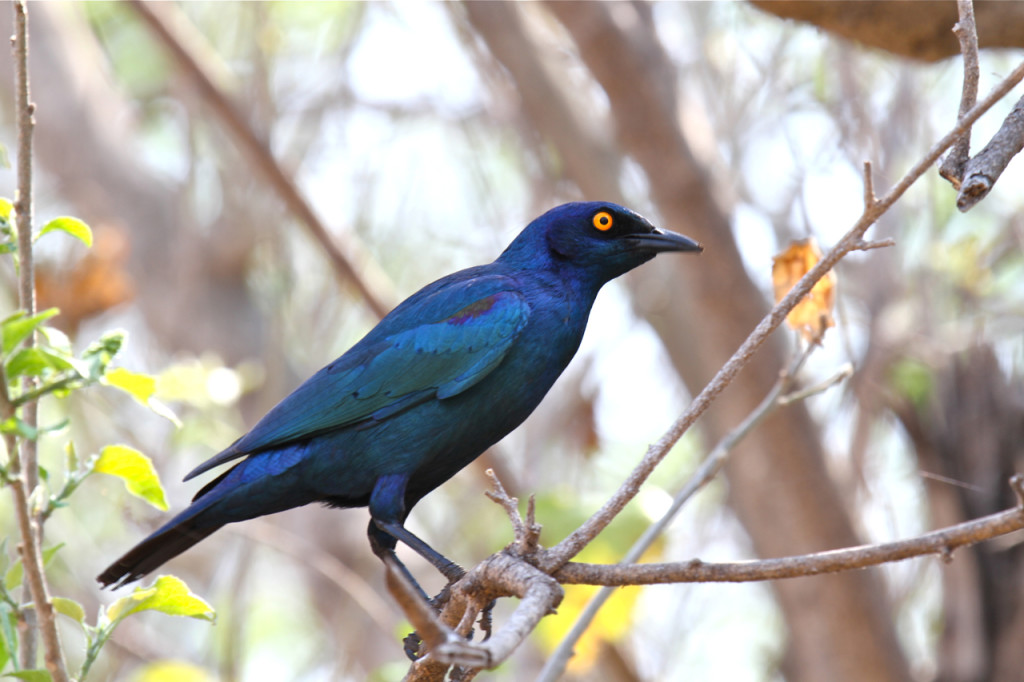 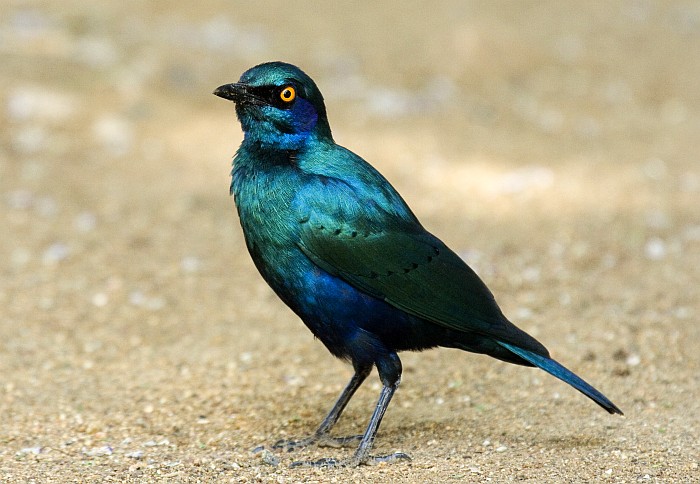