The Greater Bird-of-paradise (Paradisaea apoda) named by Carolus Linnaeus actually called is a Bird-of-paradise in the genus Paradisaea. Paradisaea apoda, or “legless bird-of-paradise”, since early trade-skins to reach Europe were prepared without feet by natives; this led to the misconception that these birds were beautiful visitors from paradise that were kept aloft by their plumes and never touched the earth until death. The bird of paradise is closely related to the bowerbird and crow as Spaniards in the 16th century coined the name bird of paradise when glorious bird skins were brought to Europe aboard Magellan’s ship, Victoria. The species is the largest member of the genus Paradise.

The male Greater Bird-of-paradise measures up to 17 inches excluding the long twin tail wires. The female is smaller, at only 14 inches. They have robust feet adapted for perching, and bills of numerous shapes. The trailing plumes, short velvet-like feathers, and lovely collars are used by the male in their courtship dance. The females, in contrast, are very plain. The males have established territories where they dance for the females. The dances are as amazing as the birds. Perched on a branch, the birds sway and crouch or stand erect, tilt forward and backward, some even hang upside down. Each species has its own type of dance. The plumage of this species is also sexually dimorphic.

The male has an iridescent green face and a yellow glossed with silver iridescence crown, head, and nape. The rest of the body plumage is maroon-brown. The flank plumes are yellow at the base, turning white and streaked with maroon. The female species has unbarred maroon brown plumage. In both sexes, the iris is commonly yellow and the bills blue. Actually, these are medium-sized birds, maybe crow-sized, and are extraordinarily beautiful. Birds of paradise mainly live in forests and frequent the high treetops or lower scrub. The open nest is built in tree branches and sometimes in holes.

The Greater Bird-of-paradise is found in Indonesia, to lowland and hill forests of southwest New Guinea and the Aru Islands. Bird of Paradise diet consists mostly of insects, fruits, and seeds. Moreover; a lesser population was introduced by Sir William Ingram in 1909-1912 to Little Tobago Island of West Indies in an effort to save the beautiful species from extinction due to overhunting for plume trades. The introduced populations survived until at least 1966 but most likely are extinct now, and are evaluated as Least Concern on the IUCN Red List of Threatened Species. 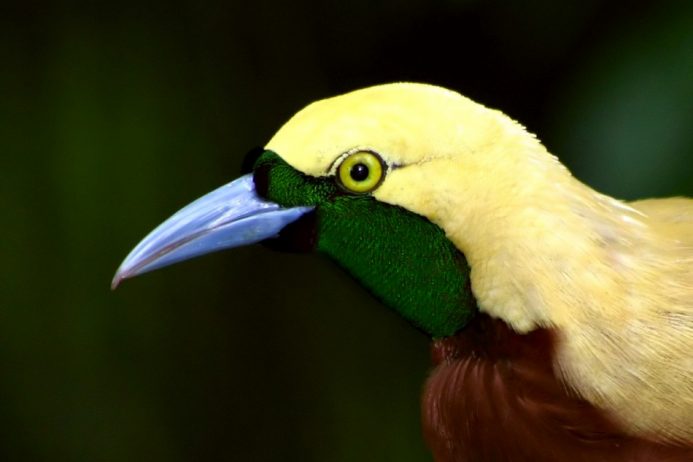 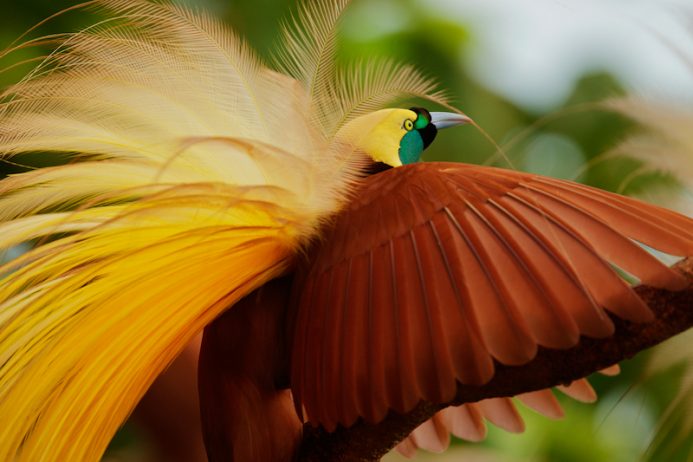 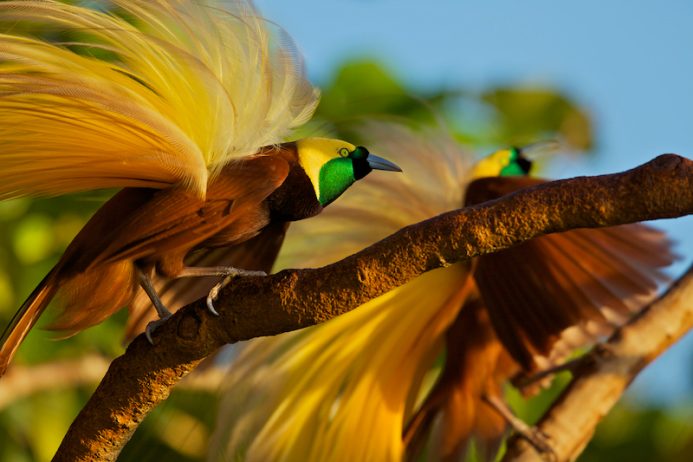 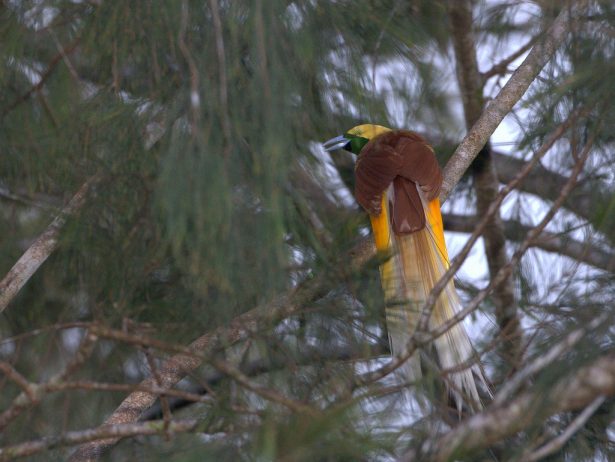 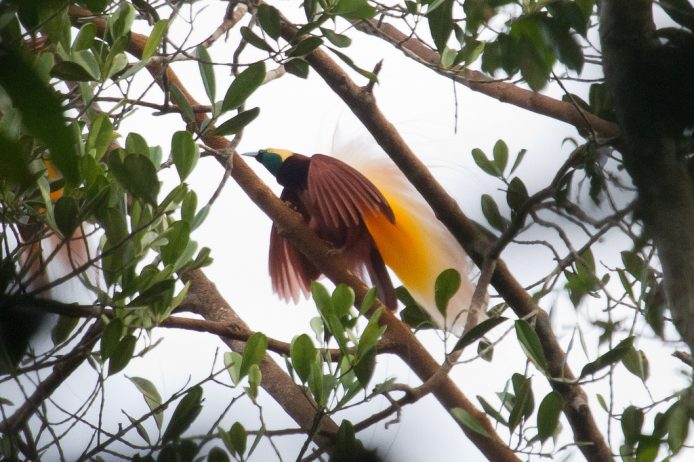 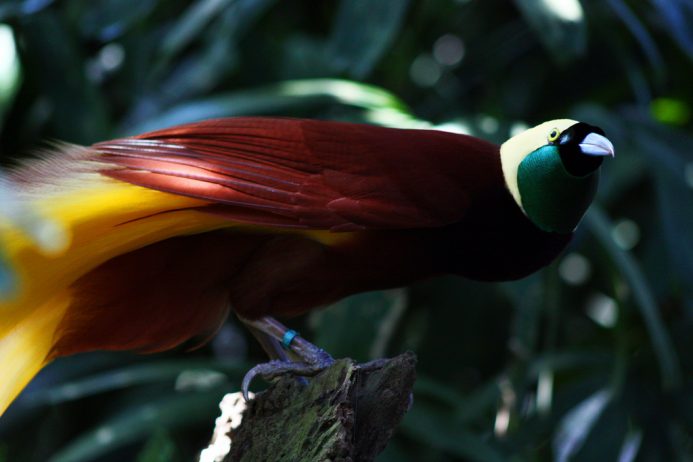 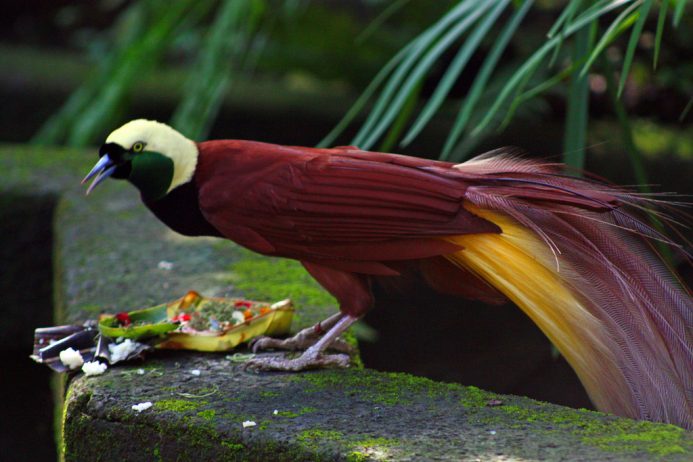 Greater Bird-of-Paradise from Vistadigitals on Vimeo.