In the mountains above Da Nang, Vietnam sits a rare piece of bridge design. It is called The Golden Bridge, a 490 feet long pedestrian bridge in the Bà Nà Hills resort. The Golden Bridge is designed to connect the cable car station with the gardens and to provide a scenic overlook for tourist attraction.

It creates a walkway in the sky, among the foggy and fairy-like lands of Ba Na Mountain. The bridge loops nearly back around to itself, and hands designed to appe ar to support the structure. The golden bridge is avoiding a steep incline.

Advertisement
The bridge opened for public in June 2018. It is a latest tourist attraction in Da Nang.

Moreover, earlier this site was American base during the Vietnam War. Cuttently this is a hot vacation spot for tourists. The Golden Bridge hands are decorated with cracks and moss to make them look like aged stone ruins. The remarkable appearance of two huge grips looks like they drew the bridge out from the land and adore it as it were a gift from nature.

The mix of city, beach, and mountains is drawing people to the area. The China Beach is for fresh seafood and good waves. Marble Mountains are for exploring temples and caves. Now the city itself offers for a burgeoning culinary scene. The client for the project was the Sun Group.

A curved golden bridge designed by TA Landscape Architecture based in Ho Chi Minh City. The company’s founder, Vu Viet Anh, was the principal designer. Initially Sun Group was hesitant about the design, have concerned about this bridge. However, it took months too persuaded for the final design.

The Ba Na Hills is a popular getaway for the French during the colonial occupation of Vietnam. The latest attraction has enticed more than 2.7 million visitors in 2017 according  to the Vietnam National Administration of Tourism. This project gives the motivation that  humans efforts can do anything. In the end you will feel a smooth walk on clouds as it’s so unique. 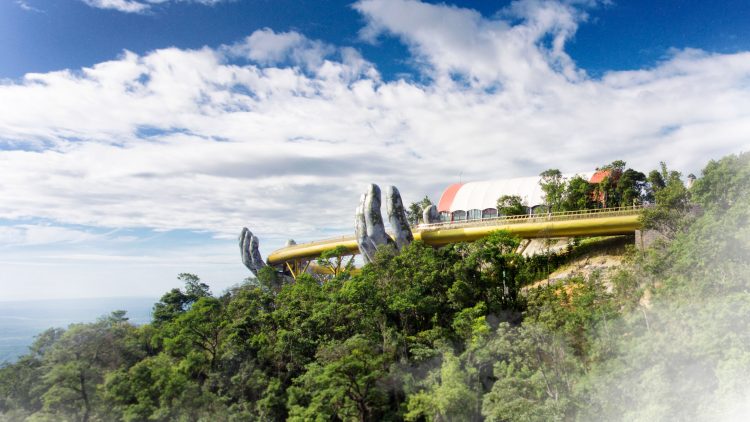 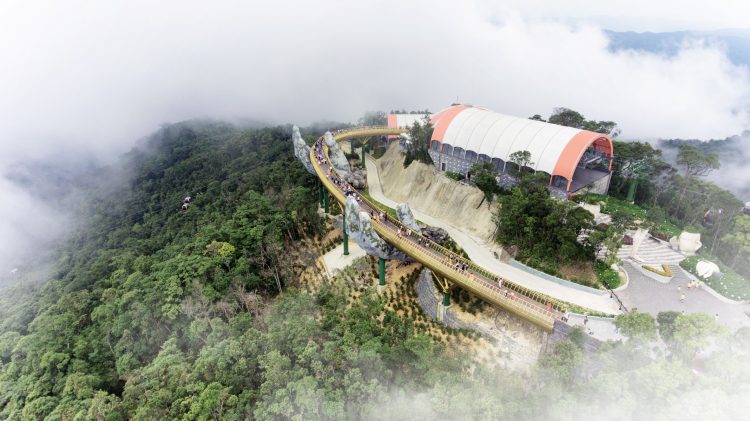