The unfinished Fort Jefferson is a massive coastal fortress, actually a largest masonry structure in the United States. The Fort is beautifully composed with more than 16 million bricks. The fort is located on Garden Key in the lower Florida Keys within the Dry Tortugas National Park, about 110 km west of the island of Key West.

The massive fort construction started in 1846 and continued for 30 years, but unluckily it was never finished. The development of rifled cannon and armored ships made Fort Jefferson obsolete even while its construction was under way. However, much of the work of fort building during the years before the Civil War was done by enslaved laborers.

Therefore, in 1847, one of the bravest attempts every made to escape slavery was made by seven workers at the fort. However, commandeering or disabling as several schooners and boats as they could, they set out from Garden Key in a frantic attempt to sail away to freedom.

The good-looking islands still do not exhibit any standing fresh water or even seasonal streams, therefore the name “dry”. Owing to the potential difficulties of survival in such conditions, one of these islands was used as the location for filming a military survival film used to train aircraft personnel.

The Fort Jefferson design called for a four-tiered six-sided 1000 heavy-gun fort, with two sides measuring 415 feet, and four sides measuring 564 feet. The walls met at corner bastions, which are large projections designed to let defensive fire along the faces of the walls they joined. Fort Jefferson was designed to be a huge gun platform, impervious to assault, and capable to destroy any enemy ships foolhardy adequate to come within range of its powerful guns.

The fort remained in federal hands throughout the Civil War, however hostilities was finished in 1865, the fort’s population declined to 1,013, consisting of 486 soldiers or civilians and 527 prisoners. On January 4, 1935, President Franklin D. Roosevelt, who visited this place by ship, designated the area as Fort Jefferson National Monument, but in 26, Oct 1992 the Dry Tortugas, including Fort Jefferson, was established as a National Park.

Well, if you want to visit this Fort, then can be reached by a daily ferry from Key West, as well as by chartered seaplane and private yacht. As a national park, camping is allowed on the beach. Tourists by ferry usually spend four hours on the island, which is enough time for a guided tour of the fort, lunch on the boat and swim snorkel equipment provided on the reef.

The island has a gift shop but no food is available for visitors. Fort Jefferson was built to protect one of the most strategic deep-water anchorages by fortifying this spacious harbor. Due to its imperatives, it could also serve as a potential staging area, or springboard, for enemy forces.

From here they could launch an attack virtually anywhere along the Gulf Coast. Fort Jefferson, the most sophisticated of these, was a brilliant and undeniable symbol that the United States wanted to be left alone. Though never attacked, the fort fulfilled its intended role. It helped to protect the peace and prosperity of a young nation.

Abandoned by the Army in 1874, the fort was later used as a coaling station for warships. Though used briefly during both world wars, the fort’s final chapter as “Guardian of the Gulf” had long since closed. 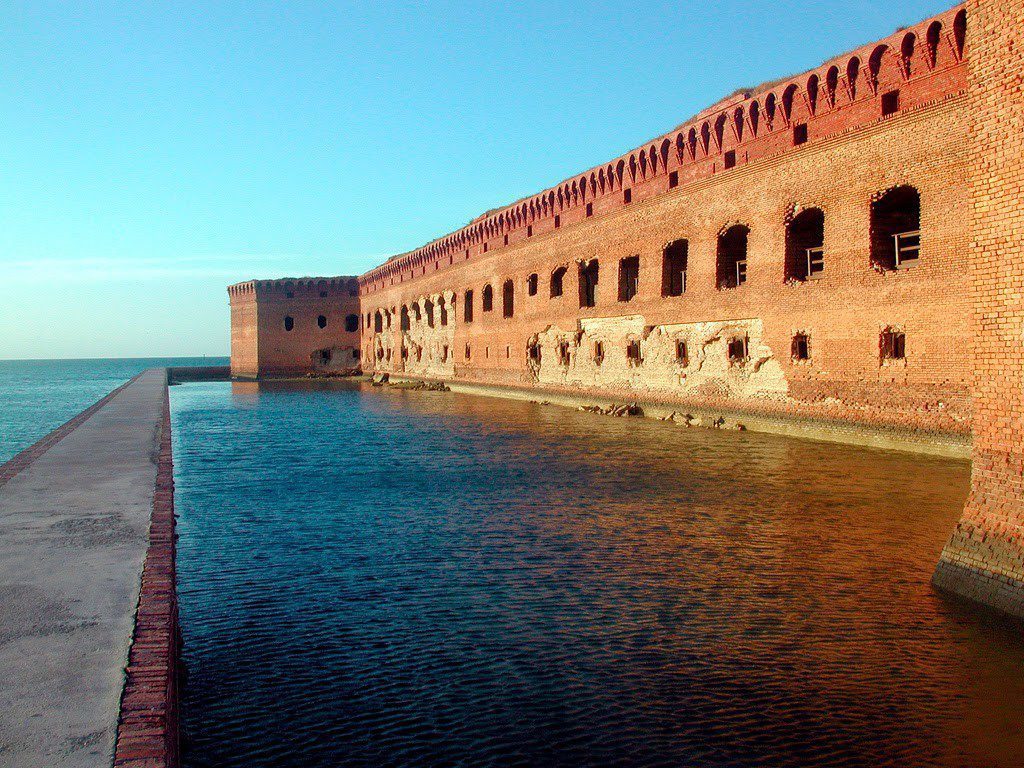 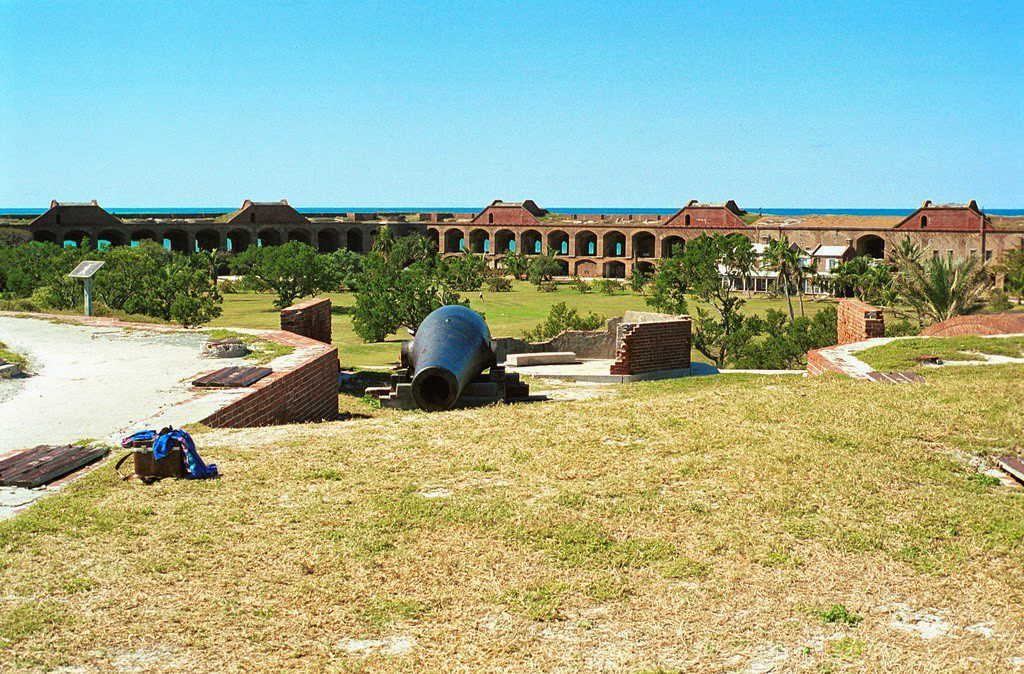 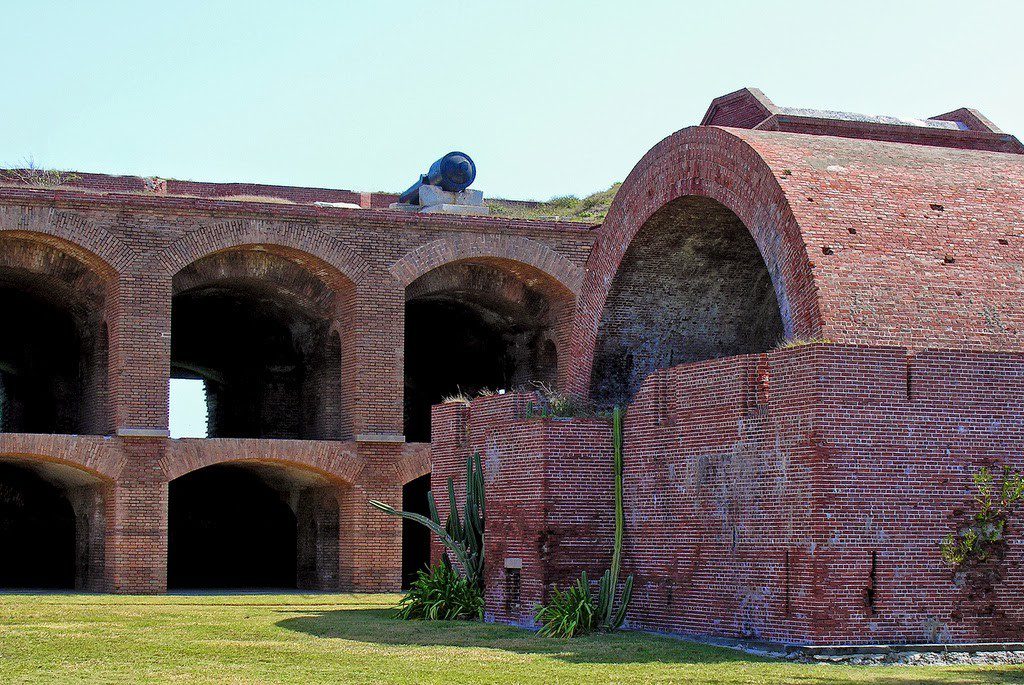 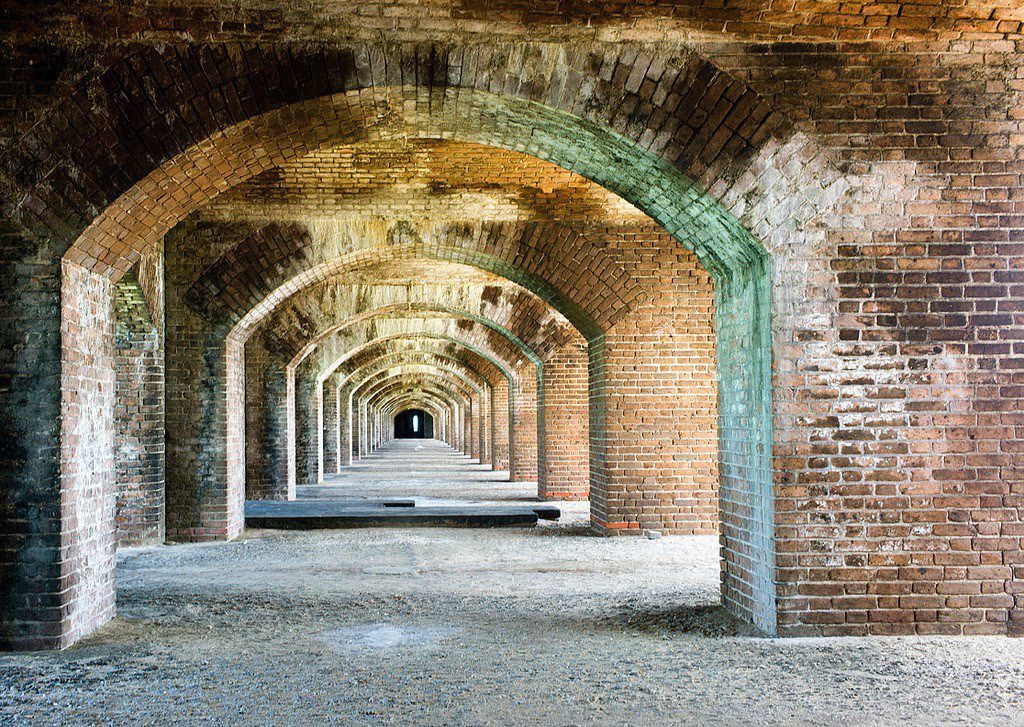