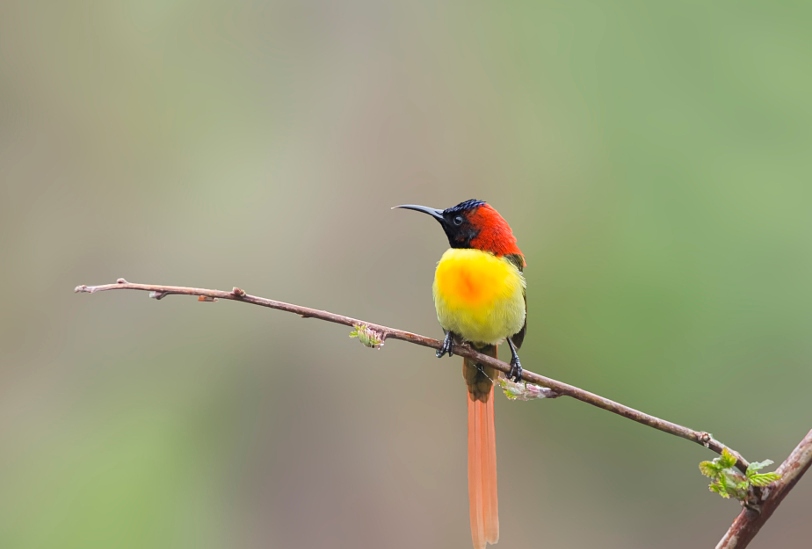 Some birds are extremely eye-catching to see, and the first word you say “Wow”. The Fire-tailed Sunbird is among those birds which have stunning colors of nature. The fire-tailed Sunbird “Aethopyga ignicauda” is a species of sunbird in the Nectariniidae family.

The male bird is 15 cm long, including there long tail, while female bird is about 2/3 in length. The Fire-tailed sunbird likes to live in conifer forests at altitudes upto 4,000 meters descending into the valleys during the cold season. The bird’s foods consist of insects, nectar, etc. and both parents take part in feeding the young.

The birds population in large numbers and hence does not reach the thresholds for vulnerable and trend appears to be stable. Therefore, population has not been quantified, though only 10% reduction in last ten years. For these reasons the species is evaluated as least concern. 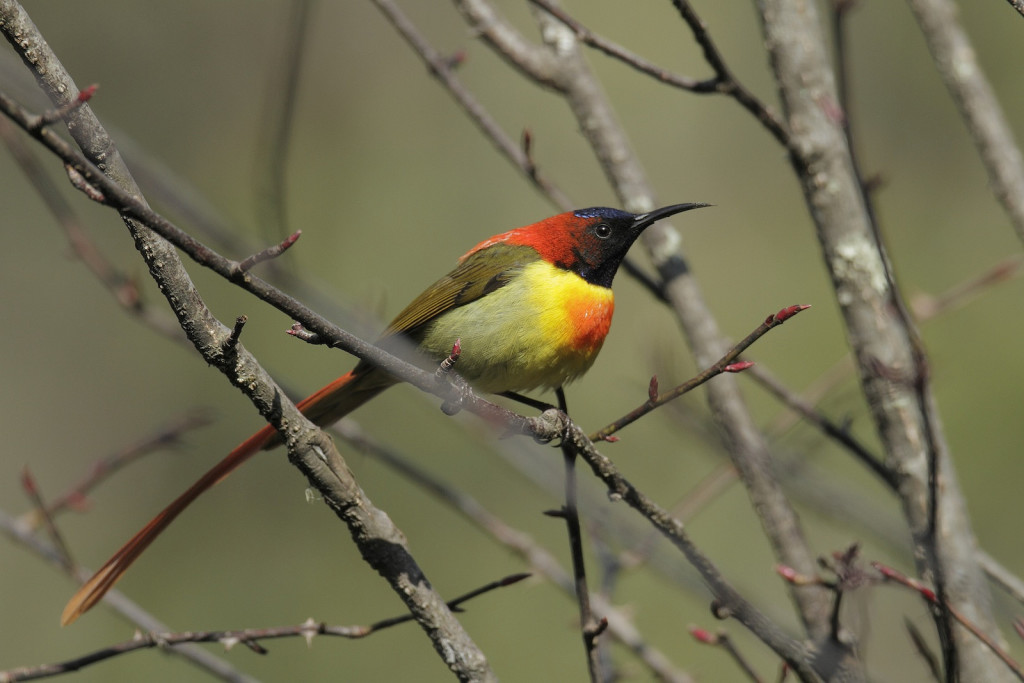 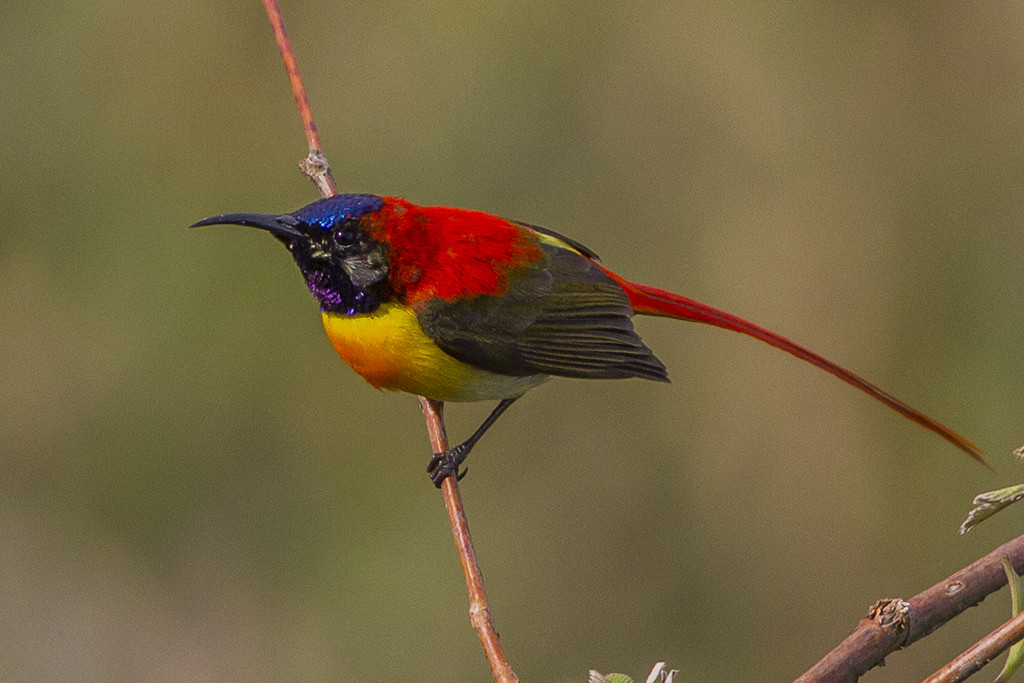 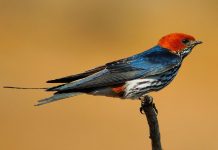