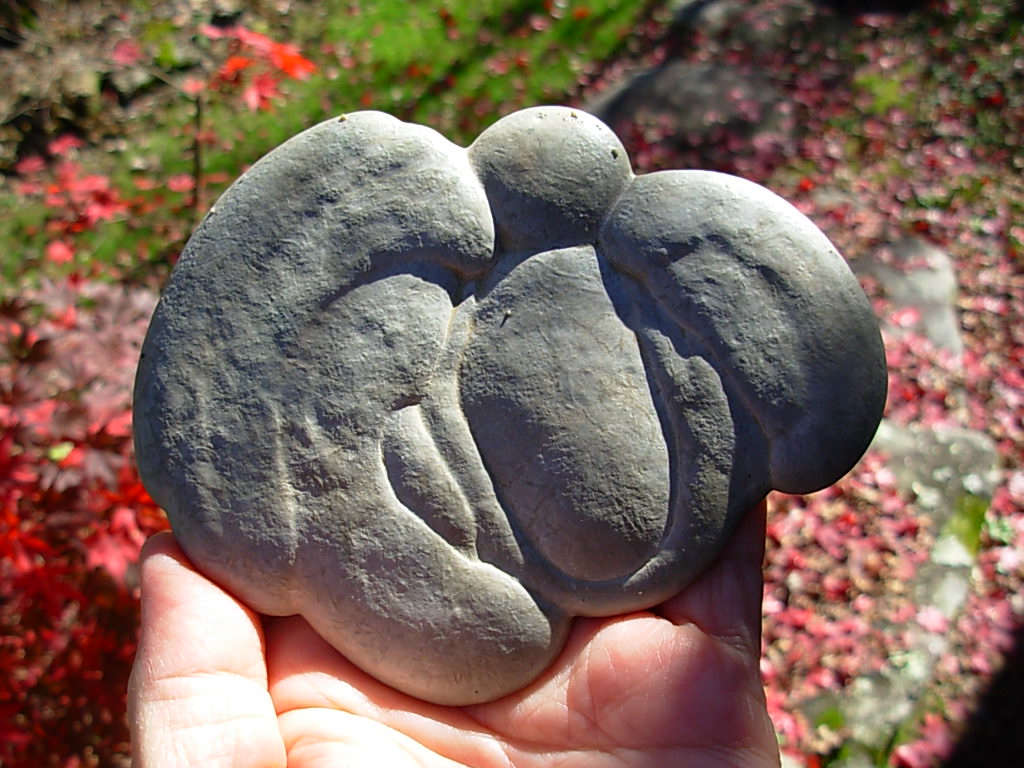 The fairy stones of Harrican river have seen in the past that concretions the precipitation of minerals around particles generally take spherical or oval shapes, as in the case of Klerksdorp Spheres and Moeraki boulders. Because pearl is another good example of concretions, can also take rare shapes.

They are made of fine sand and clay, solidified by nature.  The originality and the forms of these stones are a phenomenon unique to Northern Quebec, particularly on the bottom of the big Lakes with a glacier origin.

In the Harricana River valley in the Abitibi-Témiscamingue administrative region of Quebec, Canada, concretions occur as flat discs, smooth on one side and puffed up on the other with stunning patterns. They were shaped over thousands of years by deposition of calcium carbonate over trifling pebbles and fossils.

This is called “Fairy Stones” since hundreds of years, and used to carry them as fortunate charms when they went on fishing or hunting expeditions. The irregular lines on the stones are caused by the traces left by miniature worms or organic remains which were fossilized thousands of years ago.

It is believed that wearing a Fairy Stone would protect them against bad spirits and bring them good prosperity and health. However, geologists believe that Fairy Stones may have formed under a glacier, which recoiled thousands of years ago. Then they were carried by the water and deposited along the shores of certain lakes and rivers. Hence, one of the main rivers where Fairy Stones are found is the Harricana River, the second longest river in Canada.

The name “Harricana” came from the Algonquin word Nanikana, which means “the river of biscuits” Biscuit refers to the unusual flat stones, sand, limestone and clay concretions, which are found in the river, called Pierres de fée or “fairy stones. A less romanticized version says Nanikana means “the main way”.

These stones are frequently found in soft deposits under clay. The rounded, puffed up shapes come from the growing face that is face down in the clay, whereas the tops are weathered even by the retreating glacier and water. These are lying in the mud, they look like normal flat stones, but turn them over and you will amazed to see many different shapes and formation, as each Fairy stone is unique.

These stones have been valued for a long time by the native community that lives around these stones birthplace. These stones have a strong link to the nurturing energies of the earth mother.  It can help teach you to care and have concern for the planet and all those upon it. 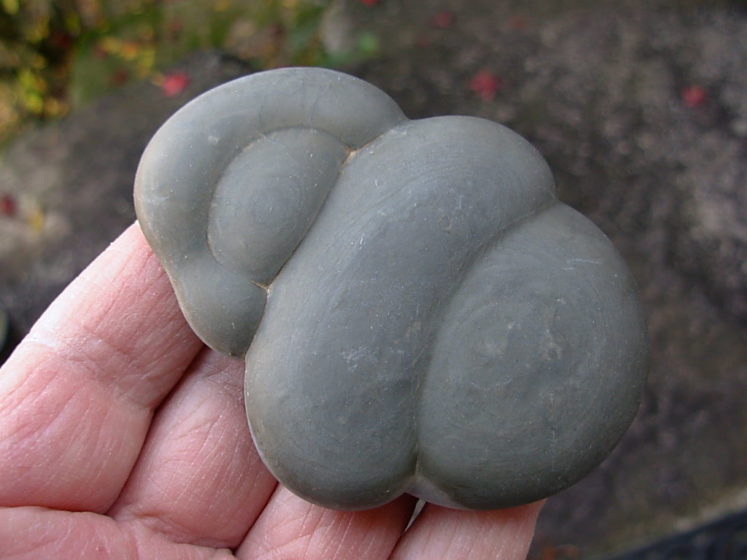 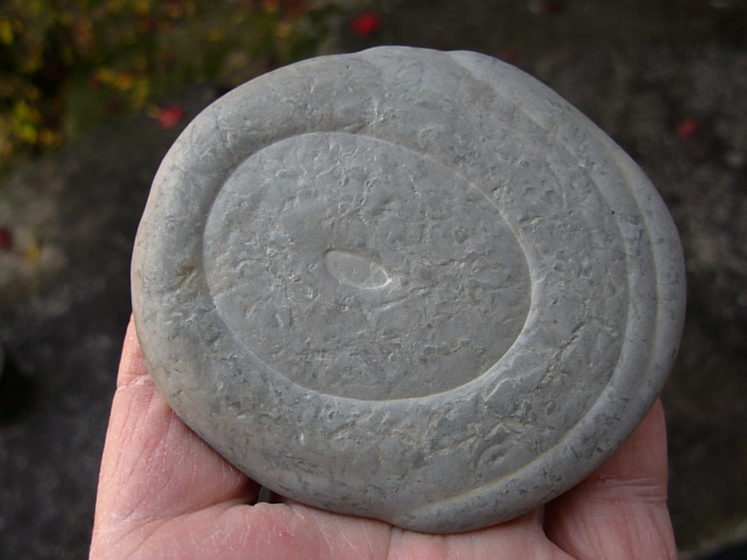 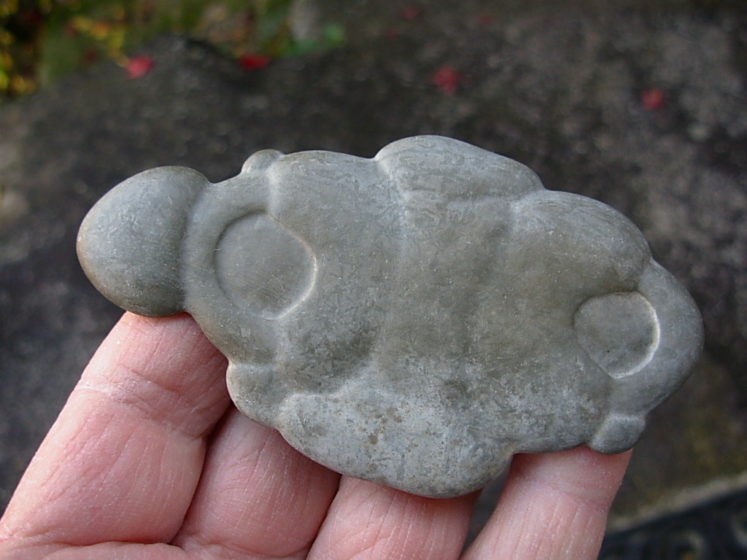 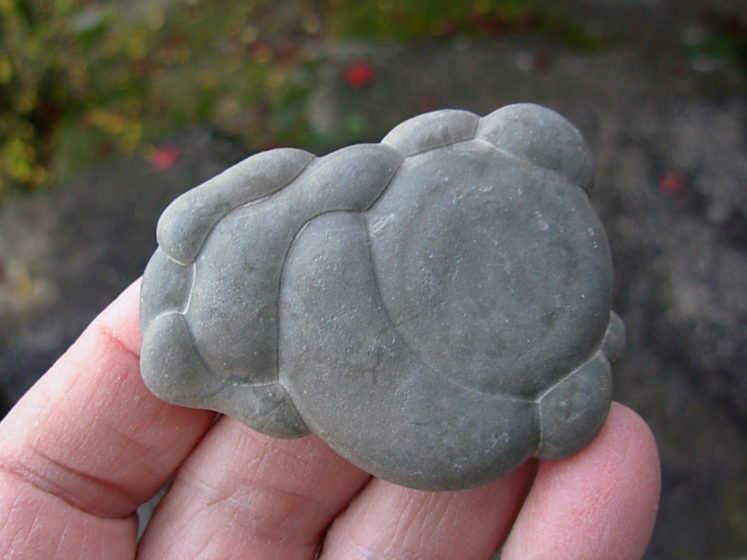 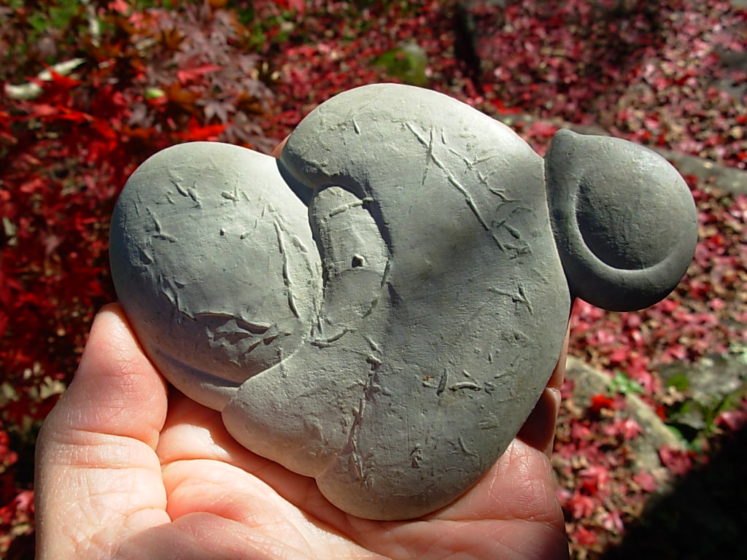 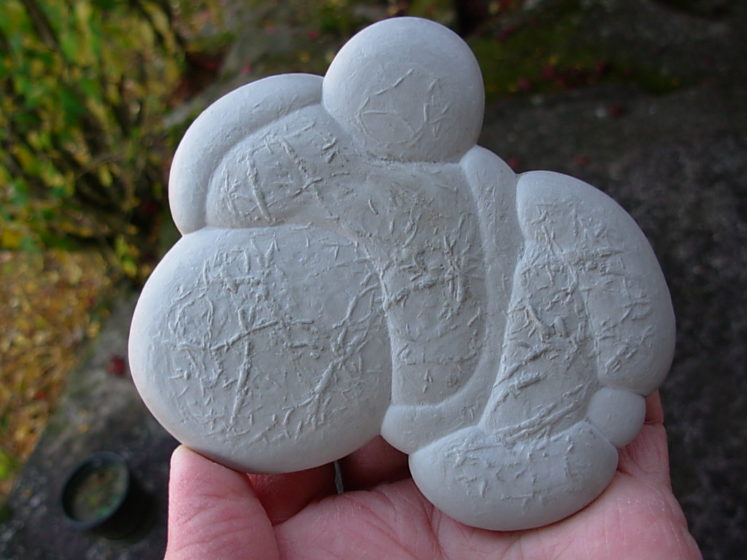 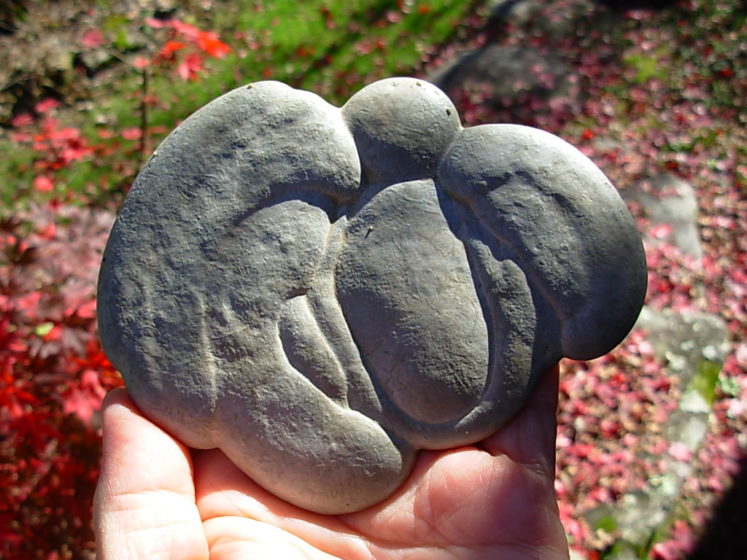 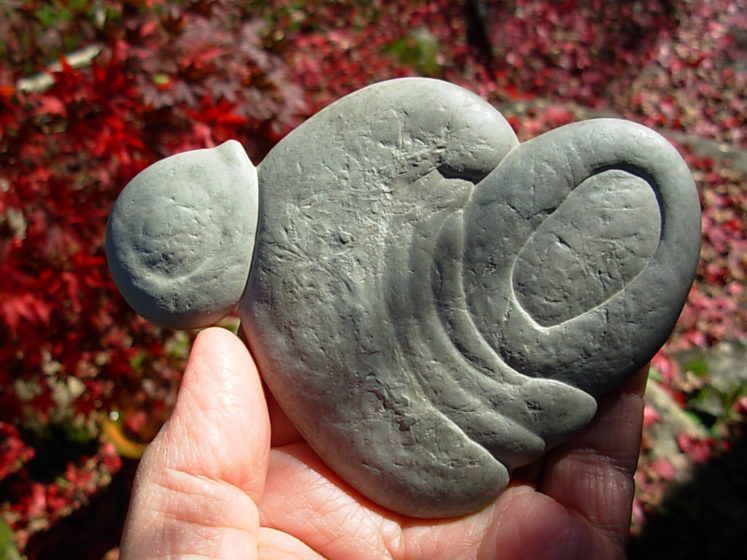 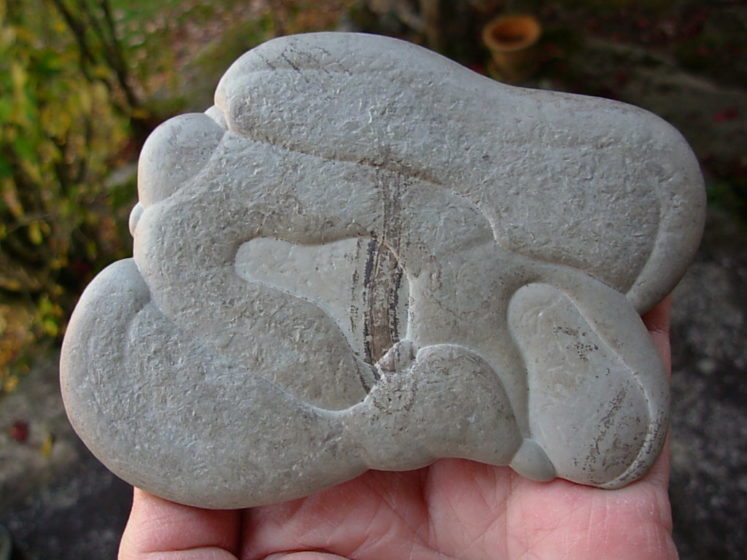 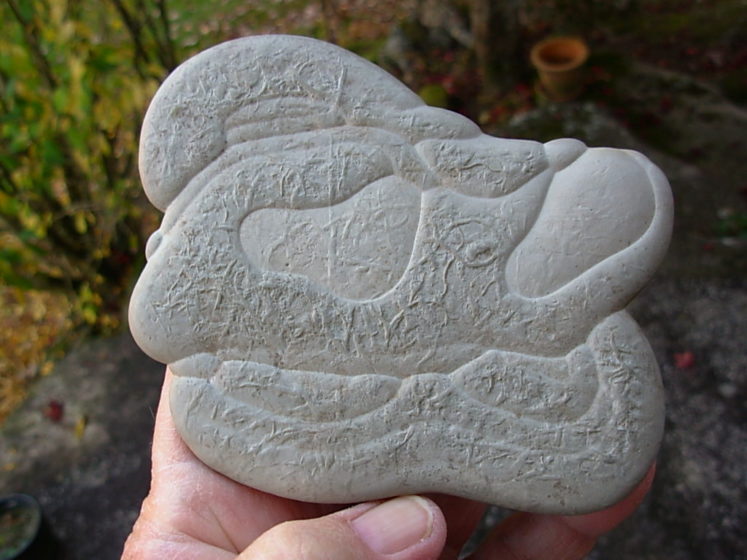