Rainbow Mountains China had a hard time believing that this mind-blowing mountain formation was actually real. But believe it or not this Technicolor range actually exists. It is located inside of the Zhangye Danxia National Geopark 30km west of Zhangye City, Gansu Province, China.

The park covers an area of 322 square km and contains 2 separate Danxia regions. Seven Colored Mountains and Ice Valley (Bing Gou Danxia) is its own separate park. The naturally formed landscape is alive with shades of green, orange, blue, emerald, red and yellow.

There is a full seven differentiations of color. This exclusive feature has been given the monikers the eye candy of Zhangye and China’s Rainbow Mountains. Approximately 24 million years of natural erosion brought out the mountain’s distinctive layers and dazzling colors. The multicolor layers of sandstone and minerals were pressed together and then buckled up by tectonic plates.

A similar formation exists in British Columbia called “Rainbow Range” formed from a mixture of volcanic rock and various minerals. While Peru has the similar type multihued “Vinicna Mountains”. The mountains are famous for their otherworldly colors that mimic a rainbow painted over the tops of rolling mountains.

Danxia was mapped by Chinese archaeologists in the 1920s and 1930s. It is remained relatively unknown outside of the region at that time. The Rainbow Mountains was featured in the list of UNESCO World Heritage Site in 2009. It is the ultimate destination for many international and Chinese’s tourists.

Some photographs are really incredible, may be manipulation going on to make the colors pop a bit more than they would naturally. The Rainbow Mountains China is a geological wonder of the world. However the mountains forms seem as if they could be man-made creations. But rainbow layer cookies or painted canvases and their coloration is a completely natural phenomenon.

There are lots of rocky landscapes in China referred to as “Danxia” because this translated means something along the lines of “rosy clouds”. The numerous rock formations similarly like an assortment of imaginary shapes like mythical creatures, castles, palaces and distant cities.

Their beautiful peaks looking through the clouds and mist at times, display a mirage like scenery, of fantastical pavilions and mountains. However, when two of the earth’s plates collided, these mountains formed on this previously flat piece of land. The most common questions come in mind, how did the rainbow Mountains form?

How Did Rainbow Mountains China in the Geological Sense?

Zhangye was formed under special geologic conditions, which involves various erosion activity, oxidation and tectonic plate activity. The effect is similar to a layer cake. Rain, wind and eons of time sculpted unique shapes that include pillars, ravines, towers with infinite patterns and sizes.

Before the Himalayan Mountains formed, the Rainbow Mountains are cretaceous sandstones and siltstones that were deposited in China. The sand and silt was deposited with iron and trace minerals that give it with the vital ingredient to form the colors. Much like when two cars get in a wreck and the bumpers fold and break, a similar process folded what was once flat sandstones into the Rainbow Mountains we see today.

This process uplifted mountains and exposed sedimentary rocks that were otherwise hidden well below the surface of the earth. Moreover, weathering and erosion detached the overlying layers of continental siliciclastic rocks and bare underlying formations with different mineralogy and chemistry.

Due to this reason, the amazing color variation seen across the Rainbow Mountains. Therefore, the precipitated groundwater moves through the sandstone grains and deposits trace minerals in between the grains. This natural process imparts the trace minerals let for the eerie coloring of sandstones around the world.

Today Zhangye Danxia Geopark has become a major tourist attraction in China. A series of well access roads and boardwalks, have been constructed to increase greater tourist exploration of rock formations. Hence watching Rainbow Mountains China in person almost looks, as someone came through with a giant can of spray paint and painted lines across the mountains.

Indeed the real fact is that, this is a natural formation, a truly mind blowing. From the ground it would be hard to see the striations and variations of colors. Because you have to climb up to the viewing platform, it’s feels like someone has opened your eyes to a fairy-tale world you never knew existed.

It will be far more crowded July and August and on Chinese holidays. During the height of the tourist season, some 20,000 tourists visit daily. You will feel that on another planet. You need to pay some attention to which viewing platform to get in. One is North Entrance and the other is West Entrance. Make sure you know which entrance you came in at there will be a sign at the entrance gate. The best time to visit Rainbow Mountains China is May-October when the weather is comfortable and the sun is shining.

Because the vivid colors only appear with the rays of sunshine, so avoid a cloudy day. From October till April, Gansu Province is very harsh as sub-freezing temperatures, strong wind and snow can dampen your travel. The best time to visit is in the morning and particularly in the evening, where the color variation changes continuously.

Moreover, myriad hotels in Zhangye City, but not all of them book foreigners. So, book your hotel in advance to avoid any hassle. The Gansu province is a remote area, so not many people speak English. So that’s why did not offer Hotels to Foreigners. These people can’t communicate with and whose standards they don’t understand.

The Rainbow Mountains China is absolute a coolest place on earth due to its uniqueness. Not overrun with tourists, and an absolute dream to photograph. So don’t make rush at Rainbow Mountains as its magical awesome! Take your time on each platform and soak in the beauty. This is a landscape like nowhere else in the world, so savor it!

These Rainbow Mountains, as people call them, are believed to be the same mountains that are mentioned in the Quran which are of different shades present on the surface of planet Earth. Here is what the Quran says,

“Do you not see that Allah sends down rain from the sky, and We produce thereby fruits of varying colours? And in the mountains are tracts, white and red of varying shades and (some) extremely black” (Surah Fathir verse 27) 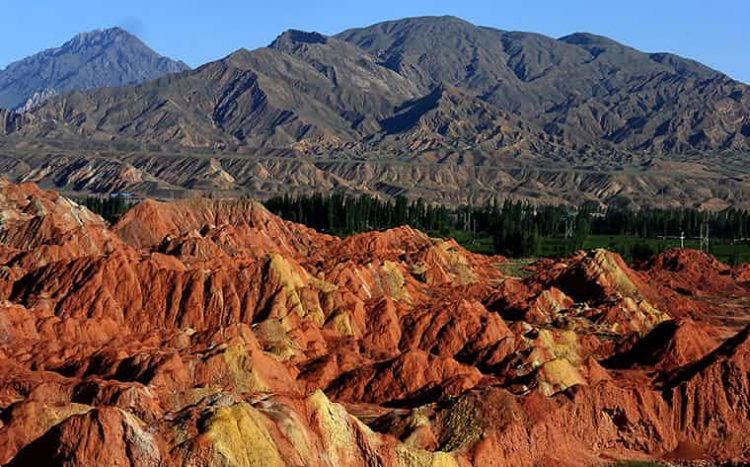 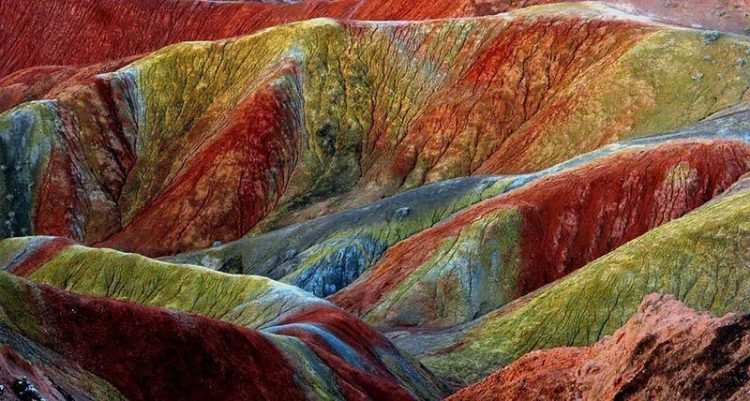 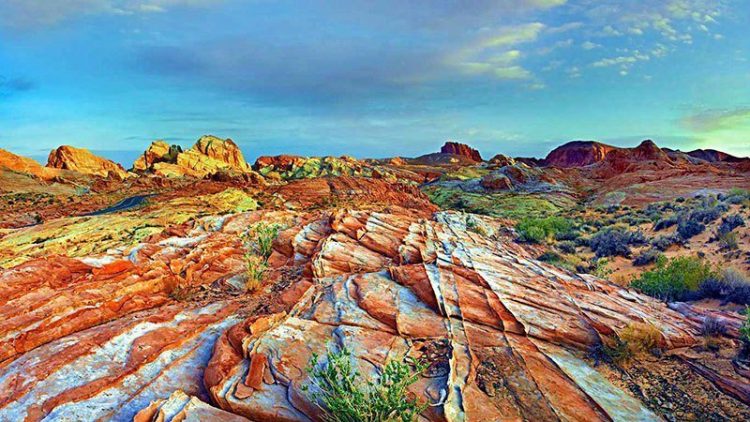 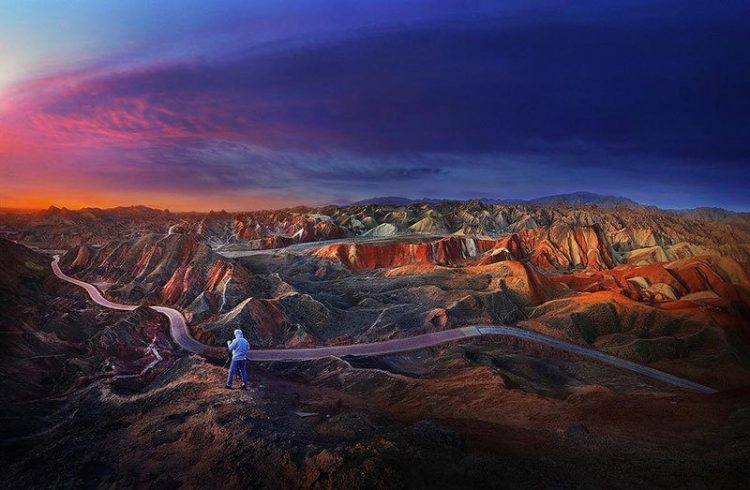 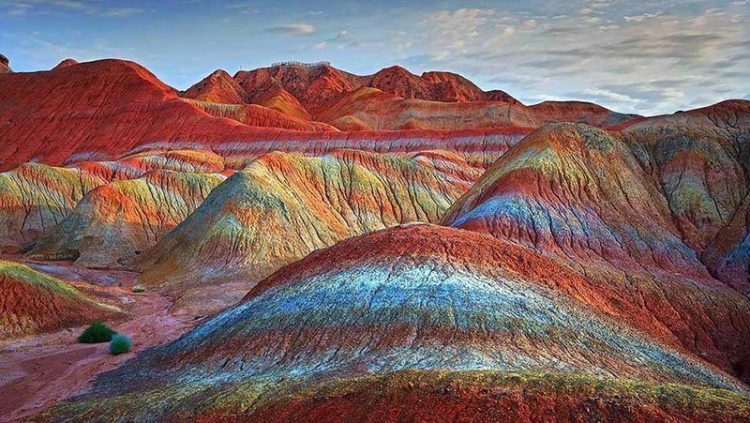 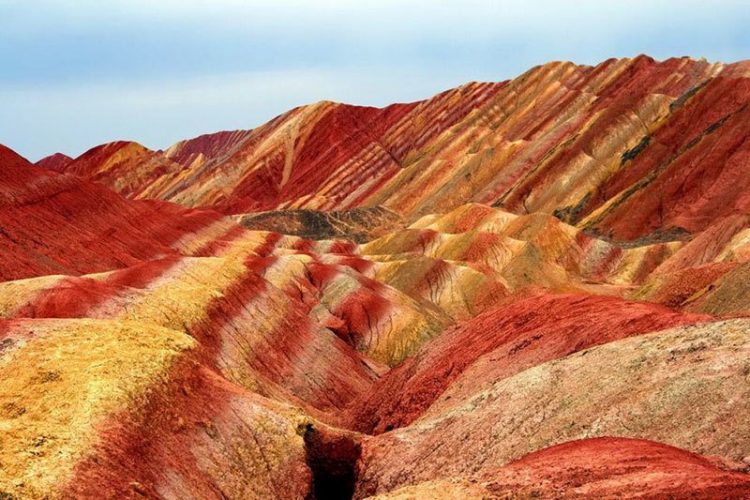 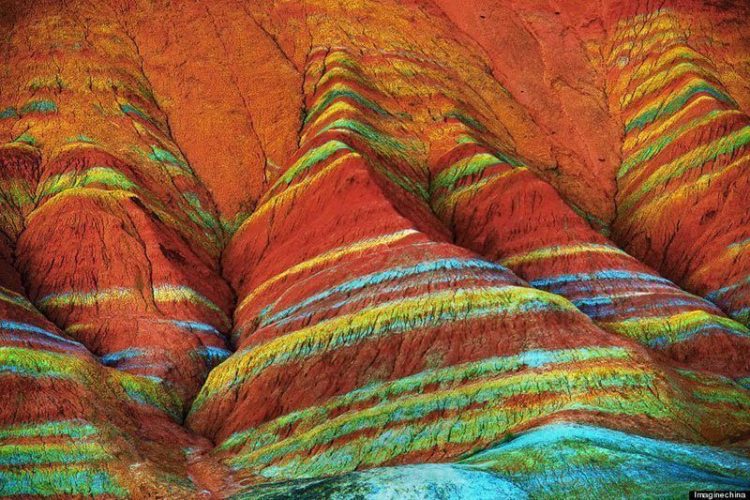