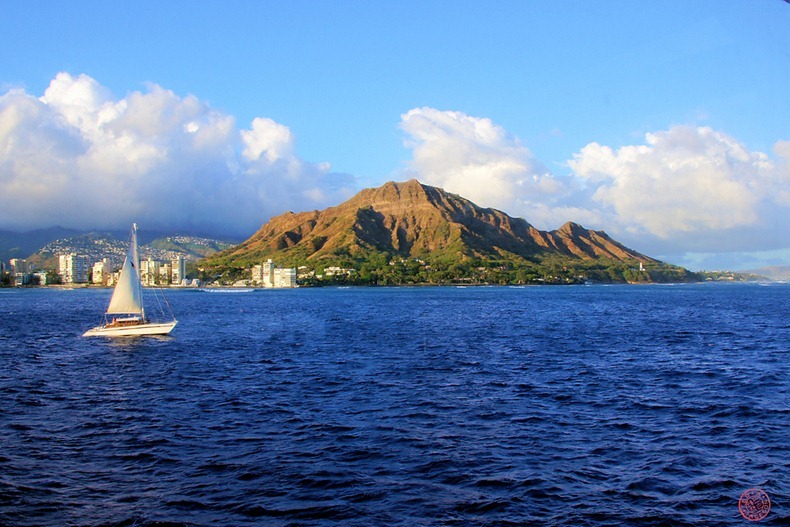 Diamond Head Hawaii is a famous volcanic crater, located on the eastern edge of Waikiki’s coastline. The most recognized landmark is known as Leahi (brow of the tuna) in Hawaiian. The crater was named “Diamond Head” by 19th century British sailors saw calcite crystals sparkling in the sunshine and thought they had found diamonds on the crater’s slopes.

These “diamonds” were actually shiny calcite crystals that had no value. In 1898, when the United States annexed Hawaii harbor defense became a main responsibility. One of the major defense forts, Fort Ruger, occupied the Diamond Head Crater. This broad, saucer-shaped crater is now a popular tourist place and hiking destination. Around 1.1 km hike leads to the edge of the crater’s rim.

Diamond Head in Hawaii has once been an active volcano, but hasn’t spewed any ashes for more than 150,000 years. Diamond Head has steep 99 steps, and a trip through the tunnel leading to them, as you climb the Diamond Head Trail near Waikiki. Further, geologists believe that the commercial diamond deposits were formed in the mantle and delivered to the surface by deep-source volcanic eruptions.

These eruptions produce the kimberlite and lamproite pipes that are sought after by diamond prospectors. Diamond Head Hawaii crater was formed during a single, explosive eruption that sent ash and fine particles in the air. Once these materials take place, they cemented together into a rock called tuff, creating this massive crater, and which is visible from the trail in the park.

Most of the vegetation and birds were introduced in the late 1800s to early 1900s. The crater is 3,520 feet in diameter with a 760-foot summit. The volcano is a symbol of the worldwide recognition of the Hawaiian Islands. Many souvenirs from Hawaii and surf shop logos around the world bear the volcano’s distinctive silhouette. Because of its unique geological history, Diamond Head was declared a National Natural Landmark in 1968.

Moreover, in the early of 19th century an observation deck was constructed at the summit to provide target sighting and a four level underground complex was built within the walls of the crater as a command post. A 580-foot tunnel was dug through the crater wall to provide easier access to the Fort. A battery of canons was located within the crater providing complete concealment and protection from invading enemies.

The observation deck and underground complex is now abandoned with the advent of radar but evidence of the command post is still present along Diamond Head Trail. A 1975 televised game show, The Diamond Head Game was set at Diamond Head. Diamond Head is an extinct volcano and one of the most photographed attractions in Oahu. In fact, it is a worldwide symbol of Hawaii and Waikiki, made popular in many movies, wall calendars and on postcards.

The hike takes 1.5 to 2 hours round-trip, and suggested that hikers bring adequate water, sunscreen and a hat. Although it is not very difficult, but never underestimate as hike is not a casual one. The mostly unpaved trail winds over uneven rock, ascends 74 steps, then through a tunnel and up another steep 99 steps.

Further, the there is a small lighted tunnel to a narrow spiral staircase about 30 steps inside a coastal artillery observation platform built in 1908. From the summit above the observation platform both Waikiki and the Pacific Ocean can be seen in detail. Hence, if you want to hike at Diamond Head then it is highly recommended to come early to avoid the crowds and hot temperatures. 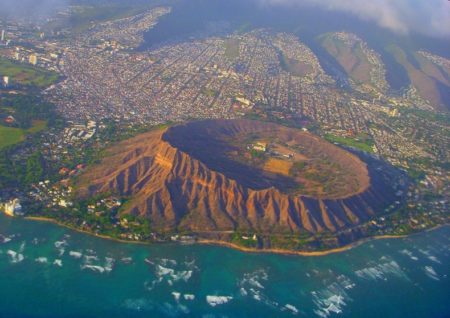 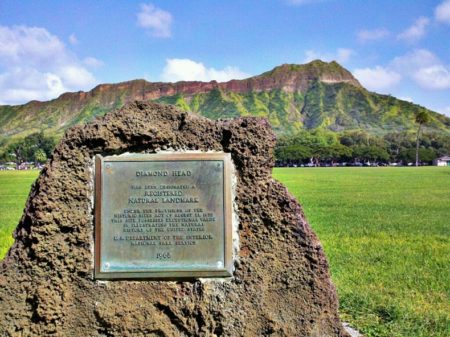 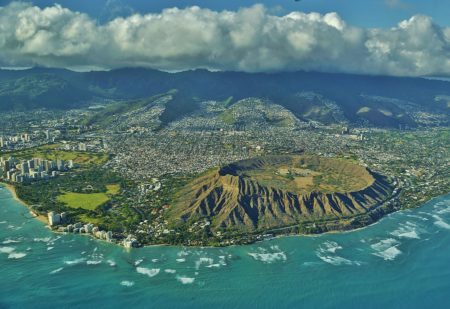 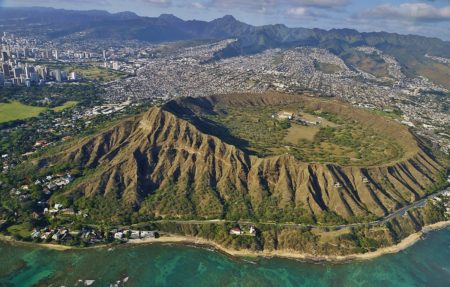 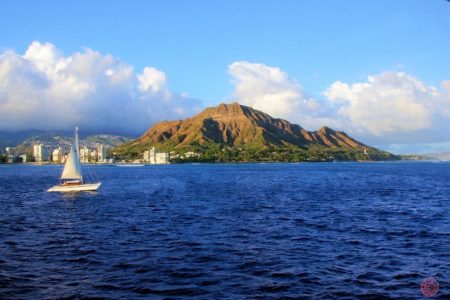 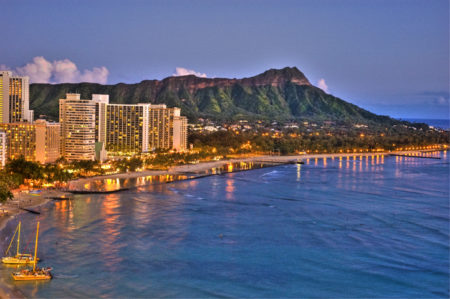