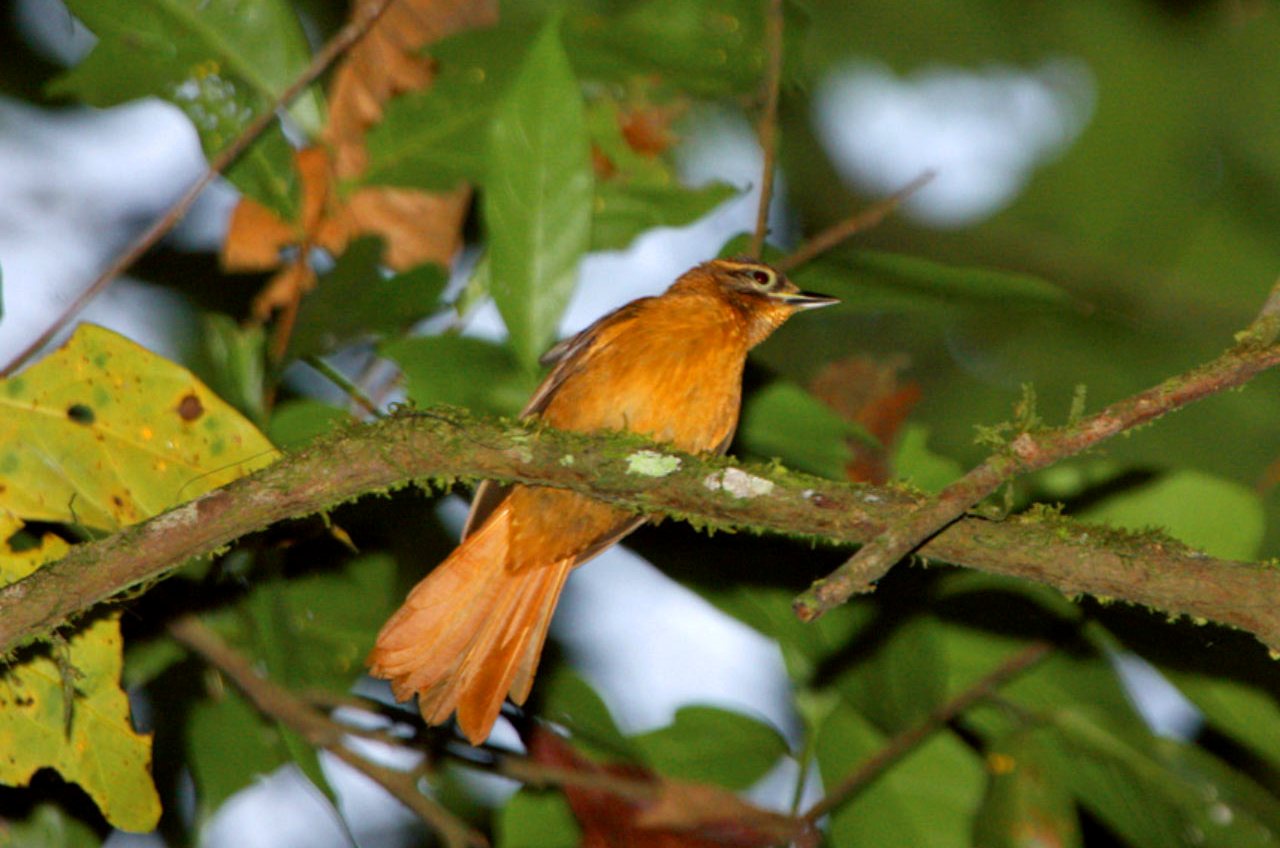 Brazilian ornithologists Dr. Juan Mazar Barnett & Dr. Dante Buzzetti of the Center for Ornithological Studies in São Paulo have discovered a new species of bird. The bird likes to lives in the dense, humid forests of northeastern Brazil. The bird named is Cryptic Treehunter (Cichlocolaptes mazarbarnetti). It is a member of the South American bird family Furnariidae (ovenbirds).

According to the team, the Cryptic tree-hunter is one of the rarest birds in the world. The lovely bird is about 22 cm long, with the tail more than one-third of the length and weight is about 48 g. The bird crown and forehead are jet-black, and back of the neck, the back, and the rump are cinnamon-brown. However, the tail is pale orange-rufous, with the central rectrices darker dorsally.

The throat, sides of the head, supercilium and supraloral-stripe are pinkish-buff, while lower throat and the sides of the neck are cinnamon-brown. The breast, belly, and underwing coverts are cinnamon. The Cryptic Treehunter is described from a specimen that for many years had been confused with another species, the Alagoas foliage-gleaner (Philydor novaesi).

The new species differs from the Alagoas Foliage-gleaner by its considerably larger size, heavier body-mass, darker and more uniform forehead, and crown. The absence of buffy periocular-feathers, and a pale orange-rufous tail that contrasts with the rump and the rest of the dorsal plumage. The bird has a flat-crowned appearance and a larger, deeper-based, and generally stouter bill,” and the new species belongs in the genus “Cichlocolaptes”.

The BirdLife International Brazil Programme says we expected that a maximum of 5 to 10 pairs may have existed in the entire reserve in 2004; though, the number of birds remaining is likely lower. At Frei Caneca, we guess that no more than one or two pairs survive.

We’re proposing that this species should be categorized as Critically Endangered at a national and global level. We ponder the situation of its conservation to be dangerous in that it’ll entail urgent action to avoid its global extinction.