Most of the urban flowers illustrated here have obvious similarities. The flowers of honesty, wallflower, and shepherd’s-purse are, like the cuckoo flower. There are each composed of four petals in the shape of a fat cross, hence the family name Cruciferae usually known as the mustard, or the cabbage family. Each flower has six stamens-four long and two short-and characteristic seed pods.

The Cruciferae (pronounced croo-sif-er-ee) is a large family. It includes garden aubretia and alyssum, and commercially grown mustard and rape, which provide those amazingly bright yellow fields in June; sweetly scented summer flowering stocks, and vegetables such as cabbages and radishes.

The flowers of this family all have the same basic structure (see below). They are grouped in spikes at the top of the stem and the flowers at the lower end of the spike bloom first. As the flowers mature and are fertilized, the spike grows, spacing out the swelling seed capsules and giving the younger flowers at the tipping room for development.
Advertisement

Fruits: The seed pod, like all fruits, develops after fertilization of the ovules which lie in the center of the flower. As the pod swells, the seeds ripen until they are ready to be shed. The pod usually splits into two from the base upwards, leaving the seeds attached to a papery white membrane, the replum. The ‘moons’ of honesty are particularly resplendent examples. 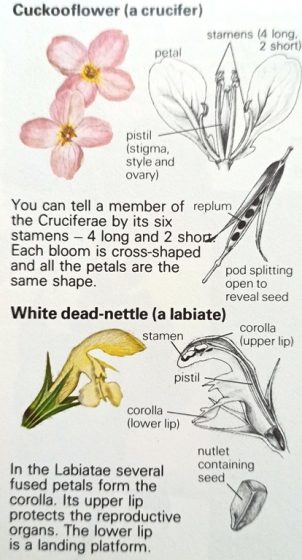 Cuckoo flower capsules split open violently, coiling as they do so, and the seeds are immediately shaken free of the replum and flung some distance. In other crucifers, like the wild radish, the pod does not split at all but breaks into segments, each containing a single seed. Crucifer seed pods come in many shapes and sizes. In wild radishes they are elongated and indented between the seeds, showing where they will eventually break when ripe.

Stocks and wallflowers have long narrow pods, in honesty, they are flattened circles, and in shepherd’s-purse they are heart-shaped. If you look at the white dead-nettle, a labiate, it is obviously not a crucifer. Notice its differently shaped flowers: instead of the four separate petals of a crucifer, a labiate has five petals; two are fused together to form the upper lip, and three forms the lower lip.

(Sometimes all five petals are fused to form the lower lip and the upper lip is missing-for example in the wood sage.) All labiates have five stamens, square stems leave in opposite pairs, and they are often aromatic, for example, mint, thyme, and marjoram. When you try to identify which family a plant belongs to, look at as many parts as possible and especially the seed and flower arrangement.

Cruciferae is rich in glucosinates, a sulfur-containing group of molecules. Sinigrin is the most abundant glucosinate found in garlic mustard. It acts as a feeding or ovipositor stimulant for various insect species. 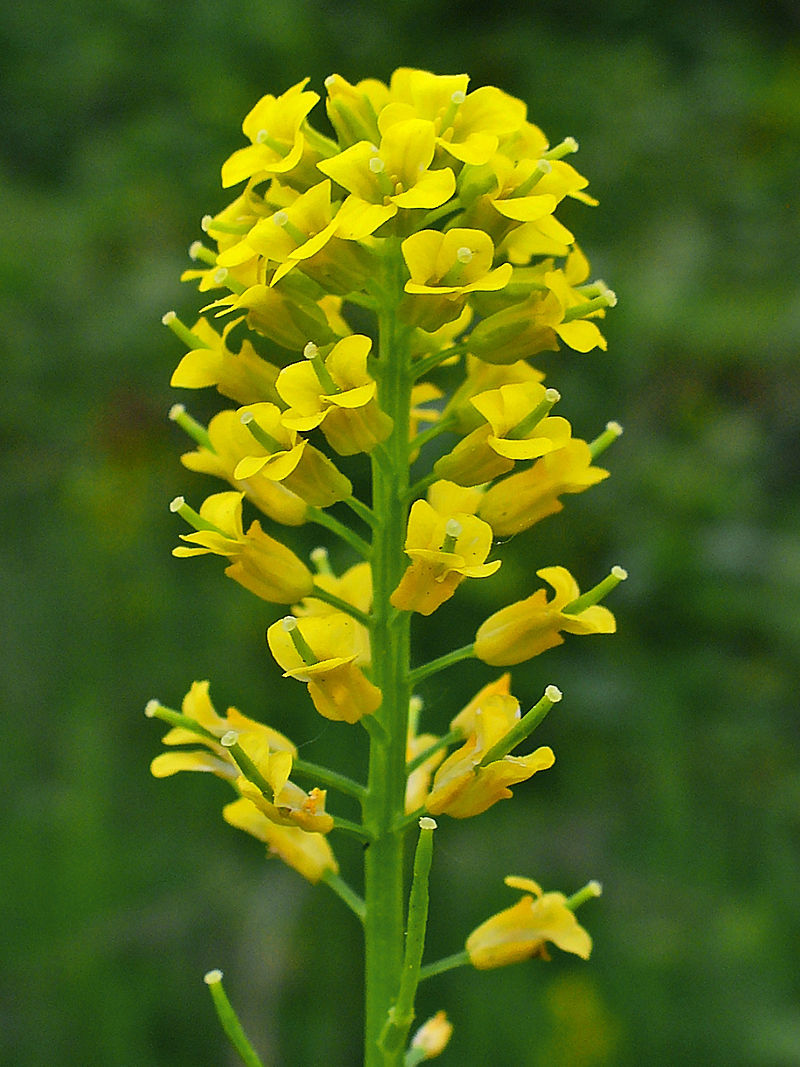 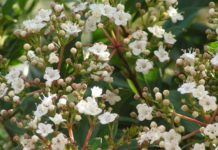 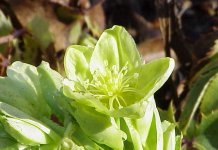 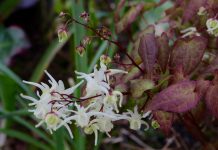 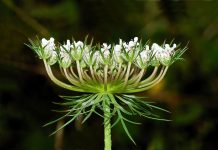 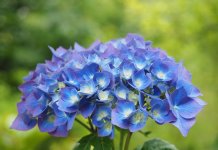