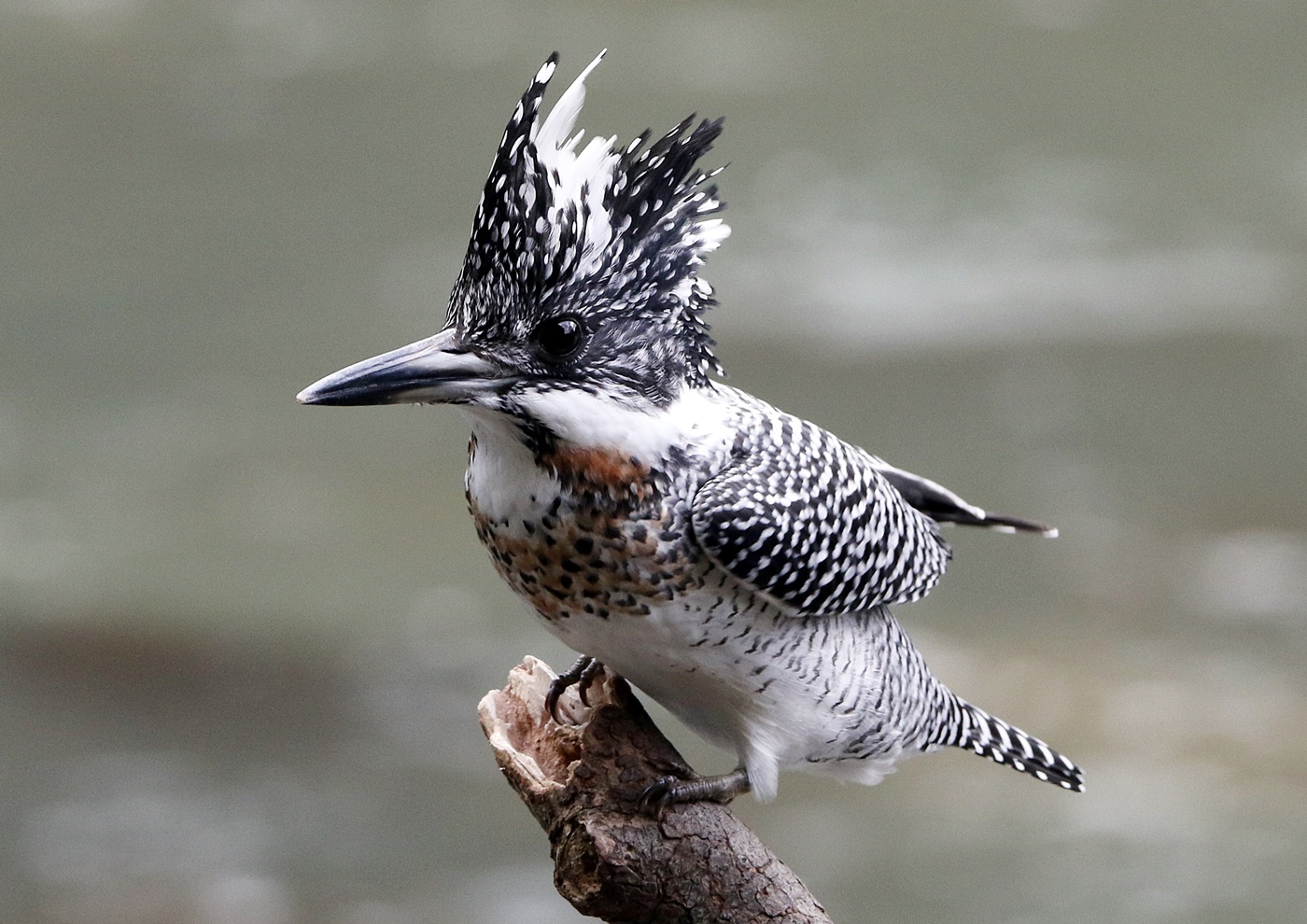 This bird is mainly found in Mountain Rivers and larger rivers in the foothills of mountains. The bird forms a species complex with the other three Megaceryle species. It is resident in the Himalayas and mountain foothills of northern India, Bangladesh, Pakistan, northern Indochina, Southeast Asia, Japan, and Russia.

This eye-catching kingfisher is easily recognized from it’s shaggy crest when at rest. The upper body is barred black and white and has a white collar. The distinctive large kingfisher has long crest feathers and average size is 41-43, 230-280 g.

The large black and white kingfisher with evenly barred wings and tail, and lacks a supercilium and has a spotted breast, which is sometimes mixed with rufous. This kingfisher has loud “ket ket” in flight, also loud “ping”, deep croaks between paired birds, and raucous grating.

The kingfisher likes to eat fish, and crayfish, and perches on an overhanging branch, partly submerged log or rock, occasionally bobbing head. A notable decline has been observed in China, due to habitat destruction.

Advertisement
Moreover, it is not globally threatened.

Although widespread and common in some areas, numbers have declined sharply during the 20th century in Hokkaido, and also in Hong Kong. Whether traveling by wing or by wheel, this attractive kingfisher is pleased to perch anywhere in your home.

Therefore, lifelike markings are meticulously painted with latex enamel on poplar wood that has been carved with a band saw. Each is unique and will vary. 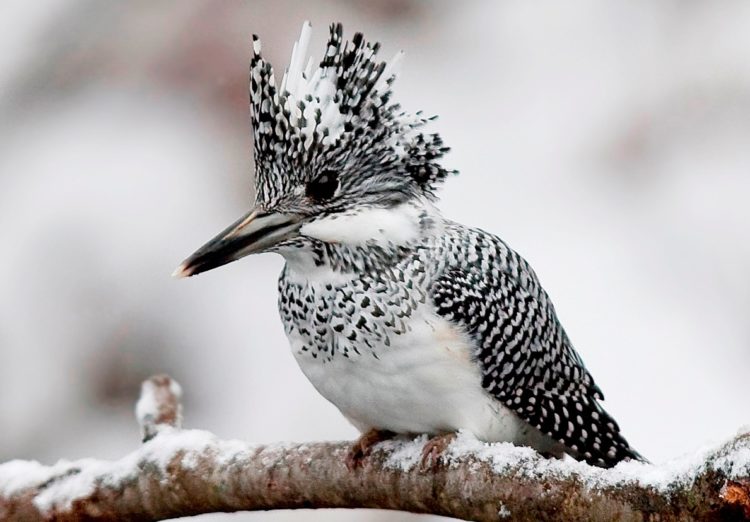 The distinctive large kingfisher has long crest feathers and average size is 41-43, 230-280 g.

See the Video of Pied Kingfisher