Cize–Bolozon Viaduct was reconstructed as a vital post-war plan due to its position on a main line to Paris. However the new viaduct revived in May 1950. Interestingly The Cize Bolozon viaduct was only opened five years after the end of the war, on 14 May 1950.
Advertisement

Unique engineering works on the line include the road-rail Cize-Bolozon viaduct, carrying the railway on the high level and the road on the low level and the overhead conductor rail used in the Bolozon I and Bolozon II tunnels and the open track in between.

It carries road and rail traffic at diverse levels: the railway, which was barred for reinforcement and restoration work in 2005, occupies the upper level. The vehicles which are crossing the Cize-Bolozon viaduct, the speed falls to 80 km/h, and then picks up again to 90 through the Bolozon and Mornay tunnels.

Nevertheless the part of the Ligne du Haut-Bugey reopened in December 2010 as part of the international Paris–Geneva line. However the local road from Poncin to Thoirette uses the lower level. Racouse tunnel takes the line through the second ridge of the Revermont, and then the Cize-Bolozon viaduct crosses the river Ain to Bolozon station.

Numerous bridges were destroyed in 1944, starting with the bridge over the Suran on July 8, followed by the Cize Bolozon viaduct on the 8th and the Reyssouze Bridge on 2 September. Read More – Wild Goose Island – Glacier National Park, Montana 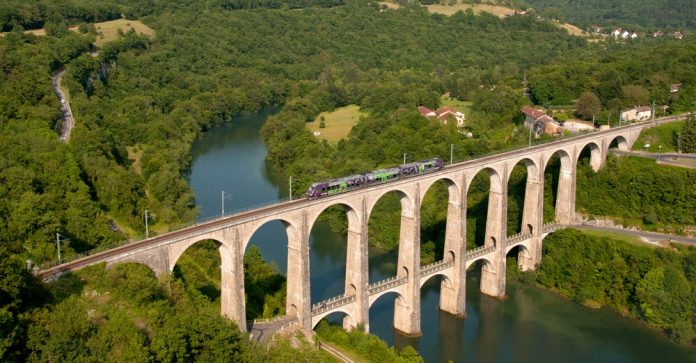 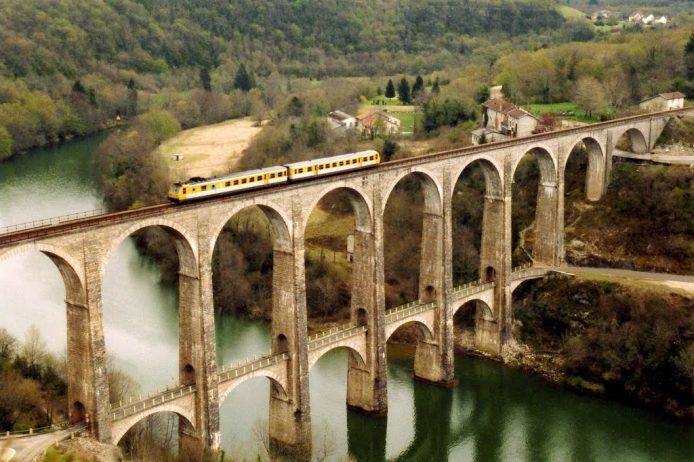 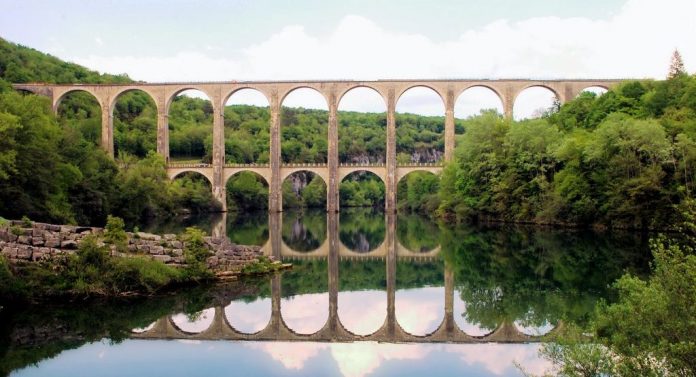 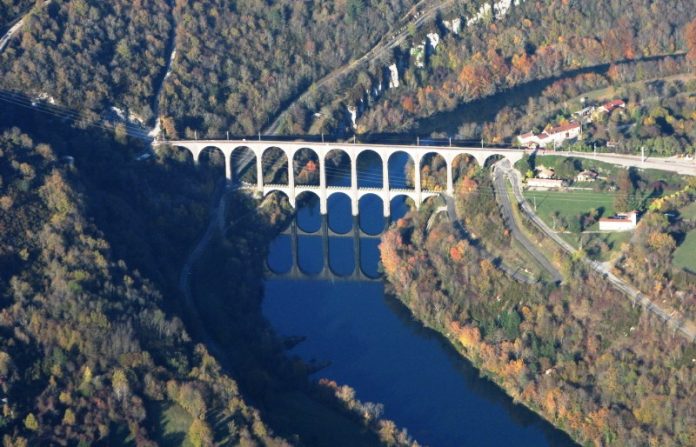 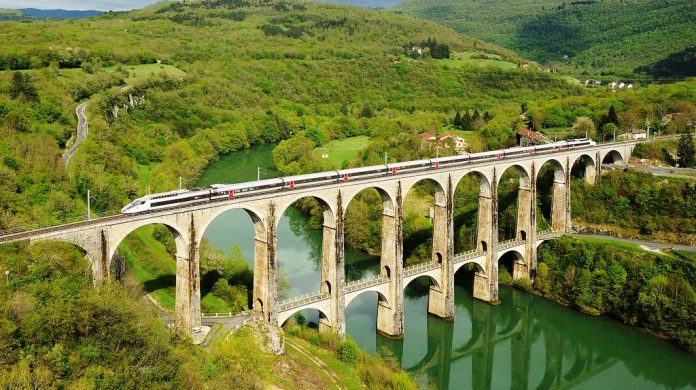 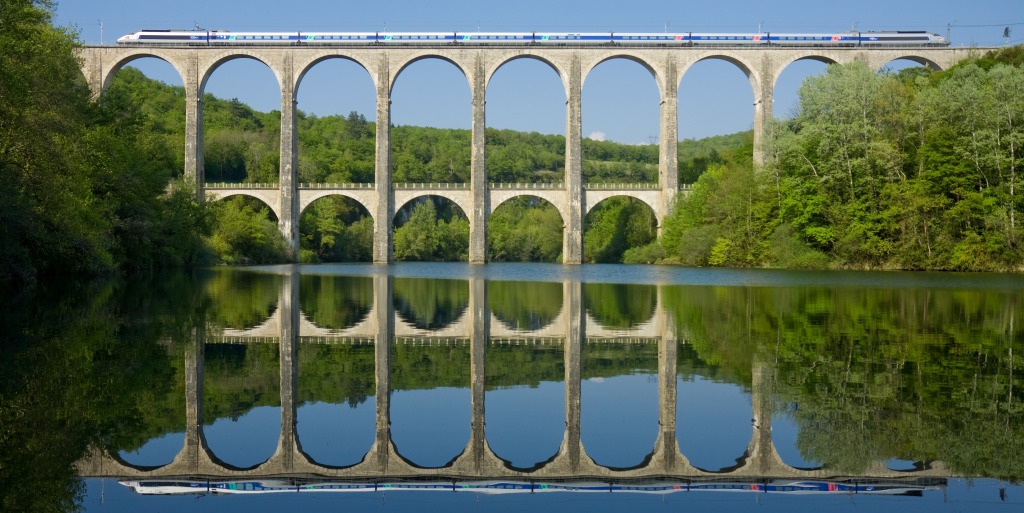 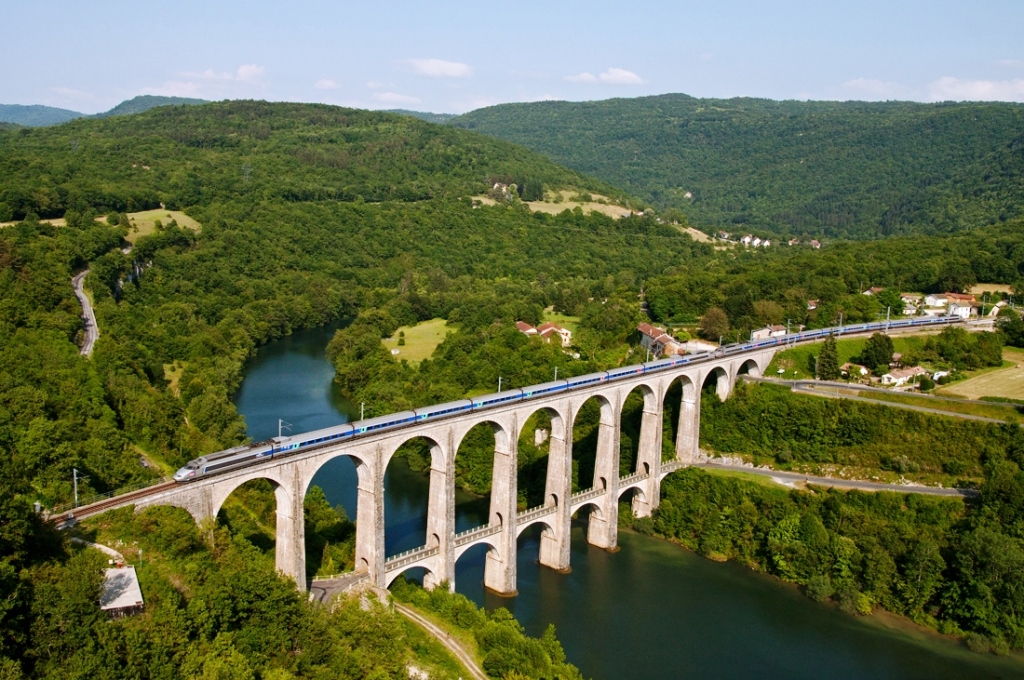 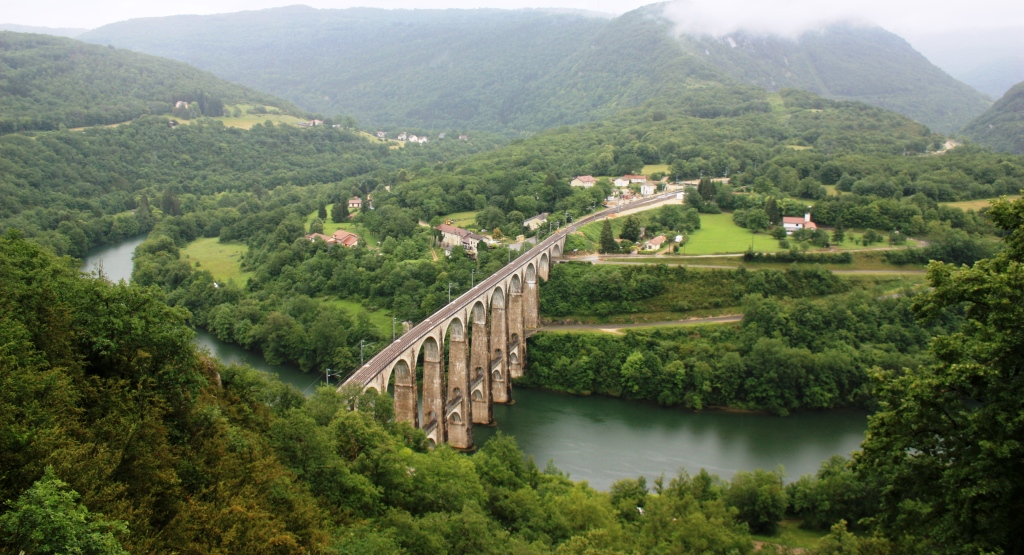 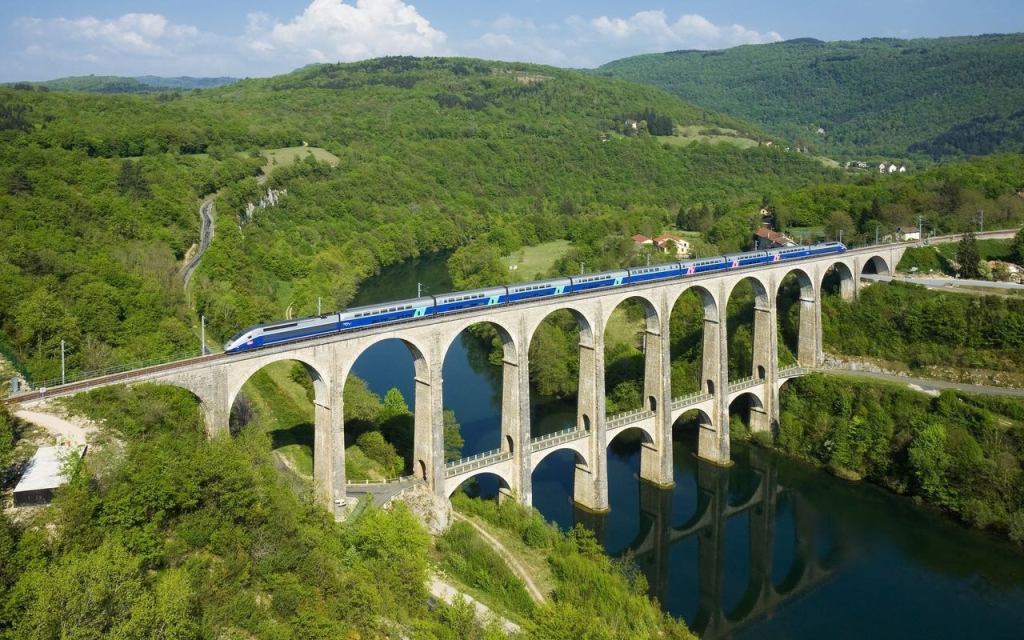 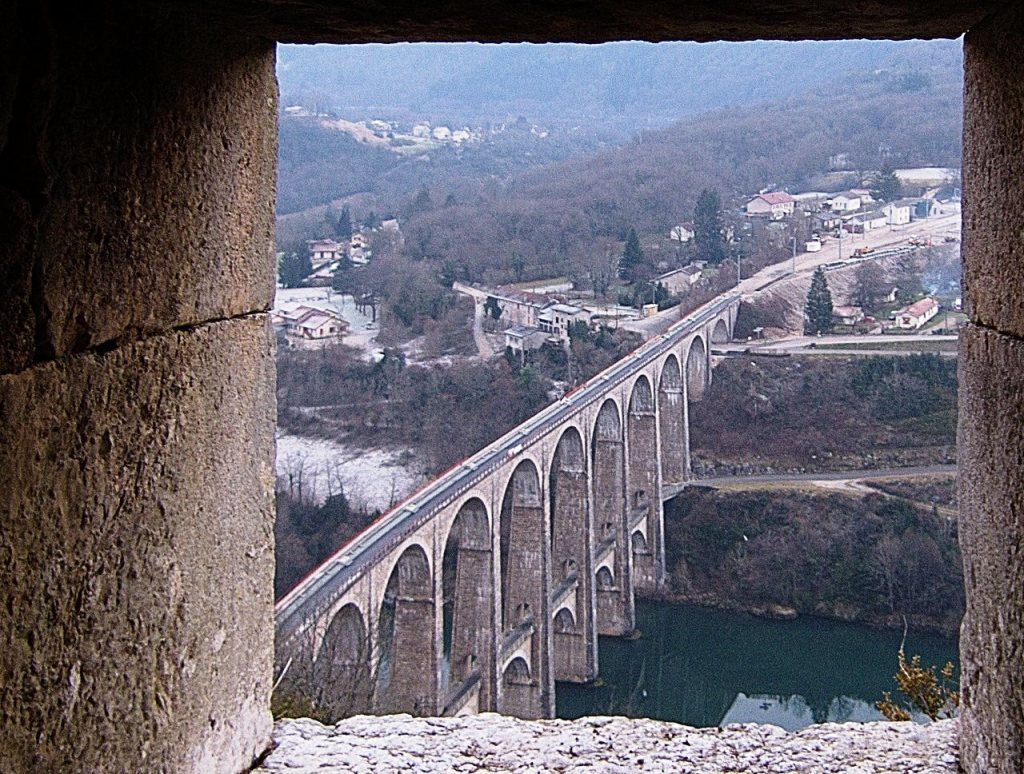