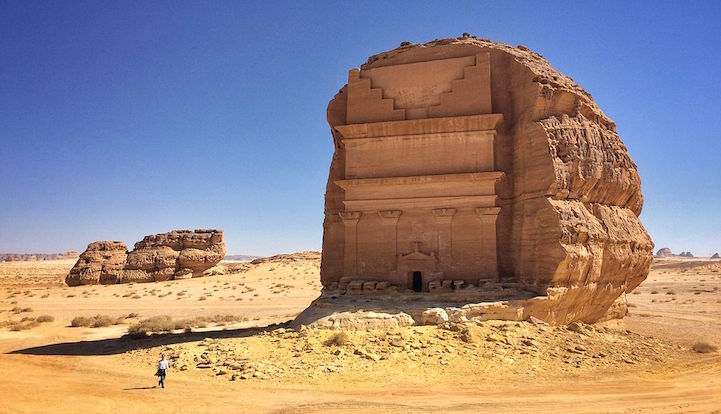 The Castle of Mada’in Saleh (is also known as “Hegra”) actually is an ancient city of pre-Islamic period situated in northern Saudi Arabia, approximately 1400 km to the north of capital Riyadh. In the barren desert landscape of northern Saudi Arabia, an ancient tomb half-carved from a single rock rises four stories tall from the arid plain. It lies in a strategic position on one of the most significant ancient trade routes, which were connected south of the Arabian Peninsula to the north, as well as to the great economic and cultural centers of Mesopotamia, Syria and Egypt.

Therefore; the most spectacular among these ruins and the most iconic symbol of Mada’in Saleh “ Qasr al-Farid “lonely castle”, the unfinished structure dates back to the first century A.D. during the rule of the Nabateans. Mada’in Saleh was the Nabatean kingdom’s southernmost and second largest settlement after Petra, its capital in present-day Jordan. The ancient city dates back to the 2nd century B.C., when it was recognized as a strategic post on a key trading route that interlinked the north and south of the peninsula, as well as key cities around the Mediterranean. Qasr al-Farid is one of 131 monumental tombs carved in the area lot of centuries ago.
Advertisement

This is the most iconic symbol of Mada’in Saleh, the most spectacular facade, cut out of a solitary sandstone outcrop, permits us to see how the “Nabateans” chiseled their buildings from the top-down. Even though the tomb was never completed, and it has remained unusually well-preserved due to the arid climate.

The Castle of Mada’in Saleh and other surrounding monuments, have relished renewed fame after UNESCO proclaimed Mada’in Saleh a site of patrimony becoming Saudi Arabia’s first World Heritage Site in 2008. It is considered one of the most central and oldest ancient cities in the country, as Mada’in Saleh is an archaeologically vital site with royal ruins that are often compared with those of Petra, because it stands completely isolated from the others.

In spite of its fanciful name, Qasr al-Farid is only a tomb and it was carved out of a single rock sometime in the first century A.D., but its facade was never finished which makes the tomb an interesting study. The heavily chiselled surface of the lower third documents how these tombs were designed from the top down. Moreover; Qasr al-Farid is just one of ninety-odd such monumental tombs carved here during the heyday of the Nabataeans. 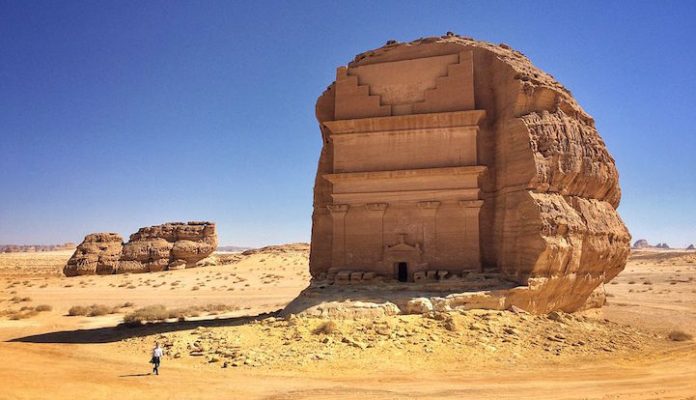 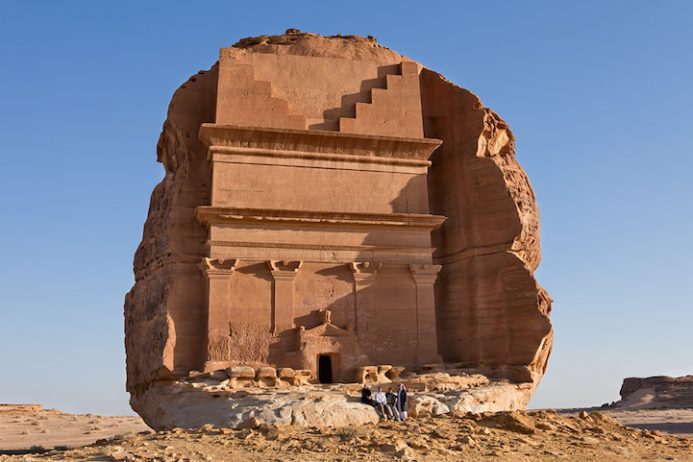 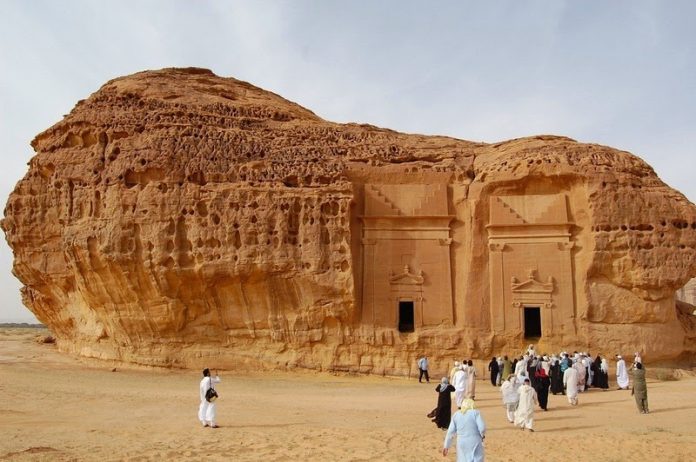 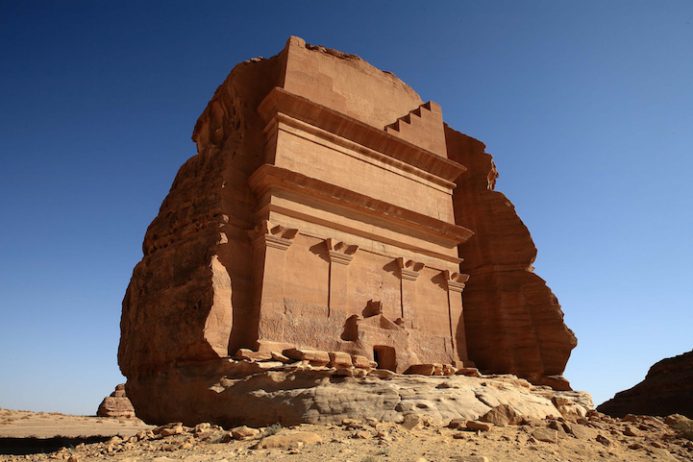 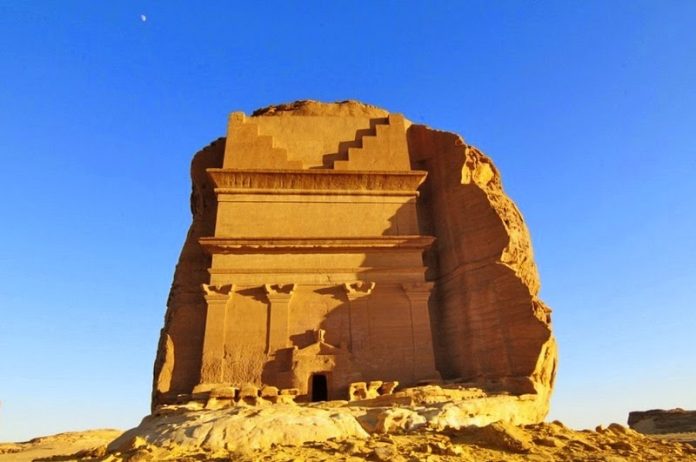 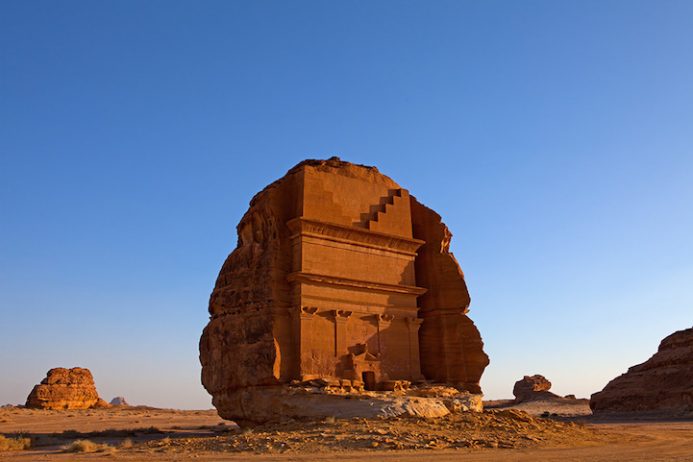 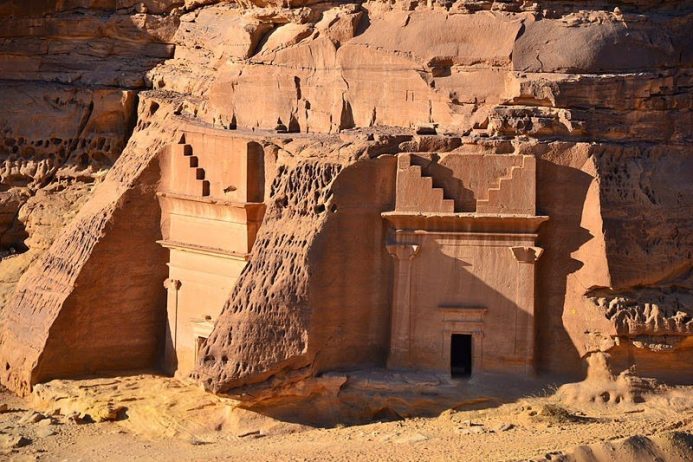 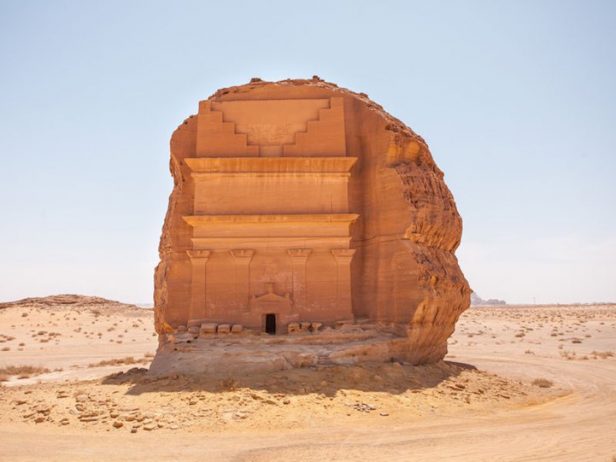 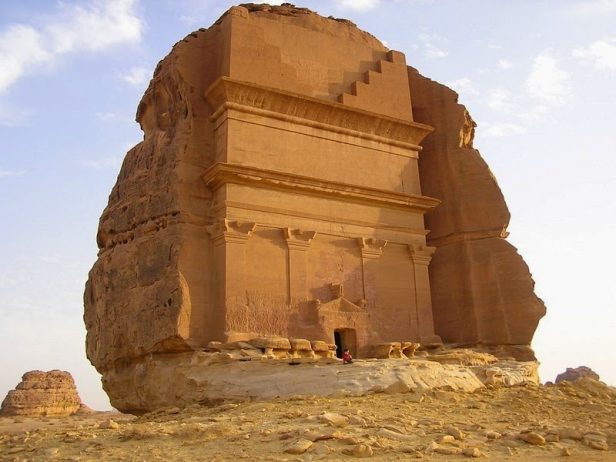 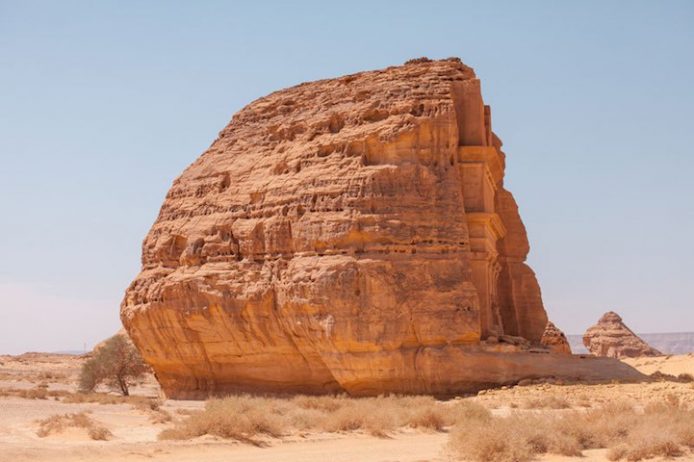 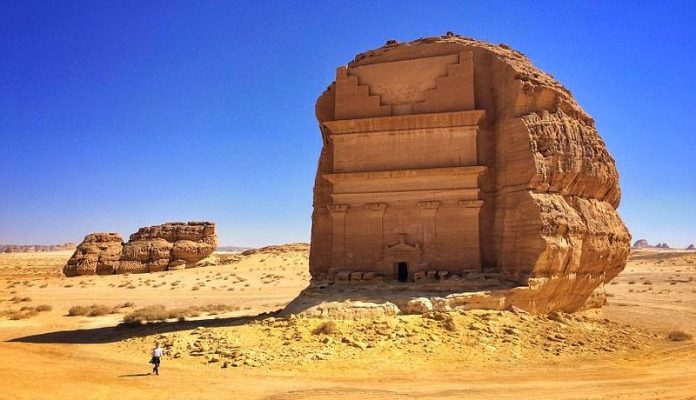 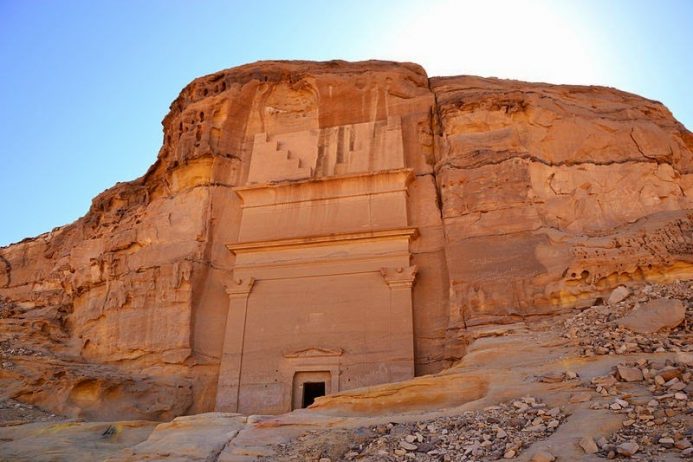 Source: My Modernmet and Amusing Planet 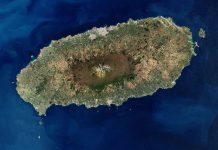 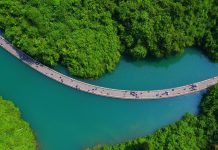