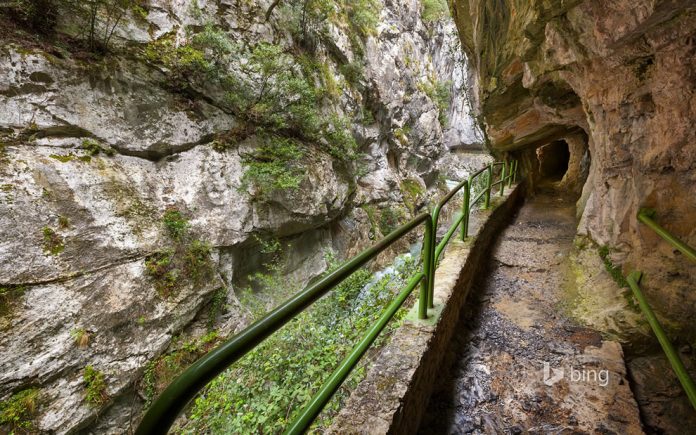 An adventure waits of hikers at the heart of Picos de Europa National Park in northern Spain. The hiking trail consists of nine miles along the Cares River and the Cares Gorge, aka “divine gorge”. Steep cliffs stretch up over 6,500 feet on one side and the Cares River is as far as 650 feet below in the deep gorge. The Cares Gorge Trail is tremendously popular because it is considered one of the most striking walks in all of Spain.

The footpath was well improved about sixty years ago when tunnels were carved into the mountain to serve as a maintenance trail to a hydroelectric power station. Long time ago some particular sections of the path were used by shepherds, sheep and even goats. In the snowy seasons this route providing the only communication between two villages. The Picos de Europa national park was also named a biosphere reserve by UNESCO.

Whenever you visit Spain, it is highly recommended to reserve a day to trek this beautiful trail. Cares Chanel narrow pathways carved into stone to observe one of the most attractive hiking adventures in Spain. The trail gets pretty crowded at weekends and in high season, although it is emptier around lunchtime go mid-week if you can. Animals you may see include goats and huge vultures soaring high above the spikes.

The Cares Gorge Trail is massive outstanding lovely in its upper reaches, and unmissable if you are anywhere near the Picos de Europa. The river has been somewhat diverted for hydroelectric power, water coursing down a canal built into the mountain itself, and walkers can use the related maintenance path. This is an inspiring feat of engineering, clinging to the cliff face and tunneling through live rock.

Though the track is wide and easy, and perhaps it’s not the best place for sufferers from vertigo. The lower gorge is enormous and grand, the path winding perhaps a thousand feet above the river after an ascent from the perfect Roman Bridge with magnificent swimming-pool beneath it near Poncebos. You get big views along the gorge from ridge tops, where you want to sit and marvel.

On the southern side it is massive Murallon de Amuesa wall. The river is a little glistening thread from here. Around the great bend, the upper south-north gorge is more attractive, greener and more enclosed. Between cliffs and crags, thinly forested couloirs soar for hundreds of meters to the dreadfully distant peaks framed between their walls. The deep recesses of the gorge hardly ever see the light and harbor a dank, ferny microclimate.

It is extremely difficult to do fairness to the drama of the path as it winds, hundreds of sheer feet above the river, around the smooth walls of the gorge, at times dipping through arches or longer galleries. As you approach Cain, you will cross the gorge twice on spectacular bridges, and pass through a series of galleries. Some people descend the gorge from Cain where the gorge-proper begins to Poncebos, although it is possible to start/finish at the villages higher up the Cares valley.

However, ascending to Cares Gorge Trail the gorge is perhaps preferable. The gorge path from Poncebos to Cain is around 15 kilometers figures vary wildly and takes around three and half hours to walk but assume a lot of extra gawping time. Getting among the two road heads is difficult and takes two hours by taxi so some people walk both ways along the gorge, or walk in as far as their time and inclination permit them before turning back. 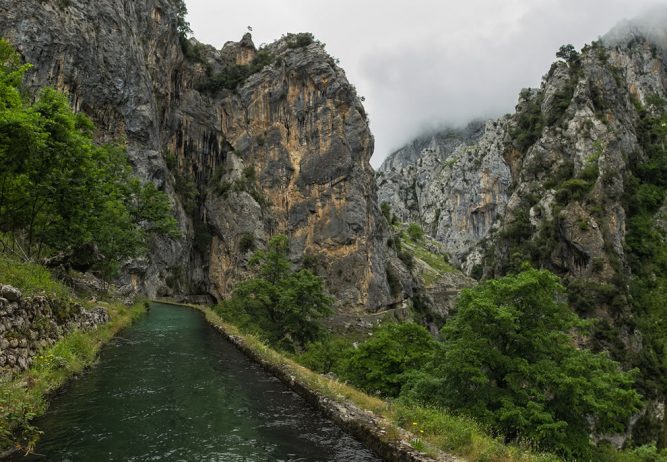 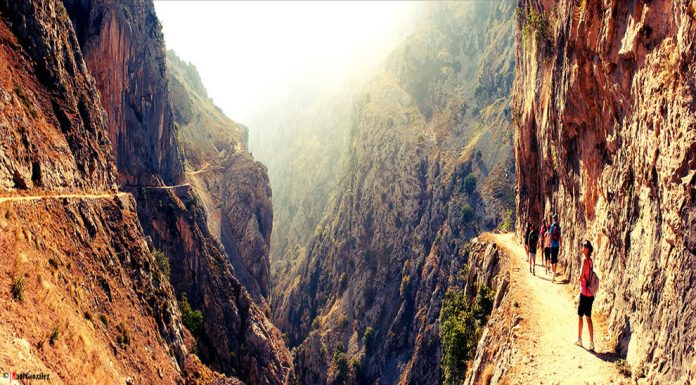 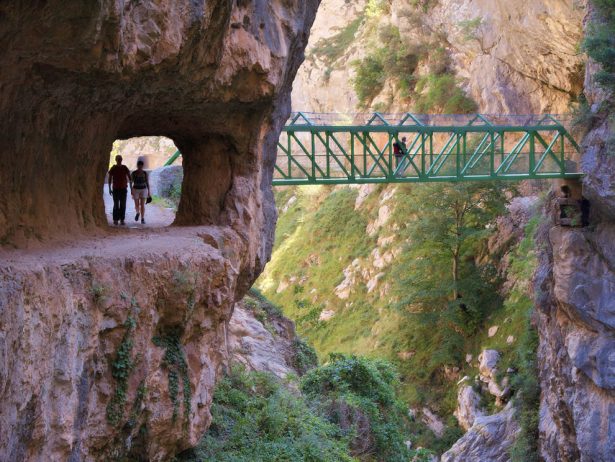 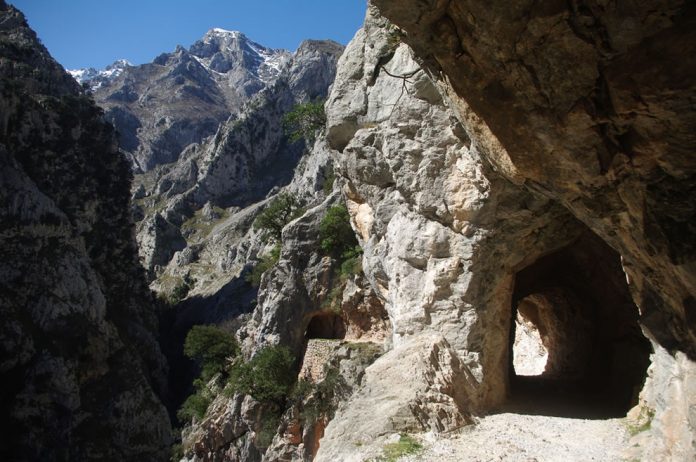 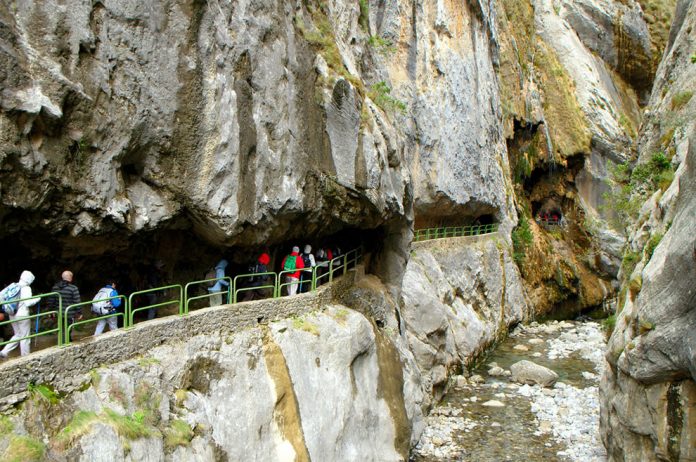 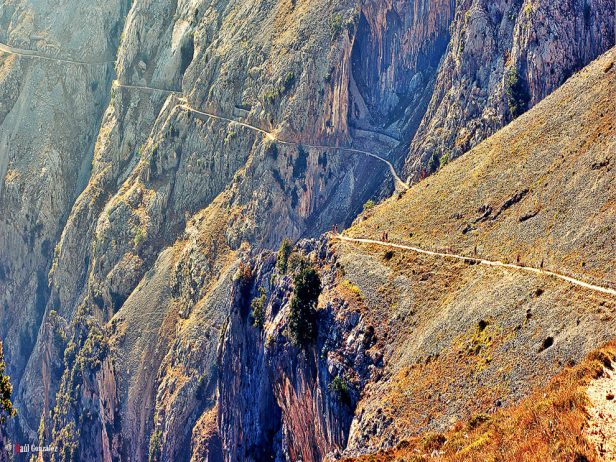 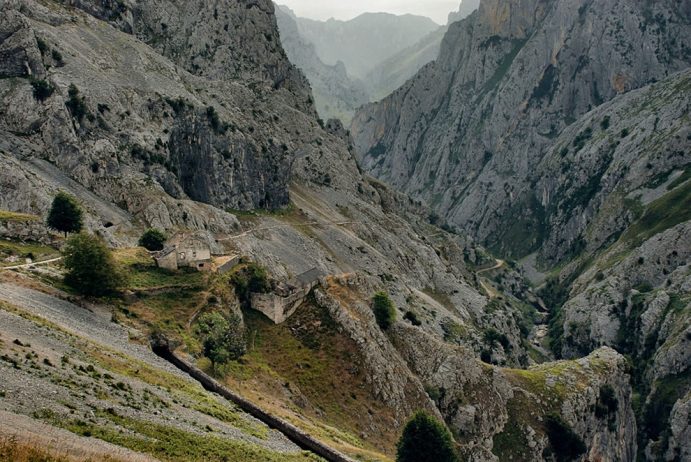 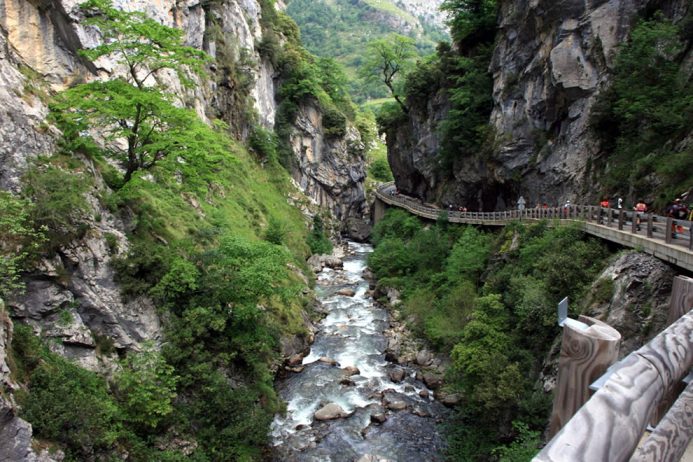 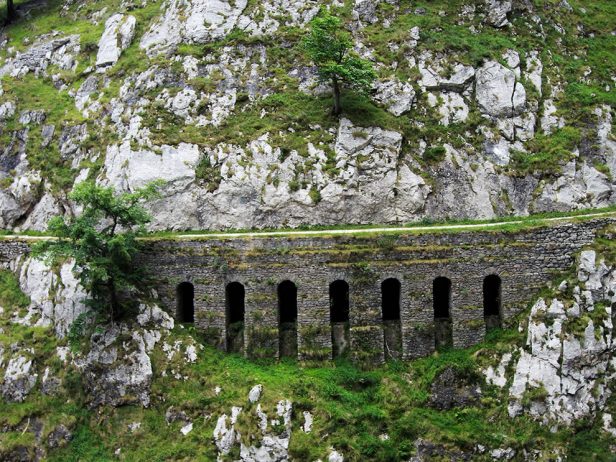 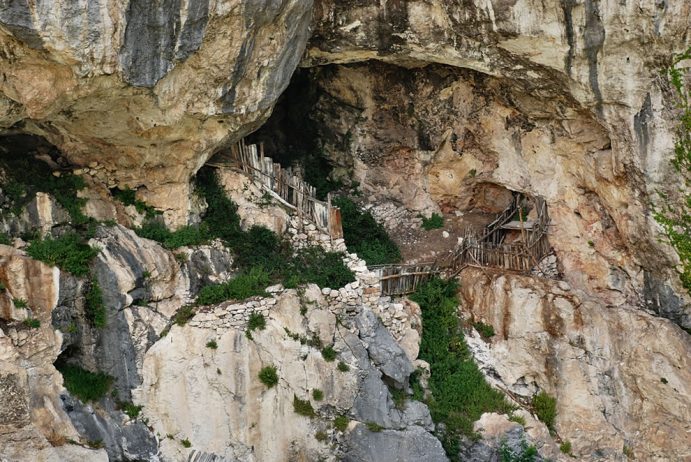 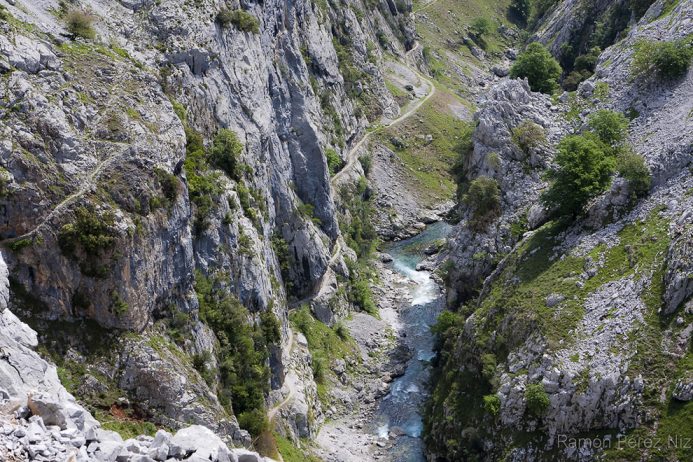 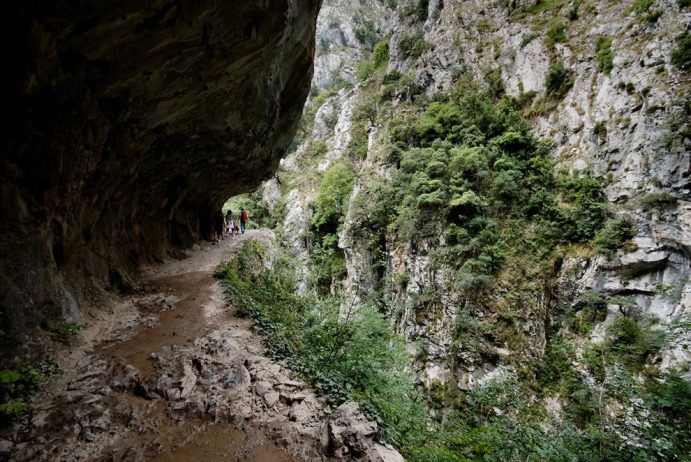 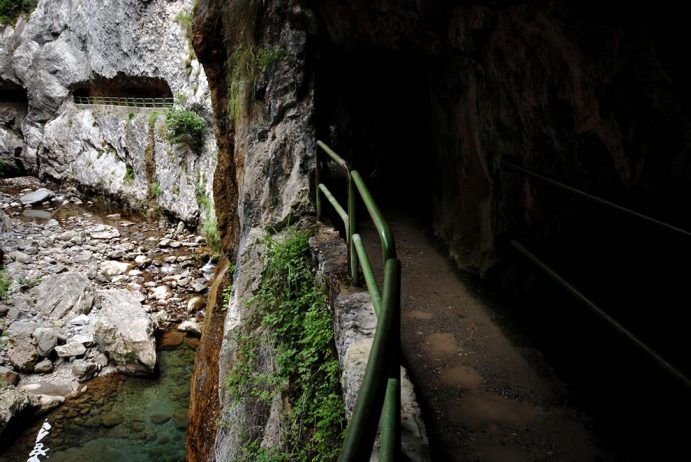 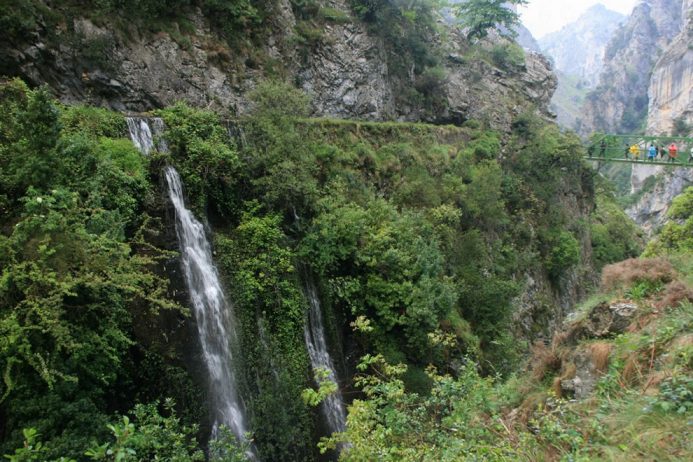 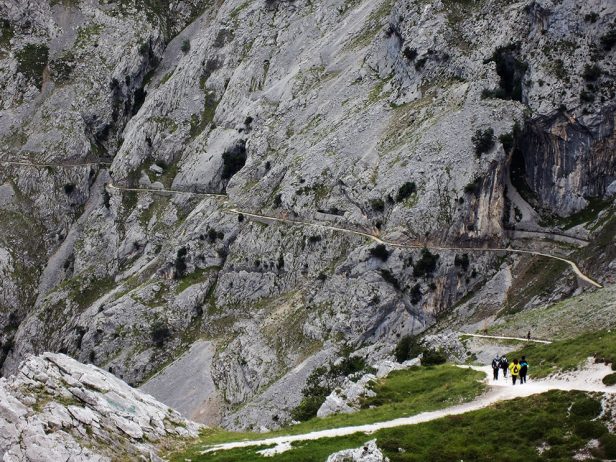 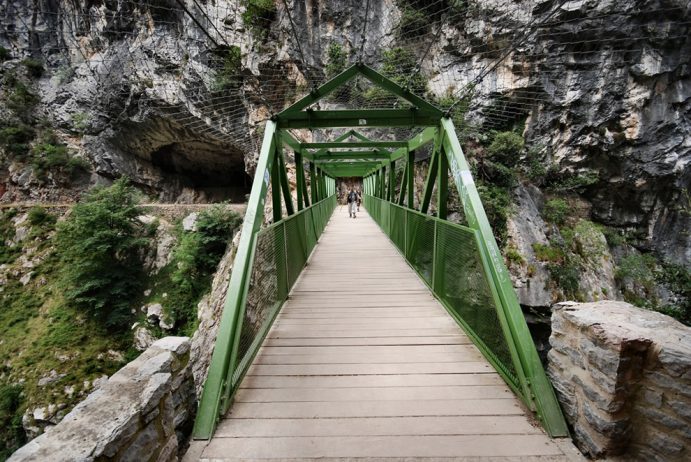