The brambling “Fringilla montifringilla” is actually a little passerine bird in the finch family Fringillidae. It is a widespread bird of Europe. The common English name is derived from Common West Germanic “brama” meaning bramble or a thorny bush. It has also been called the cock o’ the north and the mountain finch. The beautiful brambling is alike and shapes a common chaffinch.

Breeding – The male plumage of bramblings is very distinguishing, with a blackhead, dark upperparts, colorful orange breast with a white belly. However, females and younger birds are less distinctive, and more related in appearance to some chaffinches. In all plumage, though, bramblings differ from chaffinches in a number of features, brambling has a white rump whereas of chaffinch is gray-green.

The breast is orange, contrasting with a white belly on brambling, whereas on chaffinch the underparts of more uniformly colored pink or buff. However, brambling’s scapulars are orange, whereas chaffinch is grey or grey-brown, the flanks are dark-spotted on brambling, plain on chaffinch.

Brambling is an almost completely migratory bird, and in Europe, it forms large flocks in the winter, sometimes with thousands or even millions of birds in a single flock. Moreover, such large gatherings happen particularly if beech mast is abundant.

This Bird of Europe species do not require beech mast in the winter, but winter flocks of bramblings will move until they find it. This may be an adaptation to avoid competition with the Chaffinch. The bird normally likes to eat seeds, but contrasting to most finches, their young are fed largely on insects. It builds its nest in a tree fork and decorates the exterior with moss or lichen to make it less conspicuous.

The Bird of Europe lays four to nine eggs. The brambling is a widespread and plentiful species and is not considered to be threatened with extinction. In Europe alone, which accounts for less than half of its breeding range, over 13 million pairs are found breeding across northern regions that include parts of Iceland, Denmark, Germany, Scandinavia, Finland and, Russia. 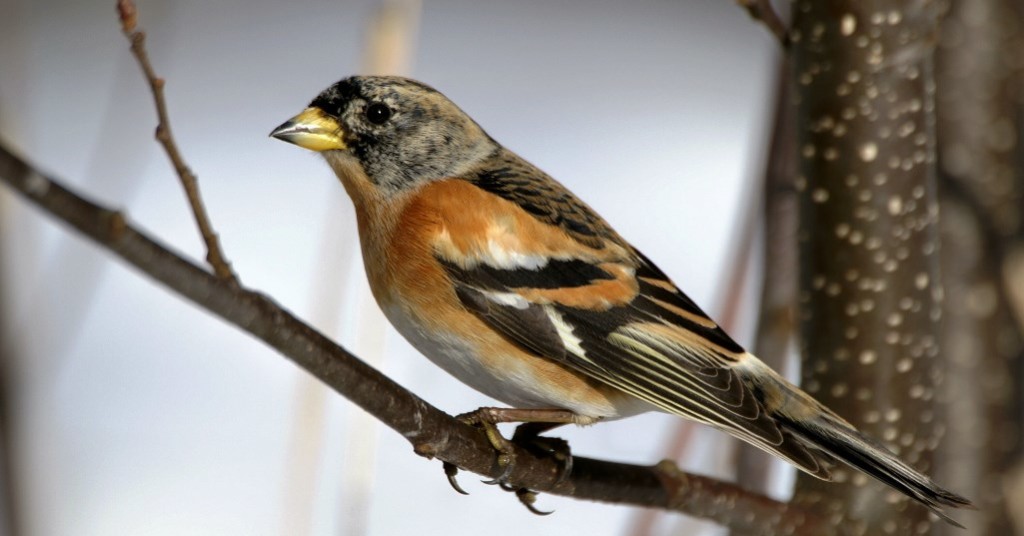 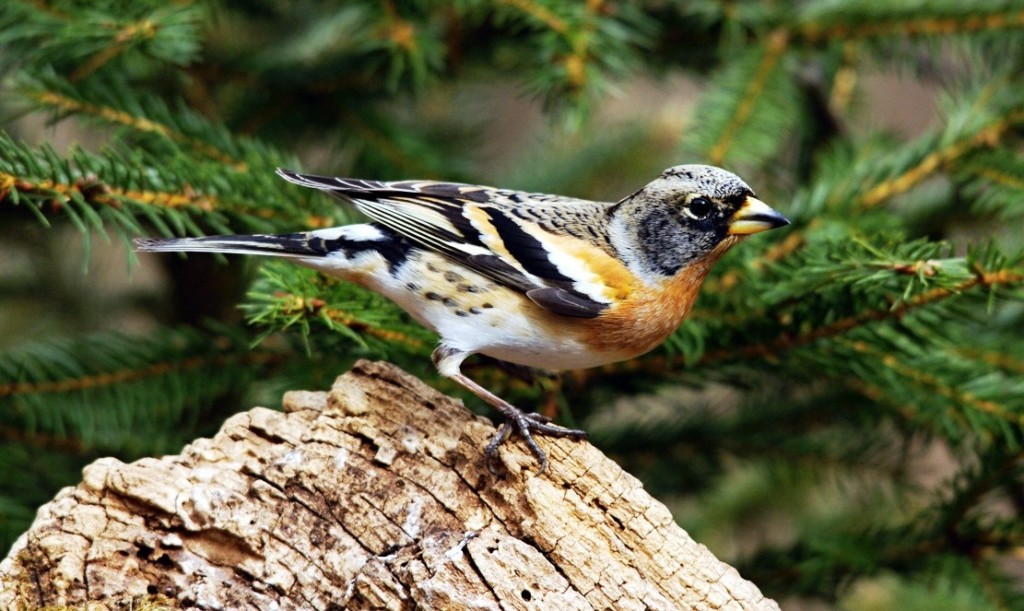 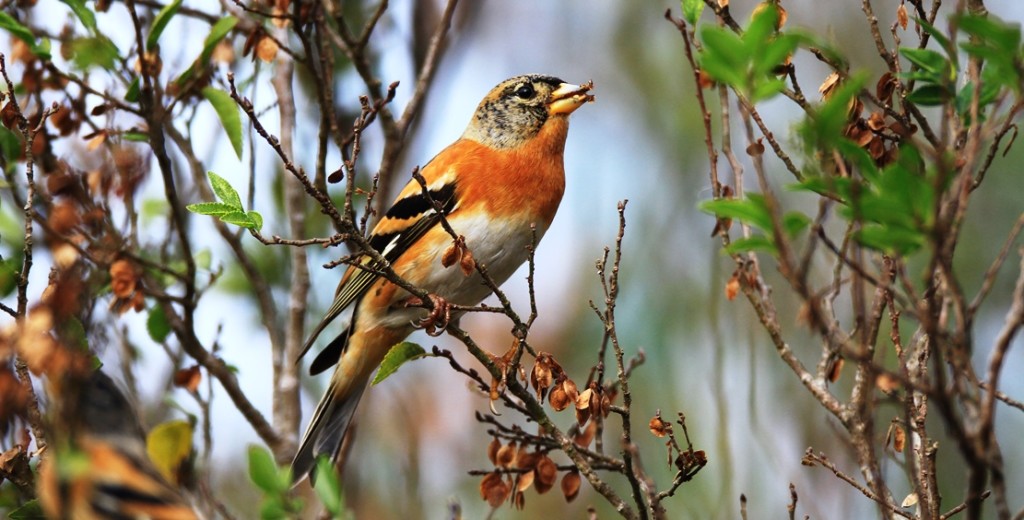 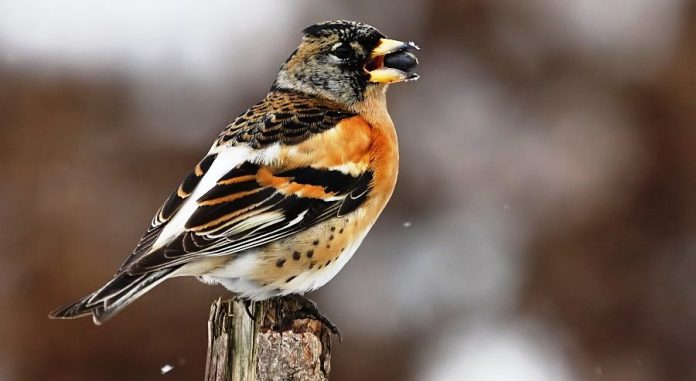 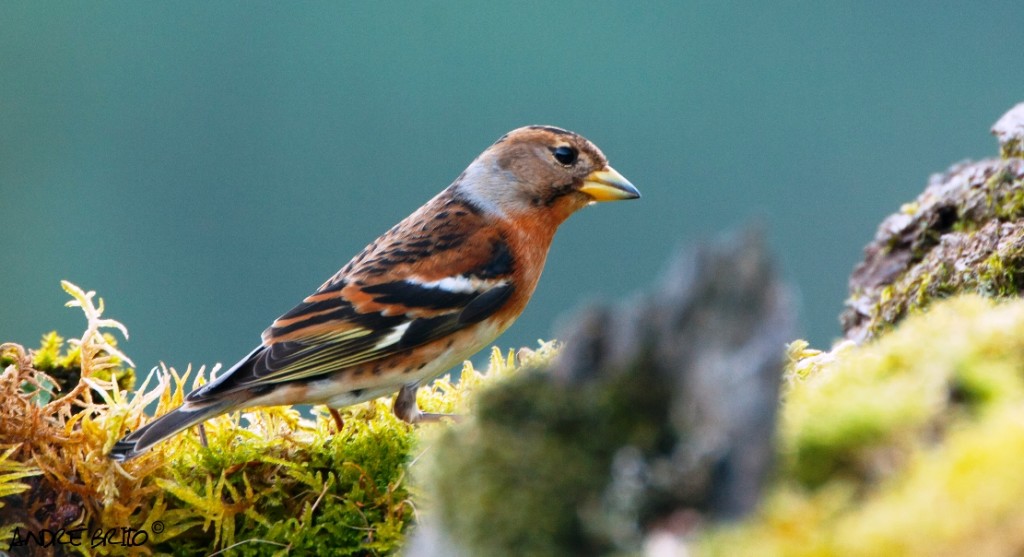 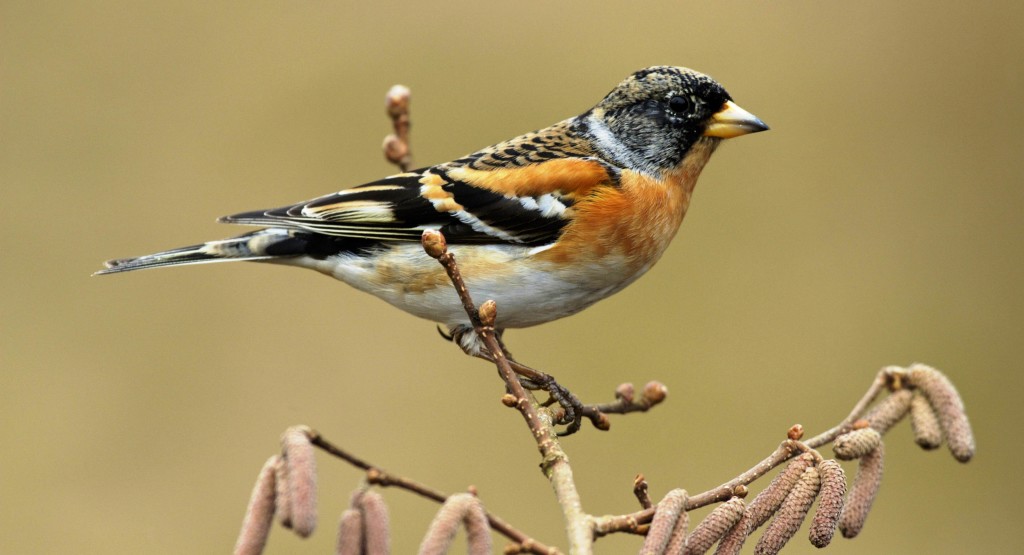