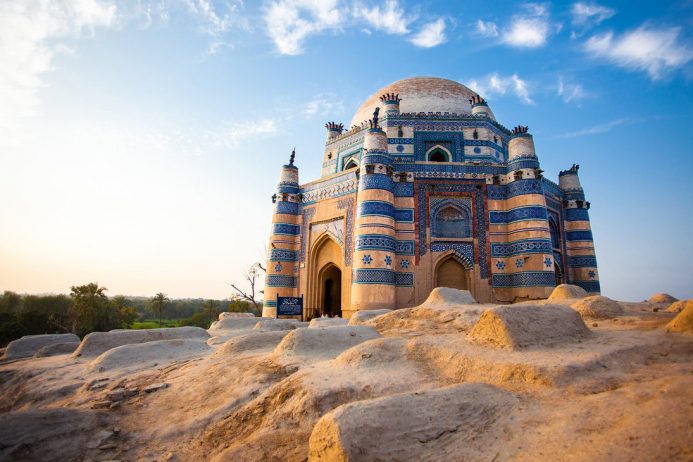 The Tomb of Bibi Jawindi is one of the five monuments in Uch Sharif, in the Bahawalpur state and Punjab province of Pakistan. Uch is an important historical city, having been founded by Alexander the Great, previously located at the confluence of the Indus and Chenab rivers. The Bibi Jawindi is considered one of the most ornate monuments in Uch and on the tentative list of the UNESCO World Heritage Sites.

The tomb was submitted by the Department of Archaeology and Museums Pakistan in Jan 2004 to be inducted in the World Heritage Sites along with four other monuments in the region. In 1493, Iranian prince, Muhammad Dilshad Of Khorasan has built a shrine for Bibi Jawindi, who was the great-granddaughter of Jahaniyan Jahangasht, who was a famous Sufi Saint. The Personage Lying buried here was the pious lady popularly known as “Bibi Jawindi”, The site Uch, which is locally recognized as Uch Sharif, is famous as the home of the “shrine culture” because of its cultural importance and the presence of numerous monuments and shrines.
Advertisement

However, the tomb of Bibi Jawindi is a famous place for visitors. The exterior of the tomb building is octagonal and has three tiers with the top one supporting a dome, while the interior is circular due to thick angled walls rising up two stories. Therefore, both the interior and exterior of the building are splendidly decorated with Islamic scriptures, with beautifully carved timber, and bright blue and white mosaic tiles recognized as faience.

Moreover, the base tier is well-supported by eight tapering towers in each corner, and the compound encompassing the shrine is preserved in its original desert-like conditions and is regularly covered with cemented graves. The surrounding area is exquisite, covered with green vegetation due to a network of river tributaries and canals crossing the area. The other important monuments in this area are the Tomb of Baha’al-Halim, Tomb of Ustead, Tomb of Jalaluddin Bukhari, and the Mosque of Jalaluddin Bukhari.

For the last several centuries, the tomb of Bibi Jawindi has poorly disintegrated due to environmental conditions, and during torrential floods in 1817, even half of the structure washed away. Presently, only the remaining half of the structure is still standing, although the Conservation and Rehabilitation Center of Pakistan invited international bodies and city officials to work on the conservation of the place in 1999.

Though, due to salt infiltration, humidity and erosion, the complex monuments are still disintegrating. Moreover, inappropriate techniques of repair have further damaged the complex. The World Monuments Fund placed the structure on their Watch in 1998, 2000, and 2002 to gather international attention and managed to obtain grants to conserve the tombs. 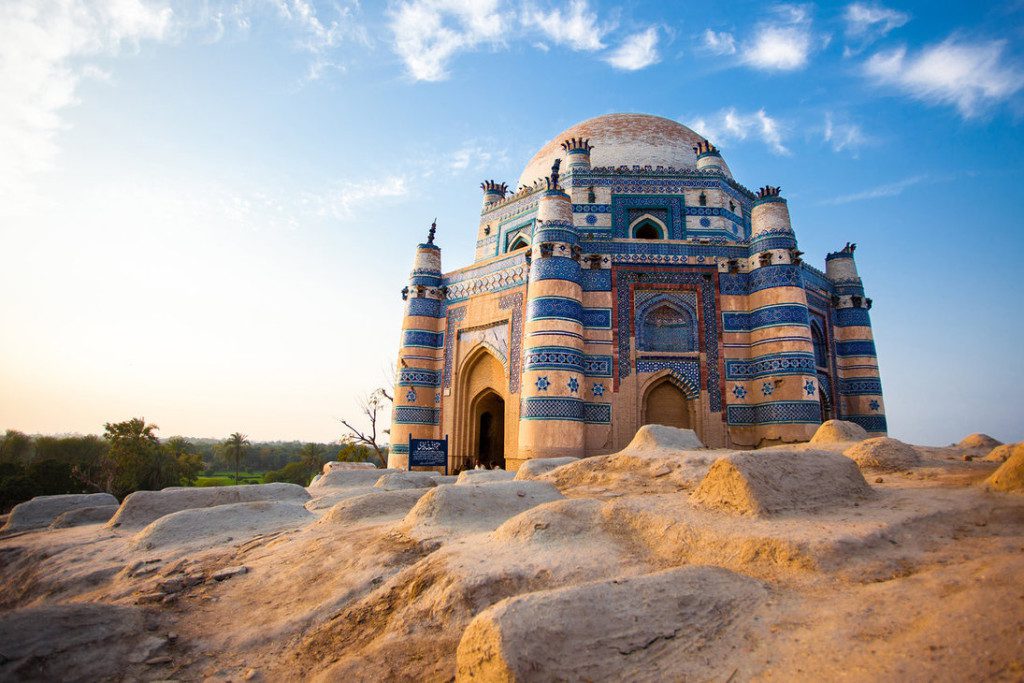 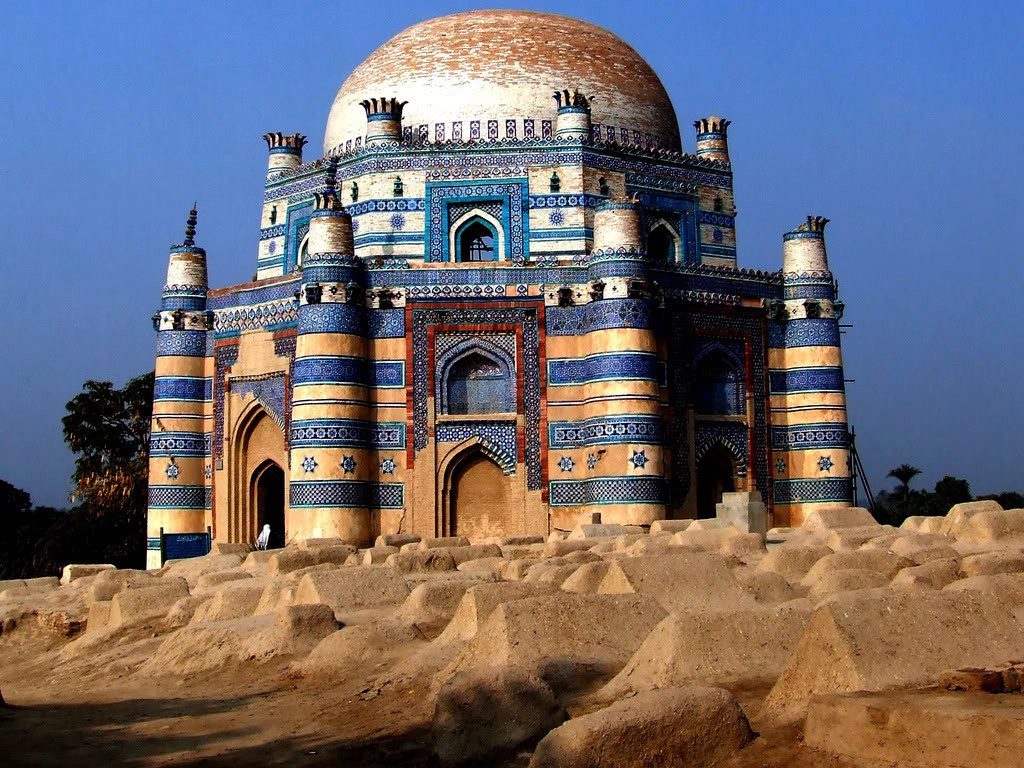 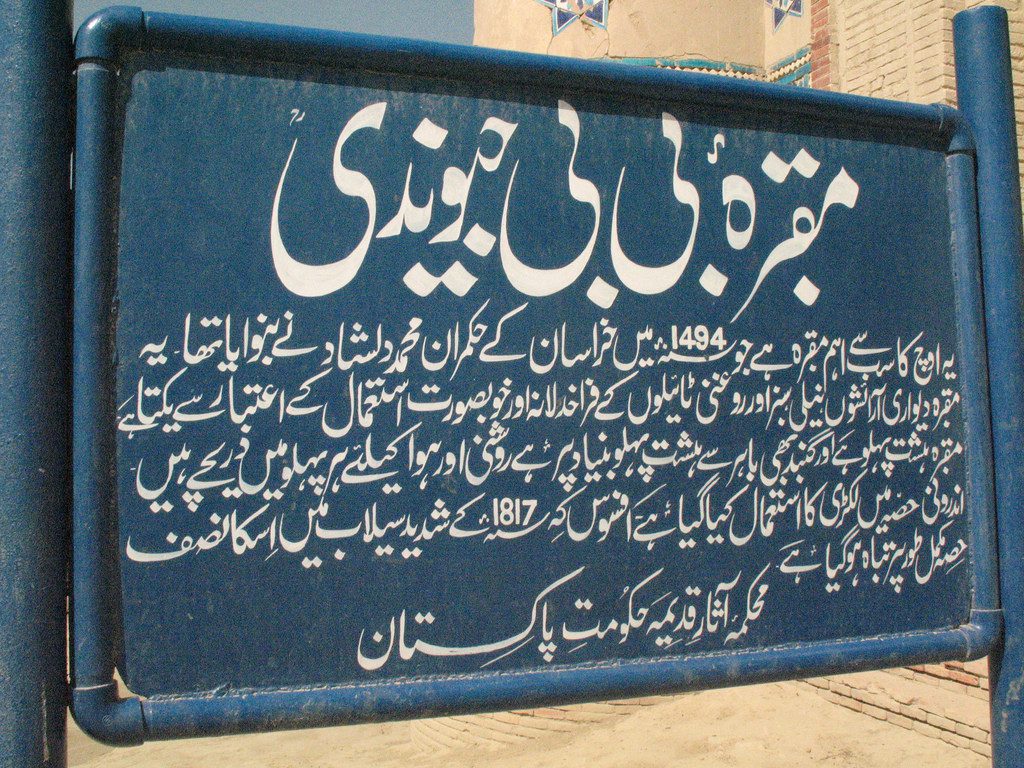 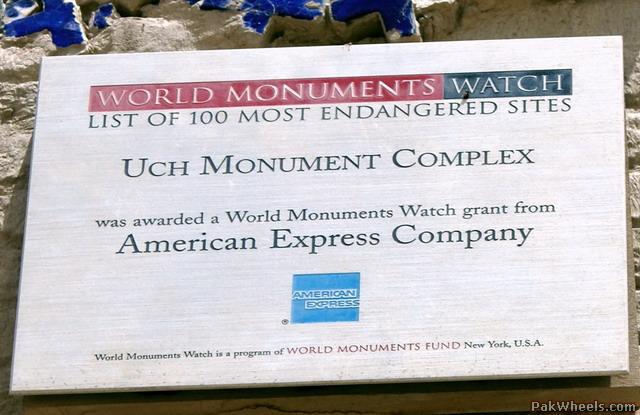