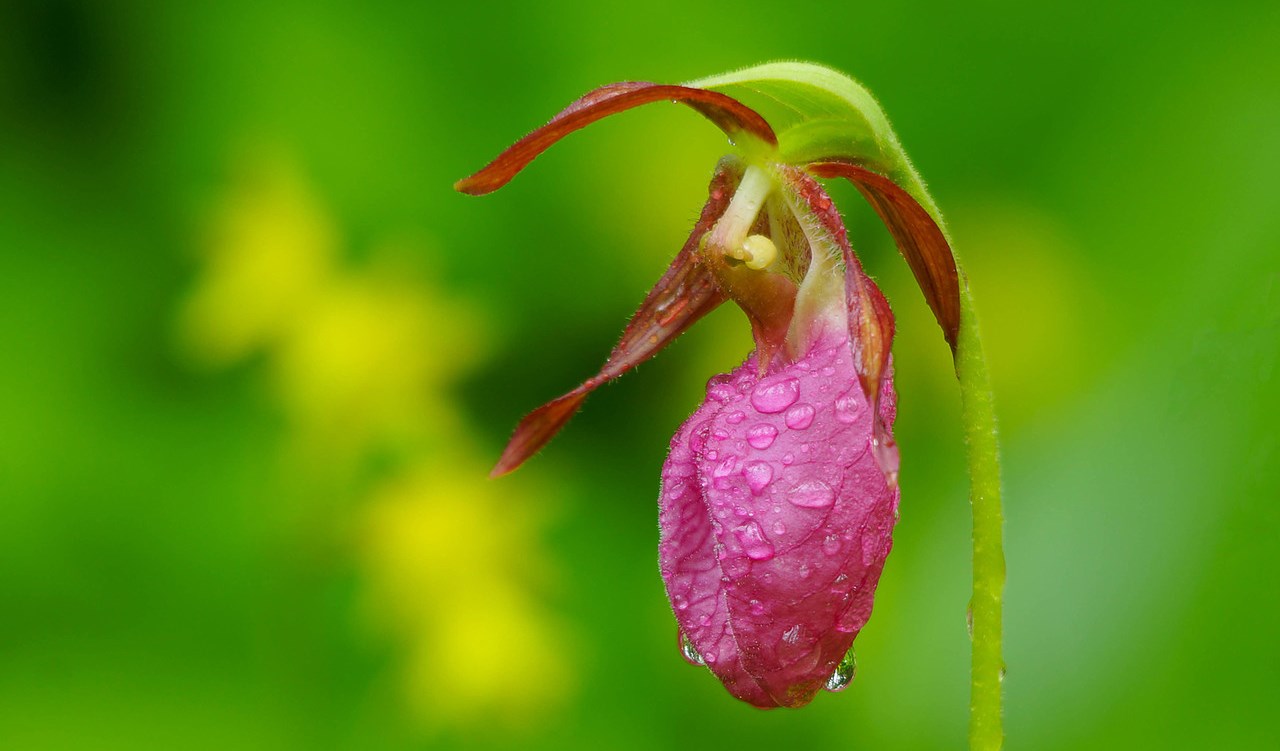 The Pink Lady Slipper Flower is also known as the moccasin flower. It is very own much admired and often misunderstood wild native orchid in North America. Cypripedium acaule is a member of the orchid genus Cypripedium. The flower commonly referred to as the lady’s slipper orchids. The Lady’s slipper is first described in 1789 by Scottish botanist William Aiton.

The flower is named for its resemblance to a delicate pair of feminine slippers in hues of pink, white, or variegated colors. Lady’s slipper orchids have a commanding presence their inflated blooms are charismatic to the point of heady swooning and inspiring colorful prose. The lady slipper flower is a hardy perennial & stubborn plant, can take many years to grow and develop from seed to mature plants.

The seed germination tends to be less commonly available than other Cyp species and hybrids. This is primarily due to the extra care that must be provided if the growing site is not naturally suitable for in-ground cultivation. In pink lady’s slipper, it is the flower and not the root, that is reminiscent of male naughty bits.

The pink lady’s slipper labellum is inflated and heavily veined, and the other two petals are pink and narrow, twisting, and extending out to the side of the flower, like a dancer’s arms in mid-twirl. The flowers rely on a process called symbiosis to survive, which is typical of most orchid species. Symbiosis is when an organism, in this case, a fungus found in the soil, is needed for a plant to grow and thrive.

The fungus breaks open the lady’s slipper seed and attach to it, passing on the food and nutrients needed for it to flourish. Once the lady slipper plant is mature and producing its own nutrients, the fungus will extract nutrients from the orchid roots.

The lady’s slipper requires highly acidic soil but tolerates a range of shade and moisture, though it prefers at least partial shade and well-drained slopes. It is habitually found in pine forests, where it can be seen in large colonies, but it also grows in deciduous woods. Once the lady slipper plants established, it will propagate at their own and live for lots of years if left undisturbed.
Advertisement

Because a picked lady slipper will not rejuvenate itself, and the plant has a less than 5% transplant success rate, they are often considered “off-limits” to pickers and diggers. The alluring pink petals, along with the flower’s wafting fragrance, entice large bumblebees.  Who ineptly pry their way into the inner chambers of the labellum, but bees quickly realize they have been duped, as there is no nectar to be found.

The bees are incapable to retreat via the labellum due to the petal’s crafty design, so they look elsewhere for an escape from the pink luminescent chamber. Lady’s Slipper color is so soothing and peaceful, look like so many little pink balloons, long deflated, on short stalks. Its scientific name is Cypripedium acaule; the species name means stemless, but flower actually has a stem, though not technically a stem. It’s a flower stalk, which botanists call a scape.

Pink Lady Slipper Flower grows in dry or wet acidic woods, under conifers such as pine and hemlock, or in mixed hardwoods. In the southern Appalachians, it is growing under sourwood, white pine and tupelo trees. Its range extends from Newfoundland, west to Alberta, down into northern Alabama and eastern Georgia. Also, Read Cosmos Flower! An Ideal Plant For Back of You’re Garden 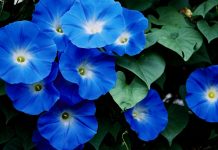