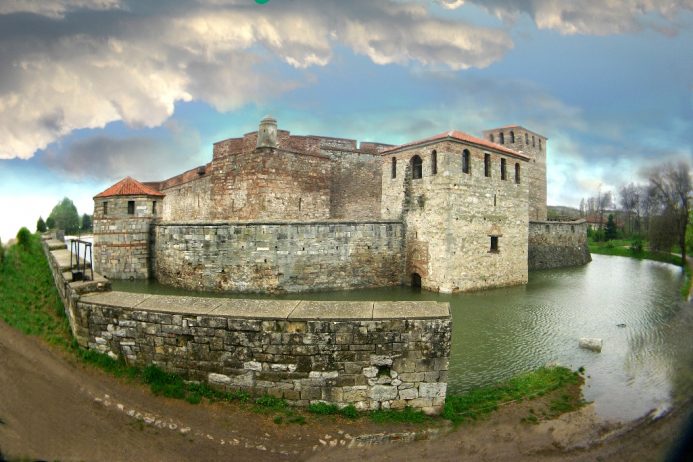 Baba Vida, is the only completely preserved medieval fortress in Bulgaria, featuring both a fortification and royal castle in northwestern Bulgaria and it is town’s primary landmark. It comprises of two fundamental walls and four towers. As the most significant fortress in the region, it played a vital role in the game of power during the several centuries. Baba Vida is situated at an altitude of 39 m.

The fortress construction was started in the 10th century at the place of an Ancient Roman watchtower. The building of Baba Vida is tied to a legend, according to which a “Danubian Bulgarian King” who pompous ruled at Vidin actually had three beautiful daughters: named “Vida”, “Kula” and “Gamza”.

Before his death, he decided to distribute his realm between them. The name “Baba Vida” refers to these Bulgarian sister princesses. The two of whom married impetuously and wasted there inheritances while the third one “Vida” – remained single and built the fortress in her city. Vida, the eldest, was given Vidin.

The Carpathians, However, Gamza and Kula married to drunkard and warlike nobles, the name of the castle means “Granny Vida”. Baba Vida served as Vidin’s main defensive building. Hence during the course of the middle ages and acted as the most vital fortress of northwestern Bulgaria. The Baba Vida stronghold stood an 8 month-long siege by Byzantine forces led by Basil II.

But he was badly damaged and once again erected during the rule of Ivan Stratsimir, as who’s capital it served. Moreover in between 1365 to 1369, the fortress was in Hungarian hands. Vidin was abruptly attacked by the forces of Louis I of Hungary. But it took quite a few months to overcome Baba Vida.

In 1369, “Ivan Sratsimir” managed to regain control of his capital, albeit having to remain under Hungarian over lordship. Although in 1388, the Ottomans attacked Sratsimir’s lands and forced him to become there vassal. But in 1396, he decides to join an anti-Ottoman crusade led by the King of Hungary, “Sigismund”, placing his resources at the crusaders’ disposal.

The crusade finished in the terrible Battle of Nicopolis at Nikopol, Bulgaria, with the Ottomans conquered most of Sratsimir’s realms shortly thereafter, in 1397. The fortress played a role during the Ottoman rule of Bulgaria, serving as a weapon warehouse. The Fortress is a prison, also as residence for Osman Pazvantoğlu. It has been no longer used for defensive purposes since the end of the 18th century.

As the time passes, Baba Vida was opened as a museum to visitors in 1958. In 1964 the medieval castle was declared a cultural monument of national importance. Over the course of it’s existence, the Baba Vida Fortress been built and rebuilt on various occasions, with elements of it’s past visible throughout.

These days, this restored site and museum has a main courtyard surrounded by an inner and outer wall as well as four towers. Where finds and intelligence about it’s history are kept. Being a famous tourist attraction in the towns, the fortress has been restored to it’s earlier appearance.