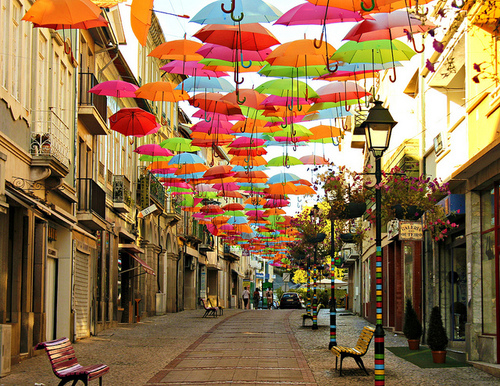 Portugal is a European country officially named as the Portuguese Republic is a developed country with an advanced economy and high living standards. But around a special time of the year the Portuguese city filled with an outburst of rainbow colors? The beautiful multi colors umbrellas like Orange, Red, yellow, green, blue, pink, and different hues of umbrellas suspended in mid-air is an exclusive thing to observe in Agueda which makes for a splendid site for the tourists visiting Portugal along the local people here.

It’s that time of year again! A new canopy of attractive colorful umbrellas has been formed over the streets of Portugal. It’s been two years ago, photographer Patrícia Almeida introduced the novel idea of whimsical installation put on by production company Sextafeira Producoes for the annual arts festival Agitagueda. The festival is held every July in the city of Agueda, the festival draws thousands of tourists who come to the city to relish art exhibits and concerts.

Though last year’s umbrellas appeared darker in color than the previous, with more main colors, this year we grasp a softer palette with sprinkles of purples and pinks. However Europe has a plenty of natural beauty in all its countries and their cities but Portugal’s Umbrella sky has a distinctive charm working for it. In some selected areas of Agueda the streets can be seen covered by these lovely umbrellas. If one is travelling adjacent than this is a must visit place to see the beautiful canopy of umbrellas and if you are not travelling anywhere near Portugal then why not to plan it now. . We can’t get plenty of this joyful installation. It is something to look forward to every July! 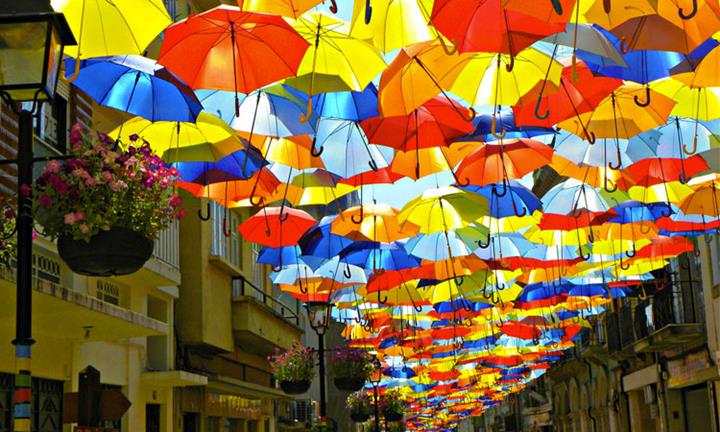 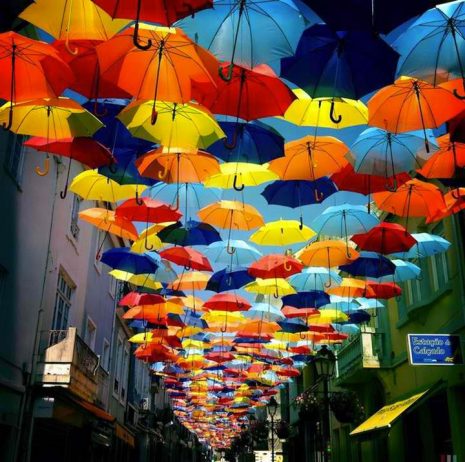 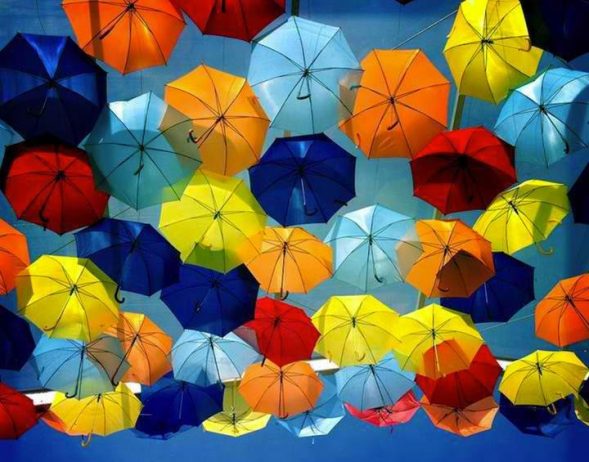 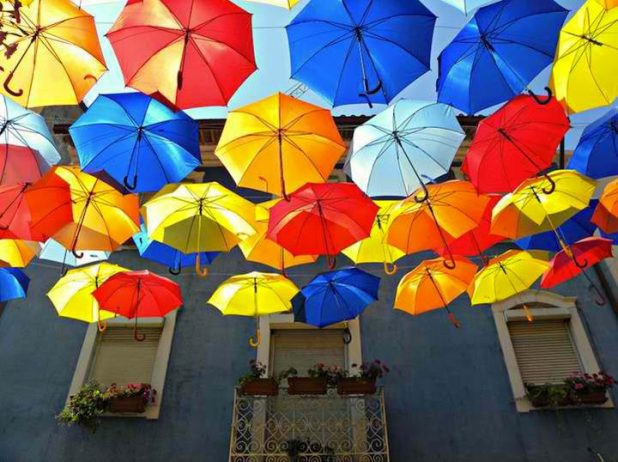 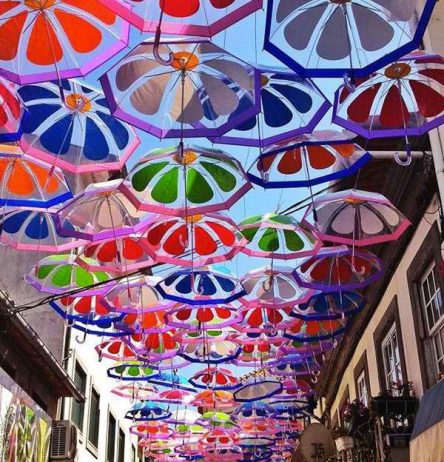 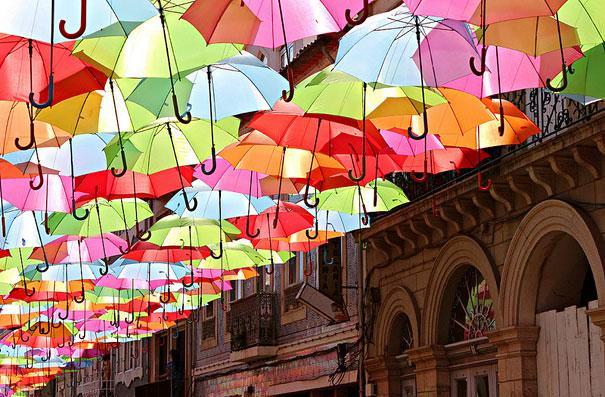 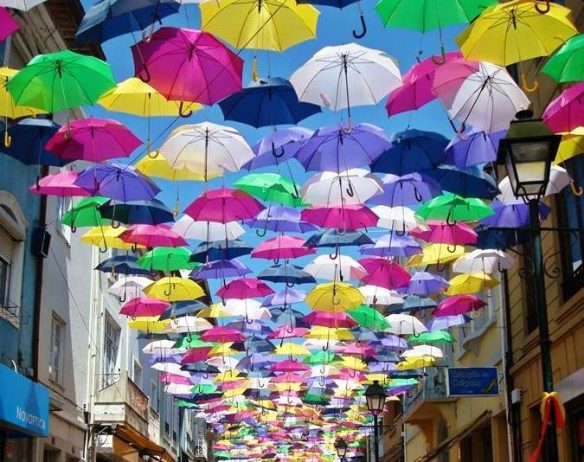 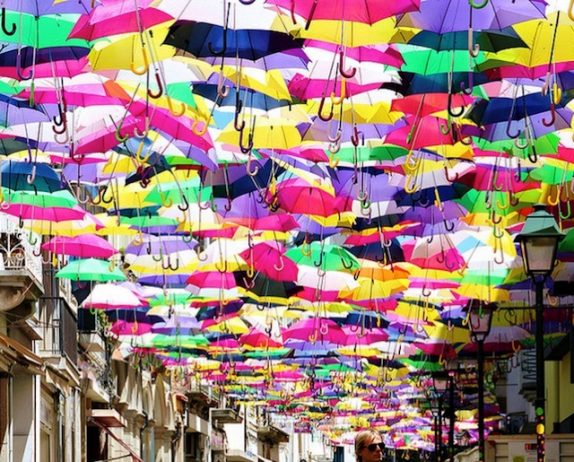 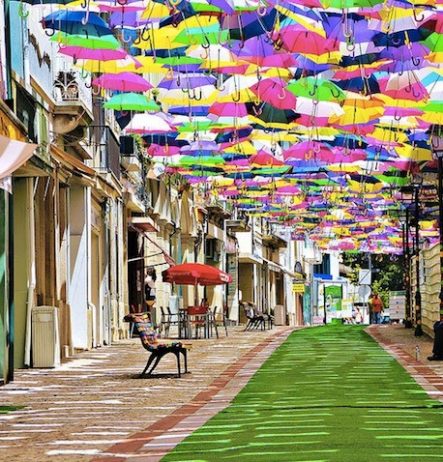 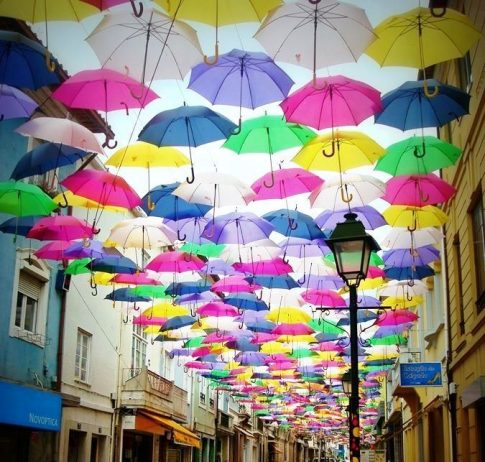 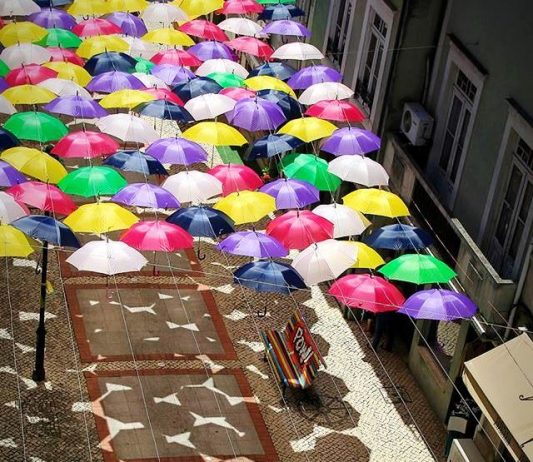 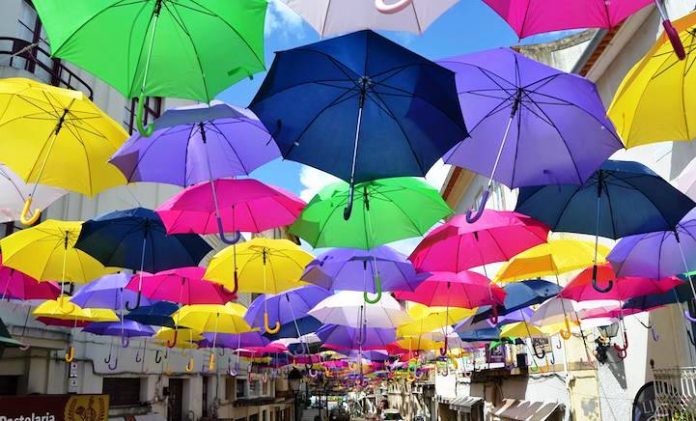 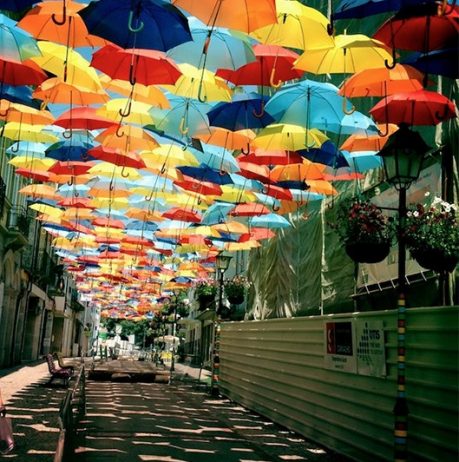 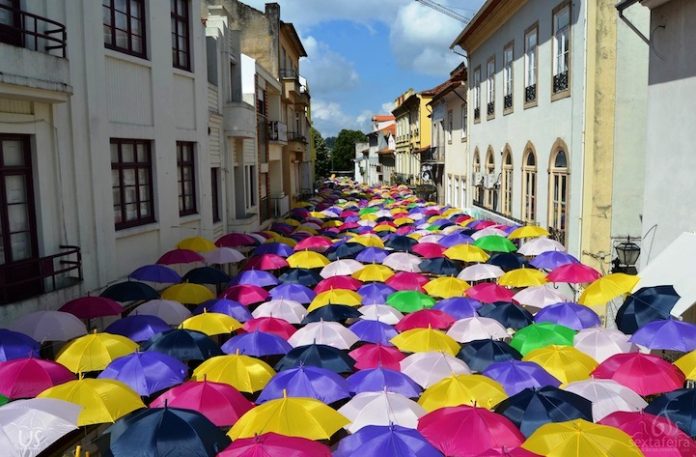 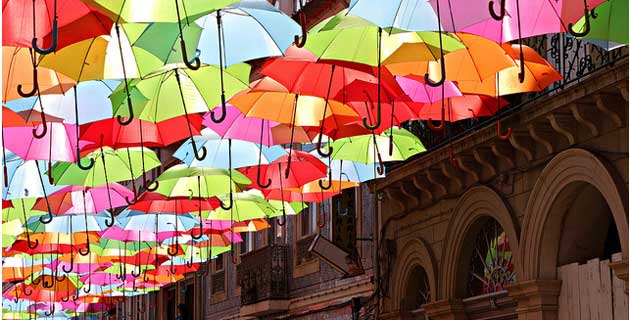 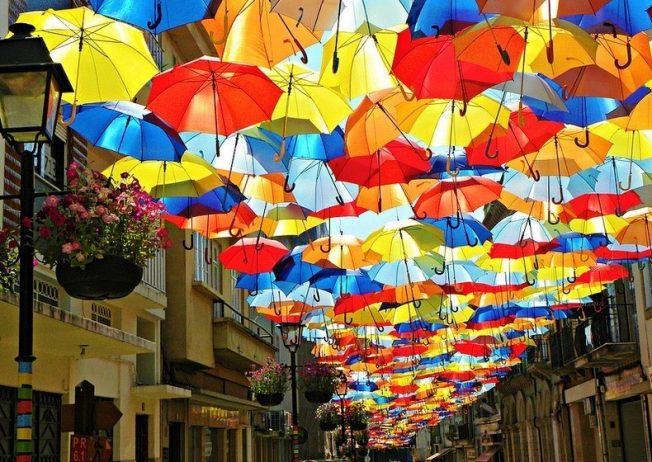 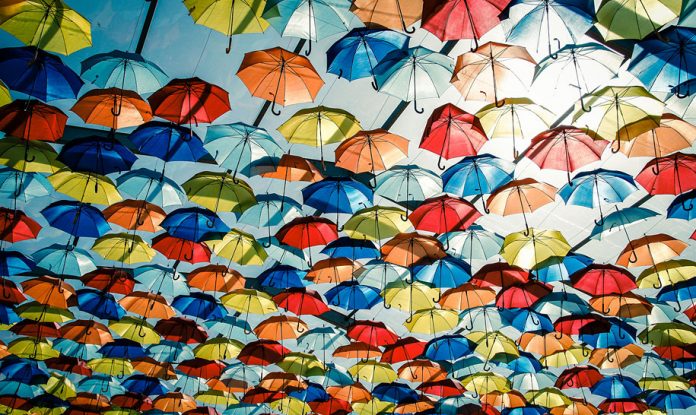