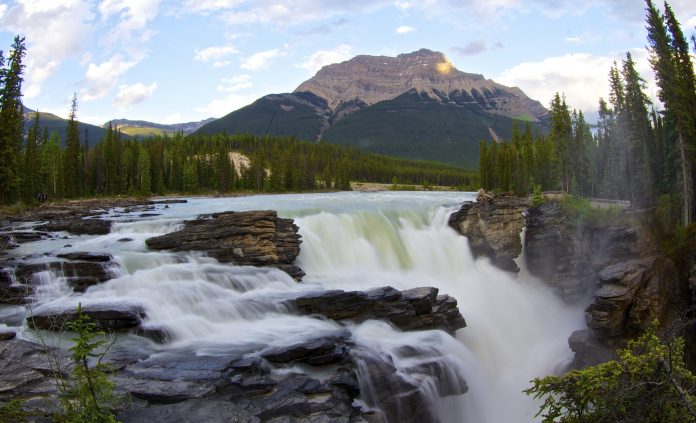 Athabasca Falls is a waterfall in Jasper National Park on the upper Athabasca River. This is approximately 30 kilometers south of the town site of Jasper, Alberta, Canada, and just west of the Ice fields Parkway. An influential, attractive waterfall, because Athabasca Falls is not recognized so much for the height of the falls (23 meters).

It is recognized for its force due to the large quantity of water falling into the gorge. However even on a cold morning, when river levels tend to be at their lowest point, copious amounts of water flow over the falls. The river ‘falls’ over a layer of hard quartzite and through the softer limestone below carving the short gorge and a number of potholes.

The falls can be securely watched and snapped from numerous viewing platforms and walking trails around the falls. The rocks near the brink of the falls may look tempting you, but they can be deadly slippery, as many an unlucky soul has realized only too late. So it is highly suggested don’t become an Athabasca Falls statistic.
Advertisement

Over the years the waterfall has moved back and forth in its search. For the path of least resistance, cutting and abandoning channels as it goes. One such channel has been established with stairs and trail for easy exploration. It also gives you to access to viewpoints at the bottom of the main canyon and to the river bank beyond.

Therefore access is from the adjacent parking lot, which leads off Highway 93-A just northeast of the falls. Highway 93-A takes off from the close Ice fields Parkway, and crosses the falls on the way north to the town of Jasper. White water rafting often starts below the falls to travel downstream on the Athabasca River to Jasper.

Athabasca Falls is not the highest or the widest waterfall in the Canadian Rockies but it is the most powerful. Athabasca falls is one of major tourists sight, and extremely busy in midsummer days. If you want to avoid from rush, then you do the visit on early morning, or after dinner time. Hence maximum trail system is well paved but stairs limit access for people in wheelchairs.

Without any doubt, this is wonderful picnic spot, with lot of picnic tables, kitchen shelter and washrooms. It is a Class five waterfall, with a drop of 80 feet and a width of 60 feet. It is observed that majority of folks who visit Athabasca falls do not give it sufficient time. They just rush to the falls, take a photograph and they’re gone.

Why not poke around? Give some more time to explore the zone looking for signs of abandoned waterfalls and other water worn rock. Stand in the spray at the closest viewpoint, or just hang out and enjoy the view. Read More – Rabbit Island The Cutest Place on Earth 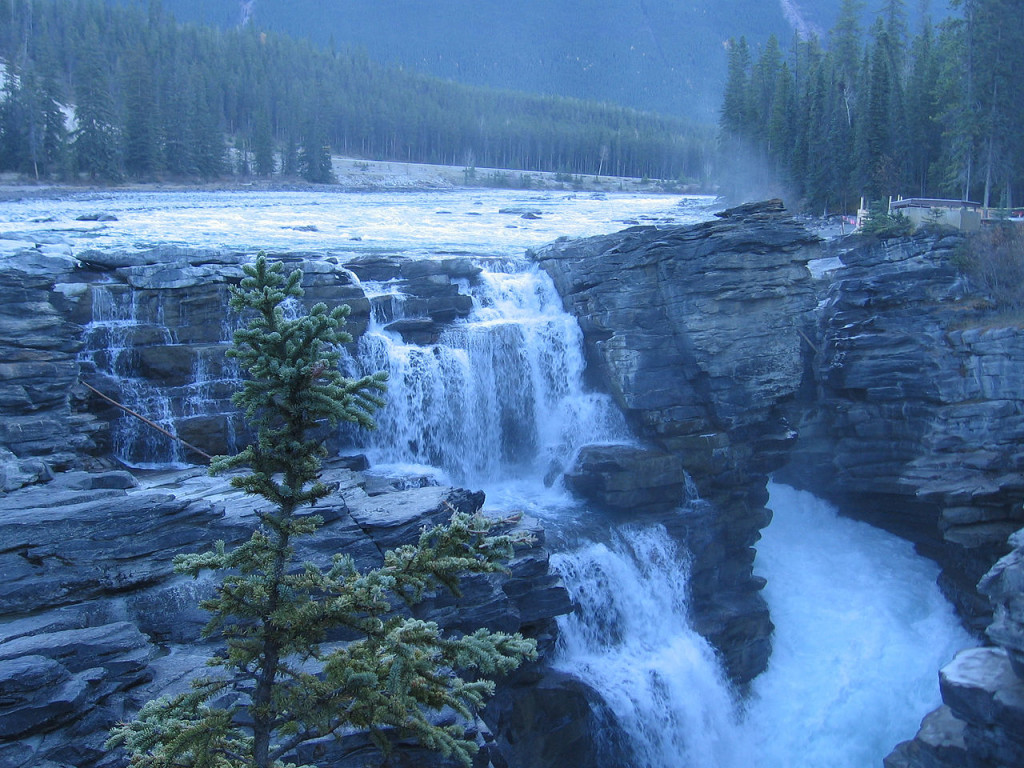 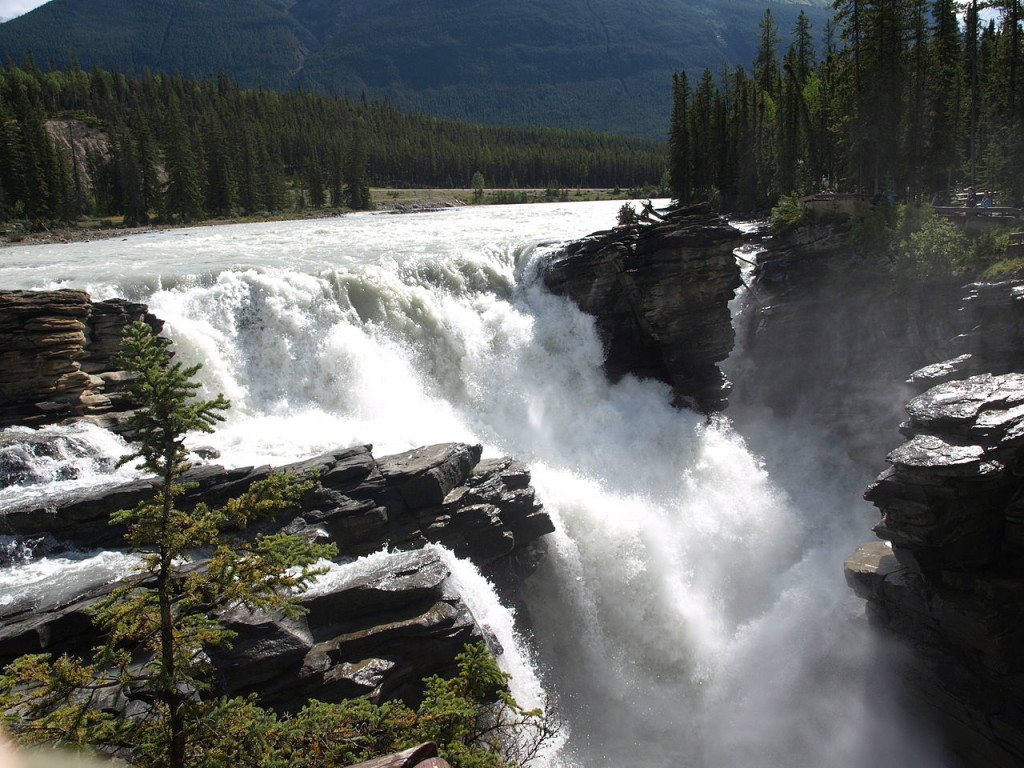 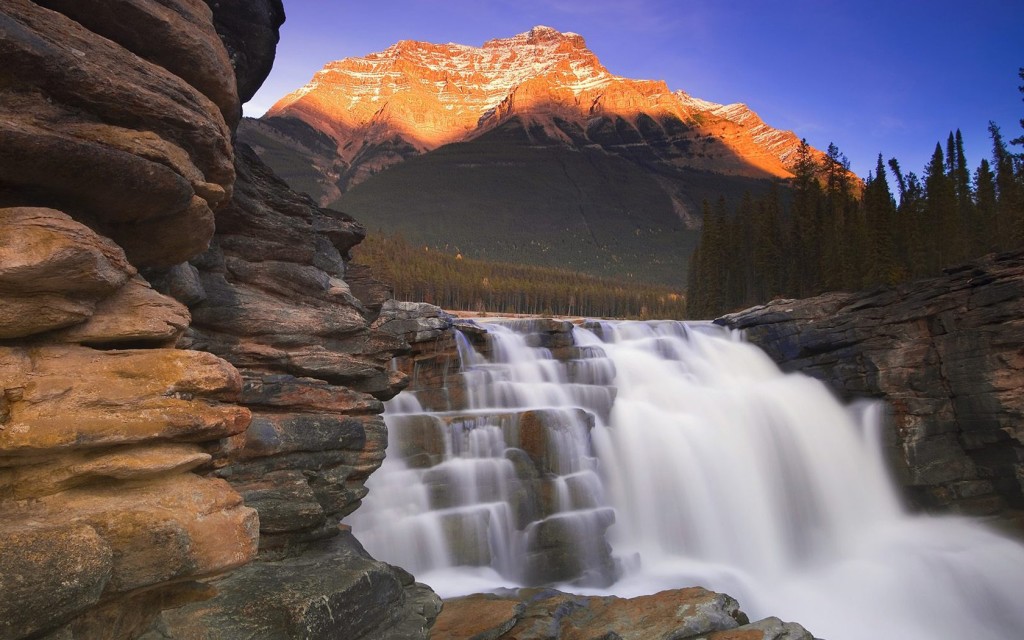 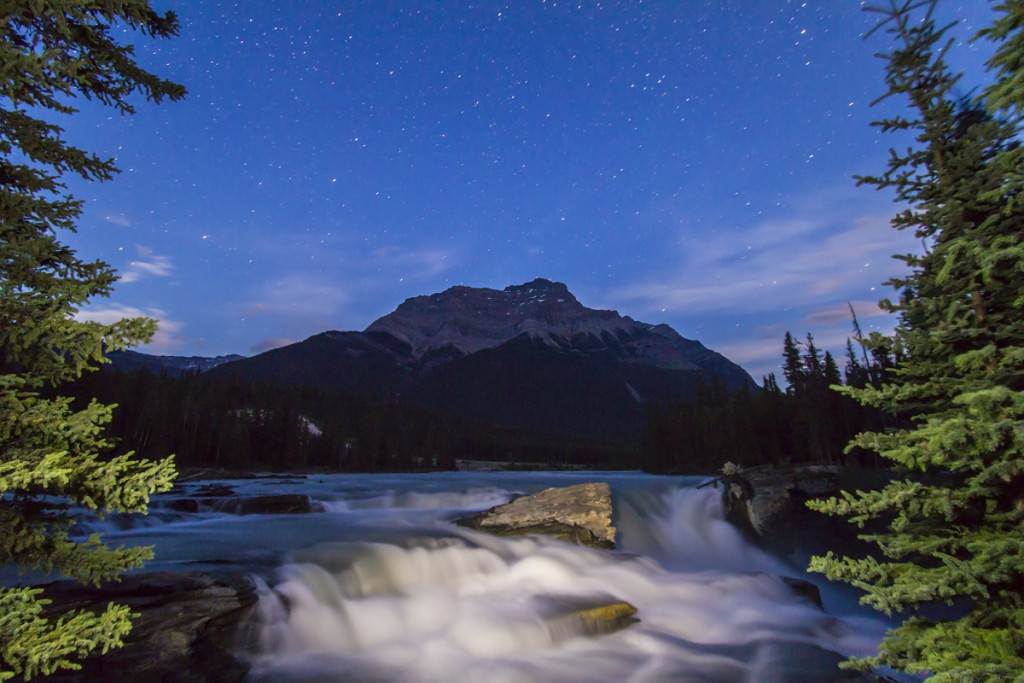 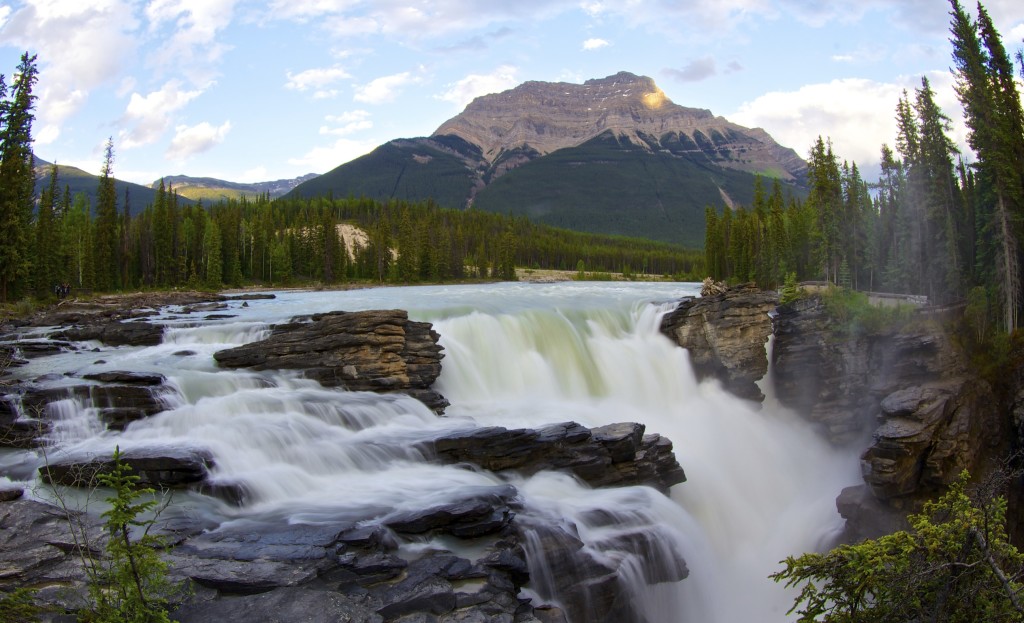 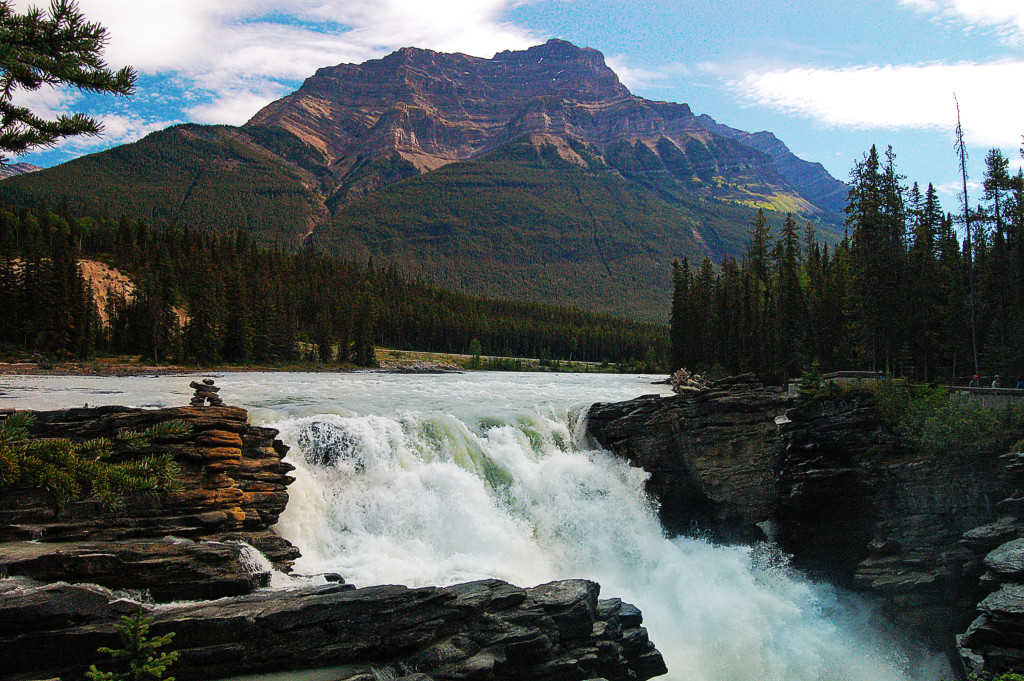