It is very interesting to know the history of the Falklands War of 1982. Why did Falklands war start? In 1983 a government inquiry, the Franks Committee partly blamed the Falklands War on Margaret Thatcher’s decision in 1981 to withdraw the Royal Navy’s only ship patrolling the South Atlantic, HMS Endurance.

As Britain’s sole the vessel in those waters, removing it had sent a message to the Argentine the military junta that the United Kingdom was not interested in defending the Falklands, the Committee declared. The interesting thing was that message sent to Argentina was quite true.

Although the Endurance was withdrawn simply to keep in with Thatcher’s ‘good housekeeping’ financial policy. The British government was also planning an orderly withdrawal from the Falklands. In 1981 Nicholas Ridley, one of the Foreign Office ministers, told a journalist: ‘We have 13 colonies left. It is my job to get us out of them.

After Honduras [British Honduras, now independent Belize] the Falklands are next on the list.’ Later that year he designed a sale-leaseback deal which would hand sovereignty over to Argentina, so long as the islanders could remain there under a British administration.

Margaret Thatcher had wanted to be rid of the islands too and was considering scaling back that part of the Navy that could defend them. The aircraft carrier Hermes was to be scrapped, as were two assault craft. And the carrier Invincible was being sold to the Australian Navy, which was preparing to take delivery when Argentina invaded.
Advertisement

Had Endurance not been withdrawn, it is unlikely that Argentina would have thought it could stage an unopposed military takeover. For that matter, had Argentina waited another year before its incursion. Britain might well have voluntarily handed over the islands. But even if it hadn’t done so the Royal Navy would not have had the vessels needed for the counter-attack.

Hence, withdrawing Endurance saved £2m; the Falklands War of 1982 that it led to cost £3bn. And the war was never a foregone conclusion. In fact, in 1982, one foolish mistake nearly turned the whole thing around. The British media are a belligerent lot.

According to them, the government is always venal, wrong and amateurish, and they always know better. But does anyone listen? Nope. Still, there’s one time when they all fall into line – when the nation is at war. Therefore, the publishing stories that would actively help the enemy is considered something of a no-no, even in Fleet Street (well, with the sole exception of the Guardian, anyway).

Despite this, the height of the Falklands War of 1982, the Ministry of Defense sent out a press release. It was good news of Argentine naval failures and the BBC happily ran an item based on it. The BBC’s report sang: ‘Following the Argentine air attacks on 21 May two unexploded bombs on one warship have been successfully defused and a further one dealt with on another warship.

Repairs are being carried out on the other warships.’ In fact, the problem with the report was that it was true. British craft was being repeatedly hit by Argentine bombs which were failing to explode. Most probably because the Argentine pilots were flying too low over their targets.

So that when they dropped the bombs the fuses didn’t have enough time to arm the device before it hit the ships. Nearly three-quarters of all the ordnance dropped on the British ships was failing to detonate and the British Navy wanted to keep it that way.

The last thing they wanted was for the Argentinean to cotton on. And start flying a bit higher up, because the sea was the real battleground when it came to the Falklands. On land, British troops entirely dominated, but on the water, things were more evenly matched.

Argentine sank several British boats, drowning many of the crew. Had the Argentine pilots been able to treble their effectiveness simply by realizing they were flying too low; the entire campaign might have been reversed. So, these are true facts of 10-weeks undeclared Falklands War of 1982. The Britain and Argentina conflict lasted 74 days, eventually surrender by Argentine on 14 June 1982 and giving back Islands to The UK.

There are three Falklands Islanders, 255 British Military Personnel and 649 Argentine military personal died during the hostilities in Falkland War.

Read More – The Mystery of Utsuro-Bune 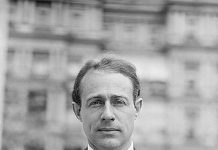 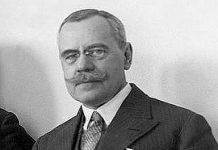 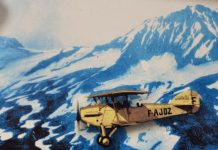 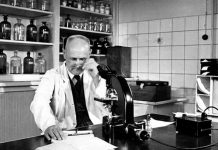 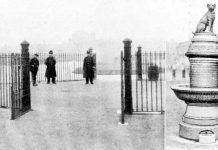