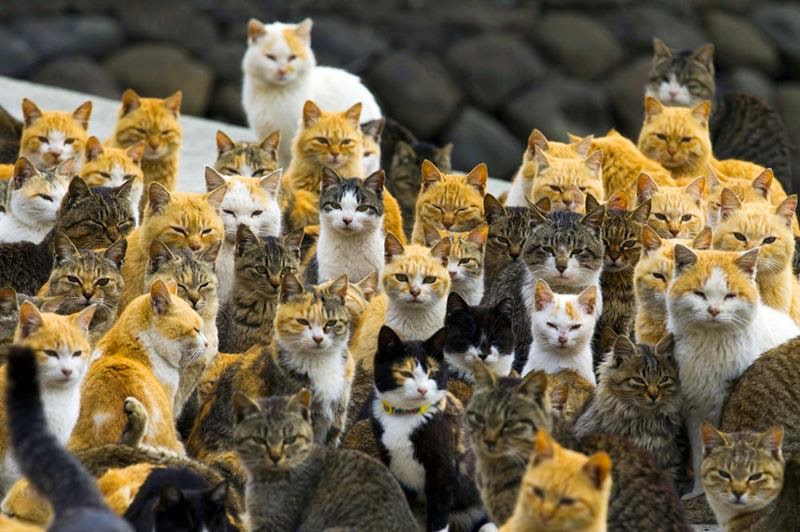 That’s pretty impressive, considering the island itself has only 17 permanent human residents, who range in age from their 50s-80s and either make their living through fishing or receive a pension. One nurse is stationed full-time on the island, but residents must board a ferry to Nagahama Port (near JR Iyonagahama Station) in Ozu City to do all of their shopping. The tourist’s likes to play with cats, petting and taking photos. It is impossible to see so many cats in one place, different breed’s just fickle nature of cats. The Residents of Hyogo Prefecture first migrated to Aoshima about 400 years ago to fish the huge numbers of sardines in the surrounding waters. The cats were primarily introduced to the island to prevent mice from chewing through fishing nets.