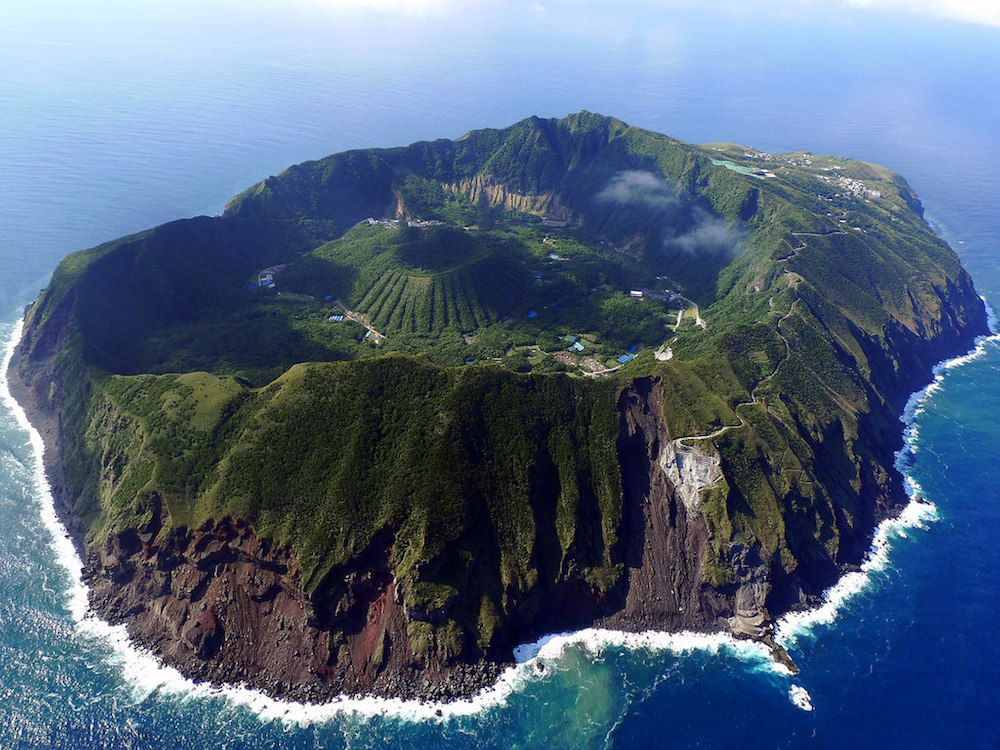 Aogashima is a volcanic Japanese island in the Philippine Sea, administered by Tokyo. The island’s area is 8.75 km2 and, it’s population is about 200.  The Aogashima is a volcanic island 3.5 km in length with a maximum width of 2.5 km. This island is also within the boundaries of the Fuji-Hakone-Izu National Park.

This beautiful island is approximately 358 kilometres south of Tokyo and 64 KM south of Hachijō-jima. It is the southernmost and most isolated inhabited island of the Izu archipelago. The village of Aogashima administers the island under Hachijō Subprefecture of Tokyo Metropolis. In the center of the island lies a geothermal sauna, scuba diving is popular, and the alien landscape is something you will never forget.

The island was the site of a series of earthquakes, known as an “earthquake swarm” in the 1780’s and a large eruption in 1785 that killed 130-140 people, nearly half of the island’s population. This island is formed by the overlapping remnants of at least four submarine calderas. The island is surrounded by very steep rugged cliffs of layered volcanic deposits. The southern coast also rises to a sharp ridge forming one edge of a caldera named Ikenosawa with a diameter of 1.5 km. The caldera is occupied by a secondary cone named Maruyama.

It is still considered a Class-C active volcano by the Japan Meteorological Agency. The locals don’t worry and not tries not to spend too much time worrying about the possibility of another eruption. After all, it’s been more then 230 years since the last one the odds are in his favor. During a massive eruption in 1785, some 130–140 of the population of 327 islanders perished. Aogashima has several roadways, with the majority zigzagging throughout the island’s center.

The last eruption of Aogashima was during a four-year period from 1781–1785 the deadliest event in island history. The history of human settlement on Aogashima is uncertain. Most of the people in Aogashima are Japanese. This remote island is truly a great place to relax.

The Island is blessed with hot springs and geothermal energy because of the volcano.  Despite the island’s small size, most of it’s residents travel by car rather then biking or walking and for good reason. People hesitate to travel by bike due to the strong winds and rainy climate.  The Tokyo city life is intimidated by the congestion they’re’s just too many people.

However in Aogashima one can feel great nature that you cannot experience in big cities. This magnificent island is rich in nature and breathtaking views. Maruyama is perhaps the main attraction here to hike. This hike is short and you can expect to finish the full course in around 20 min depending on how many pictures you decide to take. You can see view seasonal flowers and trees. Wildlife is also present and birds as well as other small critters can be found here.

The natural saunas on the island are a great place to take a rest and loose yourself in the dazzling surroundings. Tourist here likes to Stargazing activity, which you won’t enjoy in any other part of the world. Their are no houses or even streetlights up they’re, you’re only company will be a few cows and the stars in the sky. Not only is they’re an absence of light pollution, but they’re is no excess noise. The view from here is so beautiful that the Japanese call it “The Coliseum of the Stars”.

Aogashima is a difficult place to reach due to it’s extreme isolation. Only single helicopter goes to containing only 9 passengers. However the best way to go they’re is to take Airplane from Haneda airport to Hachijojima island and than transfer to a helicopter they’re. A boat journey could be risky and dangerous. Also Read: The White Desert of Egypt 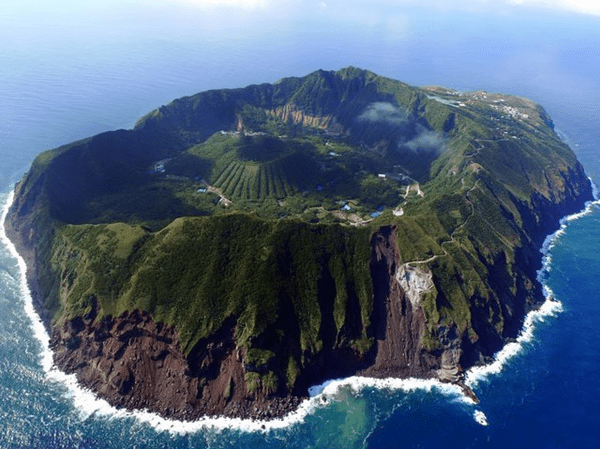 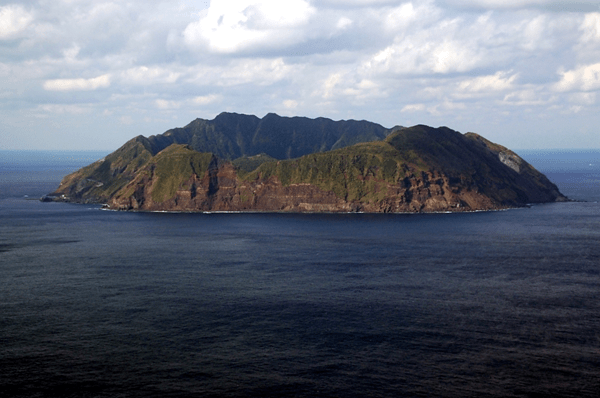 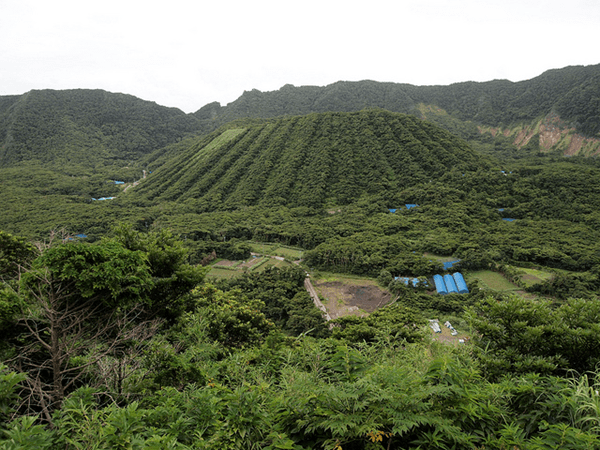