Pakistan is one of those countries, who are naturally gifted, several mountain ranges, plateaus, deserts, glaciers, rivers, lakes, and various coastal areas. Ansoo Lake is one of them, which is situated in Manoor Valley, Kaghan Valley in the Mansehra District of the KPK province of Pakistan.

This lake is considered to be one of the most beautiful lakes in the world. The name Ansoo means teardrop, comes from it’s tear-like shape, just like resembles human eye with a central ice island resembling the iris and a ridge resembling an eyebrow. Ansoo Lake is considered among one of the highest lakes of the Himalayas, situated near Malika Parbat, the highest mountain of Kaghan Valley.

In the summer, when ice melts, it got more prominent. However, this beautiful lake was partially destroyed in the 2005 massive earthquake. Ansoo Lake was discovered by a Pakistan Air Force Pilots who were flying low in this area. Before that local peoples were not even known about it. As far as for stay at Ansoo Lake, no facilities available here. The tourist use to stay here in camp. The weather is extremely cold and windy surrounding mountains. It is highly risky to stay suggested by local peoples.

The Ansoo Lake has two approaches; the first one is a short but steeper trek from Saiful Mulook. It takes over 7 to 9 hours round trip to reach Ansoo Lake. The trek is covered with snow in most parts of the year. The best time to trek is July till mid-August. The optimal time to set off for the lake from Saiful Mulook is around 06:00 in the morning, in order to return before sunset. Horses and guides can also be hired from the Lake Saiful Mulook.
Advertisement

The Ansoo Lake is located at the far off deserted and particularly difficult areas; thus, it can become unsafe if one is not fully equipped and need proper guidance and planning as their are no lodging facilities available. Therefore, camping is the only available solution, but it is so windy and ice cold out their that one has to be really prepared to camp.

The second trek to Ansoo Lake begins in a village named Mahandri, located about 40 kilometers to the south of Naran. So turning left from Mahandri Bazar, a jeep track leads to Village Manoor. This majestic valley offers attractive views. Make sure, vehicles cannot proceed farther from here. 6 to 7 hours of trek brings one to a green meadow called “Dher”. From here the trek becomes steeper. After 3 to 4 hours of the trek from Dher at a height of about 16500 feet, Ansoo Lake becomes visible.

Their is no risk-free way to reach lake waters because it lies in the crater with steep, snow-covered walls. Their is no apparent drainage of lake water and no one ever tried to explore it because of it’s dangerous approach and limited resources in that area.

Kachaghakaberd Fortress Amaze Everybody With its Awesome Beauty 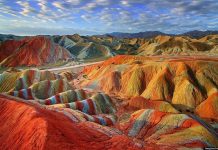 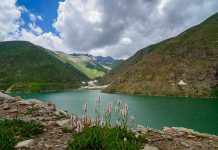 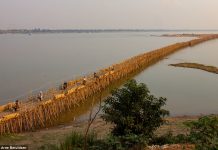 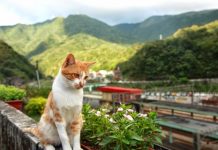