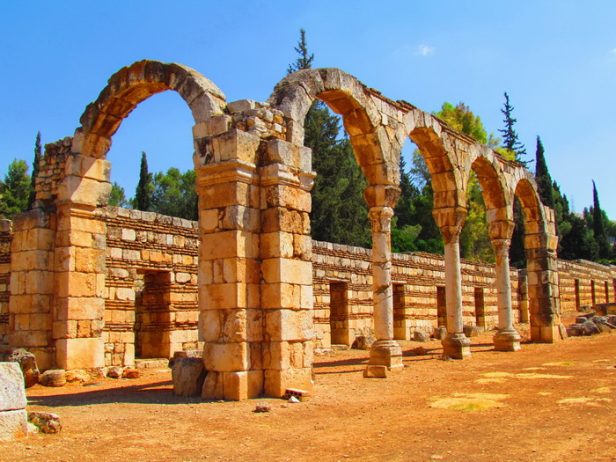 Anjar is also called as Haoush Mousa is a town of Lebanon located in the Bekaa Valley. The population is 2,400, consisting almost entirely of Armenians. The total area is about 20 square kilometers. In the summer, the population swells to 3,500.

Anjar is an outstanding example of Umayyad urbanism and stands unique as the only historic example of an inland commercial centre. The city of Anjar was discovered by Caliph Walid Ibn Abd Al-Malak at the start of the 8th century in between 705-715. The ruins expose a very regular layout, reminiscent of the palace-cities of ancient times, and an exclusive testimony to city planning under the Umayyads.

The city of Anjar bears outstanding witness to the Umayyad civilization, i.e an example of an inland commercial centre, at the crossroads of two major routes, one is leading from Beirut to Damascus . While the other crossing (Bekka) leading from Homs to Tiberiade.

This ancient city was unearthed by archaeologists at end of 1940’s. During excavations, the city founded a fortified by surrounded of walls and flanked by forty towers a rectangular area of size about 385 x 350 m. Well dominated by gates flanked by porticos, an important North-South axis and a lesser East-West axis, superposed over the main collectors for sewers, divide the city into four equal quadrants.
Advertisement

Private and public buildings are laid out to a strict plan. The Mosque in the South East Quarter and palace of Caliph occupies the highest part of the site. The small Harems and baths are situated in the North-East Quarter to facilitate the functioning and evacuation of waste waters.

The ruins are dominated by stunning vestiges of a monumental tetrapyle, by the walls and colonnades of the Umayyad palace, three levels of which have been preserved. The structures fit in decorative or architectonical elements of the Roman era, but are also noteworthy for the exceptional plasticity of the contemporary decor within the construction. Anjar was never completed enjoying only a brief existence.

The son (Ibrahim) of Caliph Walid was defeated and city was partially destroyed, and constitutes a unique example of 8th century town built at the start of Islamic period. It reflects this transition from a protobyzantine culture to the development of Islamic art and this through the evolution of construction techniques and architectonical and decorative elements that may be viewed in the different monuments.

Anjar surrounding walls incorporate all the features of town planning and the monuments that characterize the Umayyad city. A number of features exist on the outskirts of the complex, like caravanserai, and these must be protected by a buffer zone which would also protect the visual integrity of the Bekaa Valley and limit the development of modern constructions.

Regardless of major restoration and reconstruction works, the different monuments comprising the Umayyad city of Anjar evidently demonstrate their functions and relations, and the general plan of the city can easily be identified. A wider diffusion of excavation results would facilitate a better comprehension of the features.

A city with 600 shops and an overwhelming concern for security must have required a fair number of people. Keeping this in mind, archaeologists looked for remains of an extensive residential area and found it just beyond the tetrastyle to the south-west. 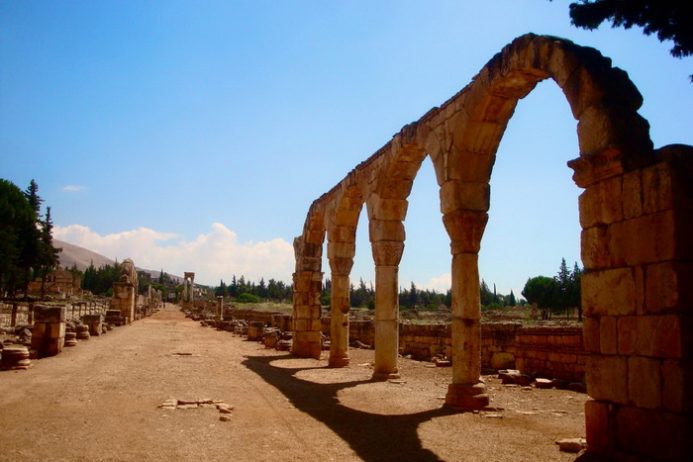 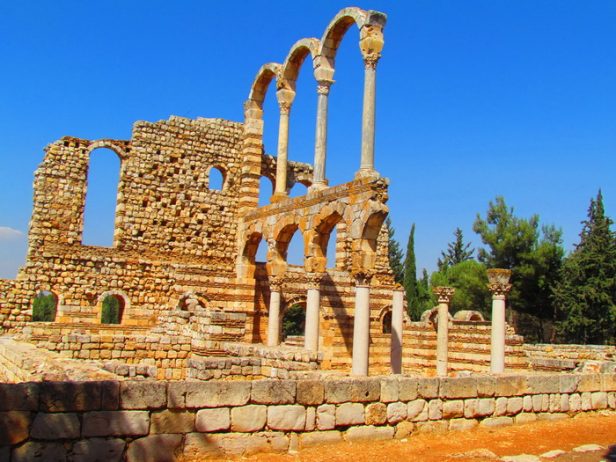 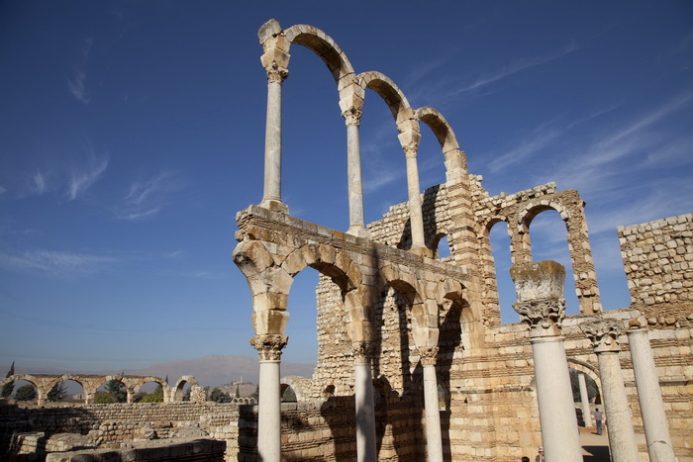 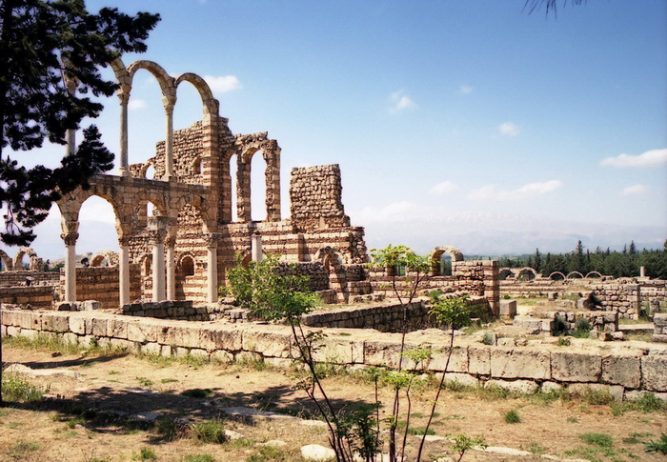 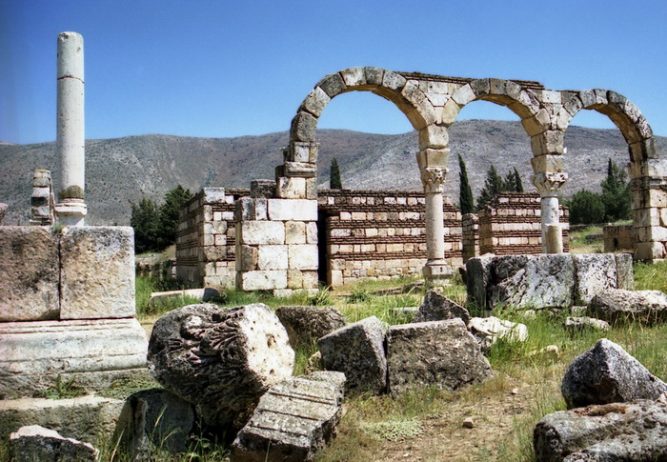 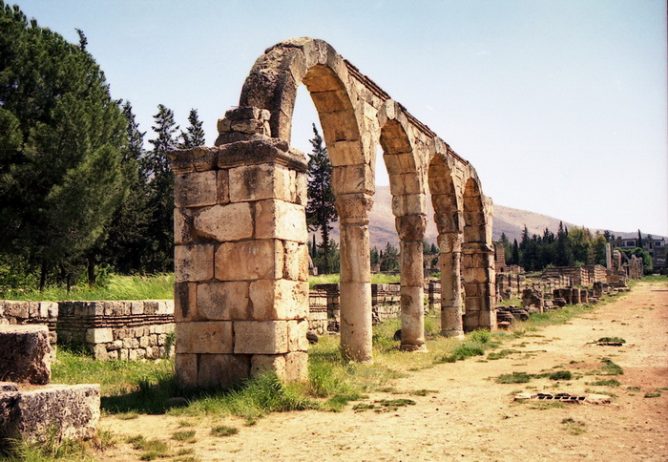 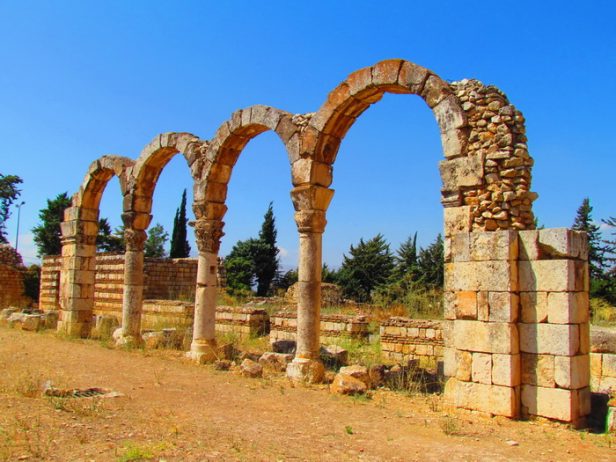 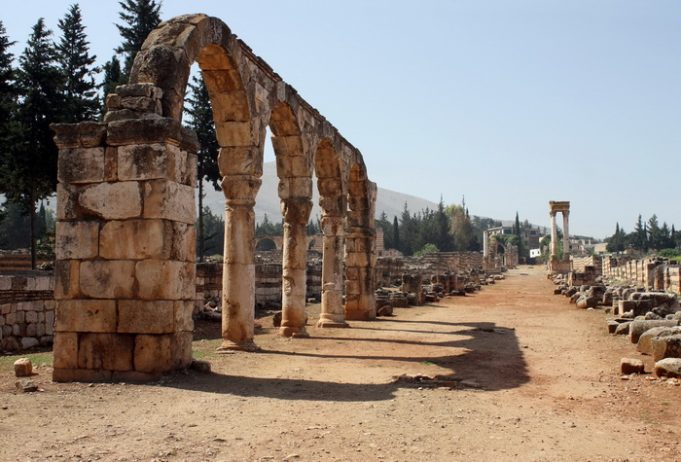 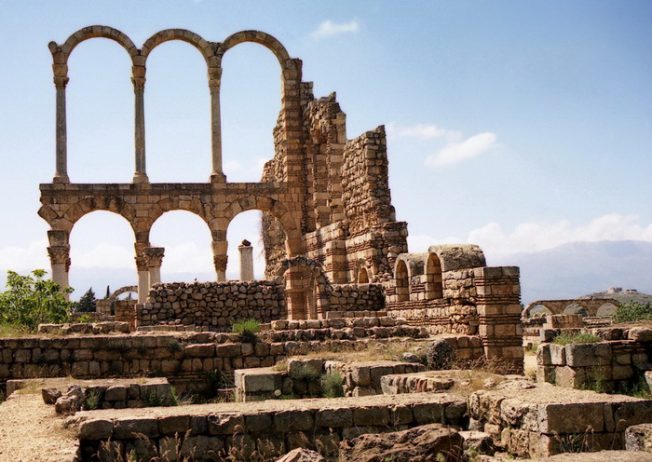 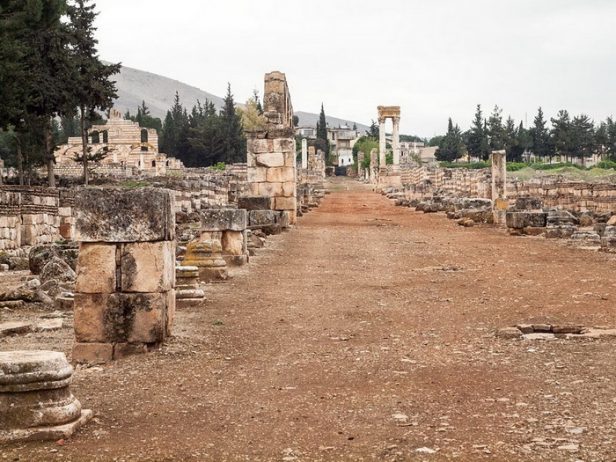 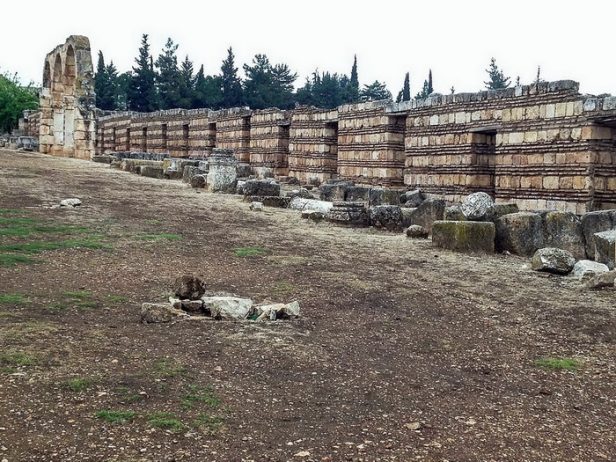 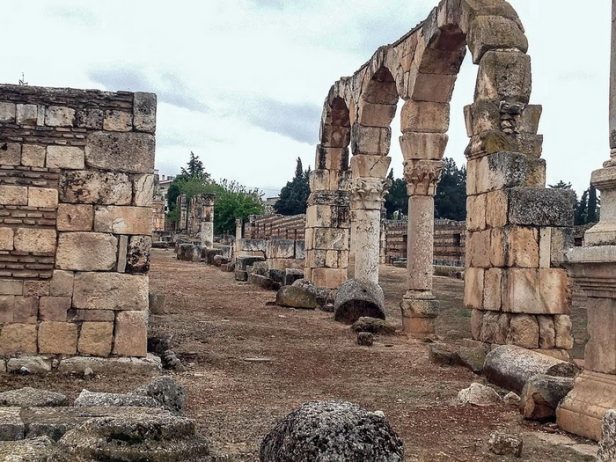 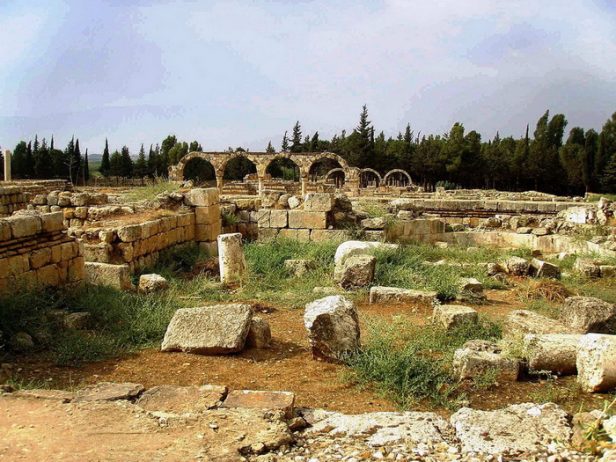 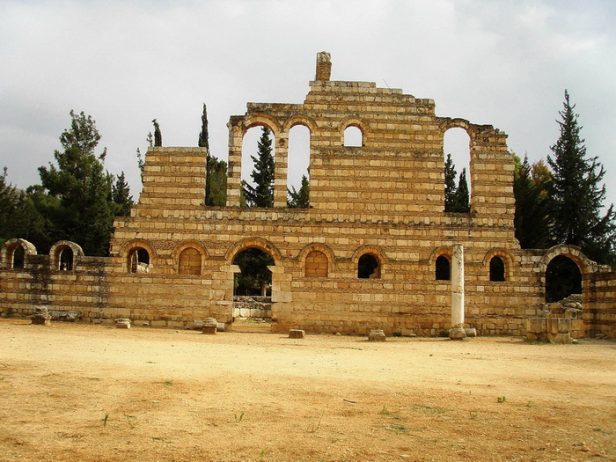 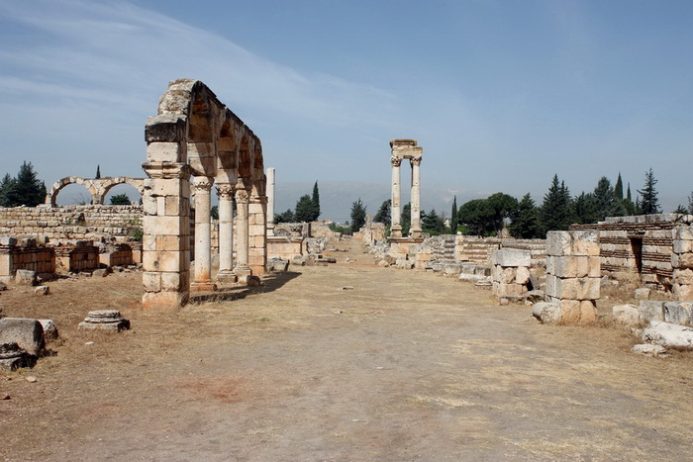 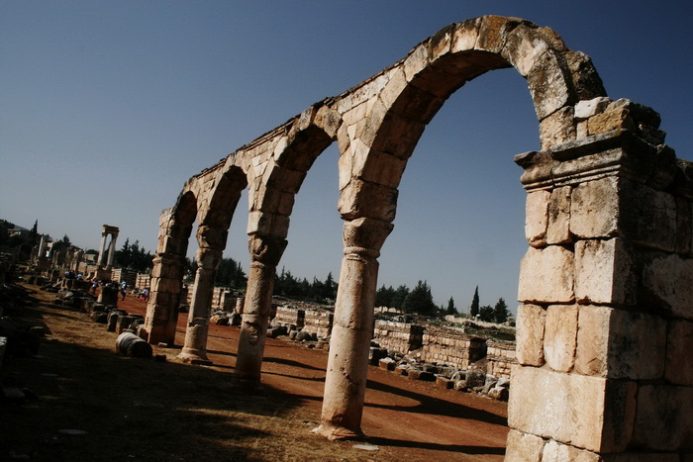 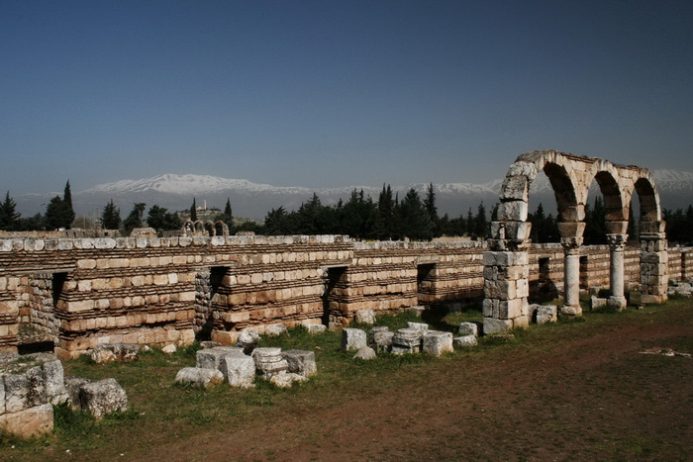 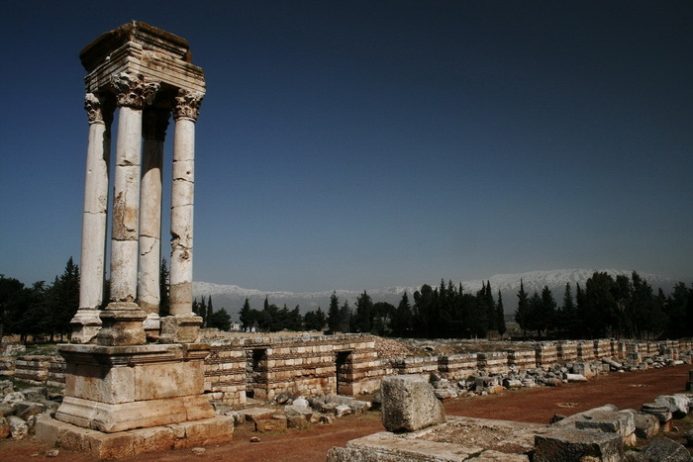 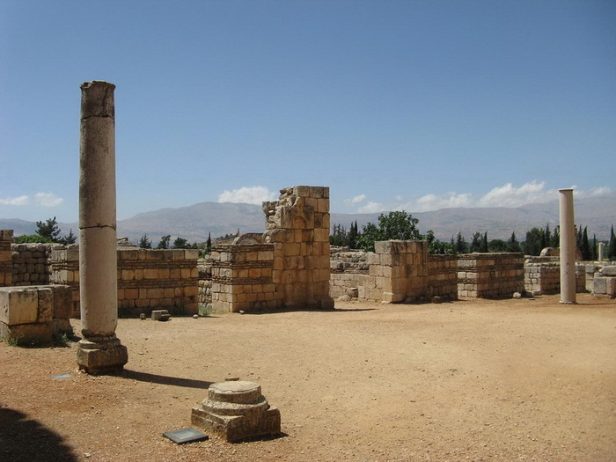 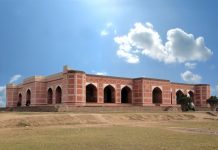