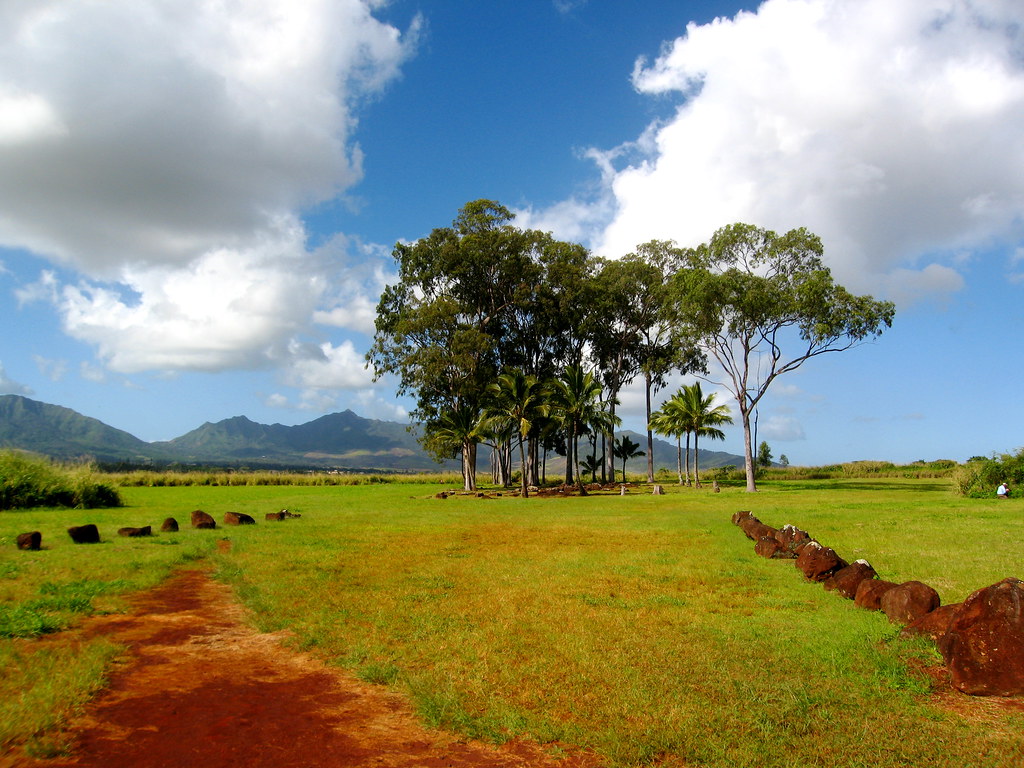 The sacred Kukaniloko Birthing Stones is also called Kukaniloko Birthstones State Monument. This is a one of most important ancient Hawaiian cultural sites on the geographic center Island of Oahu near Wahiawa. A sort of Stonehenge lies near the intersection of Whitemore Avenue and Highway 80. The site was built in 12th century by an Oahu Chief, whose son Kapawa was the first birth here.

The site was first recognized, preserved and protected by the Daughters of Hawaii in 1925, care of Kukaniloko was passed to HCCW in 1960. Then in 1973, the group of rocks listed on the National Register of Historic Places. In 1992 the site was declared a state park and increased its boundaries to 5 acres field. The site is also known as the Galbraith parcel that was once a pineapple farm.

The Birthing Stones marked as royal births which commanding brawls for centuries and served a secret astronomical function. The site was employed as a royal birthplace for 12th through 17th centuries. In the recent times, the site encompasses 180 large stones, and some of smooth, few carved with long grooves or bowl shapes.

These birthing stones were placed in an area where the ancient islanders had the strong faith of life force of the land was very vigorous. This spot was home to several battles between tribes that would decide the fates of their entire communities.

When a new chief expected to be born, the Royal Women would have to brought to the ancient rocks. The Kahuna (priests)suggested the strict diet plan and exercises of royal women. So, lady didn’t suffer pregnancy pain during childbirth.
Advertisement

Then 36 to 48 chiefs (18 to 24 on each side) witness the birth would take place for the oral historical record. Therefore, when birthing process complete, the infant would be swept away, even not to be seen by mother until it had reached the maturity. After birth, sacred chanting and drumming of Hawea was beaten would announce the royal birth.

This practiced reducing the chance of murder from rival chiefs. The royal women birth assures regal status for their offspring. This was considered essential to confer royal status and maintain royal lineages.

The rocks believe to serve a main ritual purpose to the tribal Hawaiians.  The latest studies also show, that patterns on the stones that may have served an astrological purpose, acted as a sort of Pacific Island henge. The stones rows added to represent the ranks of chiefs, which come to witness the births or defend their land. However, the original rock stones still rest on the site, waiting to usher the next big Kahuna in to the world.

Further, in a 1940 Hawaiian Mythology described, that there is no proof that cannibalism was ever practiced at this site. But supposed cannibal feasts attracted peoples in 18th century, and such superstitions stories soon filled travel accounts.

The Kukaniloko means “to anchor the cry from within”. The native Hawaiians believed that this is a sacred site, so don’t climb, remove it or jump over it. Each month thousands of people visit Kukaniloko, including doctors, midwives, Native American groups, halau hula and individuals connected to spirit through hearts of aloha.

They are having strong belief that spirit does not know any language, nationality or color. It only knows heart. We all have a cry from within. Indeed, this is very fascinating bit of Hawaiian history and be respectful, learn the history before going and continue your learning of Oahu after.

One can see the stones from the street and it’s a short walk to see them. This site for sure a peaceful and magical experience and sacred cultural sight. The rock stones and grove of trees tells their story. Read More – Magnificent 104Ft Desoto Falls of Mentone Alabama 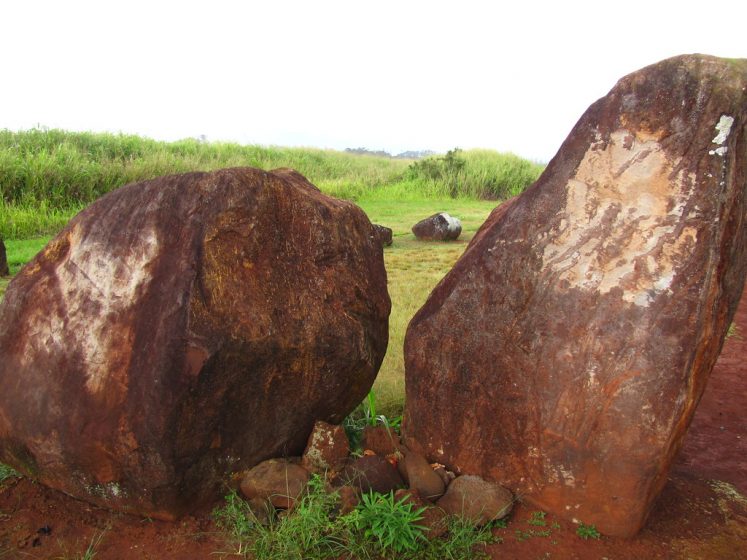