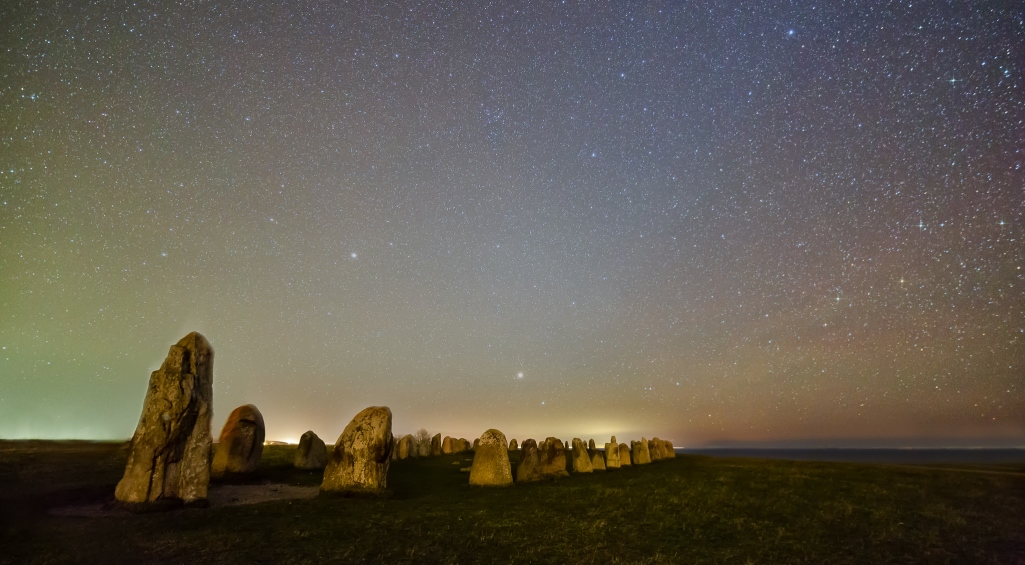 Sitting like a crown, atop a flat bluff in Skåne, Sweden are the Ales Stenar (Ale’s Stones), a beautiful ancient formation of standing stones erected in the shape of a boat. However, there’s no one know why the stone design was shaped but according to some legends, this was the resting place of a mythic king.

The Ales Stenar (Ale’s Stones) was placed on their Swedish cliff just 1,400 years ago, though they stand over a burial site that has been dated to 5,500 years old. There’re 59 tall boulders in the formation which is made in the shape of a long-ship, and was perhaps symbolic of a craft that would ferry the dead to their eternal fate.

Moreover underneath the boat-stones researchers have revealed the remains of an even more ancient burial chamber, sans human remains, confirming their theories as to the funerary purpose behind the ship formation, yet just who was to be buried there remains a mystery.

In 1989, during the first archaeological excavations performed in order to technically investigate and date the monument, archaeologists bring into being a decorated clay pot with burned human bones inside the ship setting. The bones are thought to come from a pyre and to have been placed in the pot at a later date.

In 2006, archaeologists used magnetic sensors and radar to map the area’s underground terrain. They found a larger circular structure about 541 feet in diameter, with a 65-foot by 25-foot rectangle at its heart. Legend says The King Ale a figure from Swedish myth, is buried under the Henge. Though there does not seem to be a great deal on the site to confirm this.

Therefore it is that a lesser-known viking chieftain was buried, or meant to be buried in the spot and the stones were erected to honor his eternal memory. Whoever the Ales Stenar were originally meant to honor, they stand now as an inspiring and attractive site that make it easy to see why someone would want to be buried there. 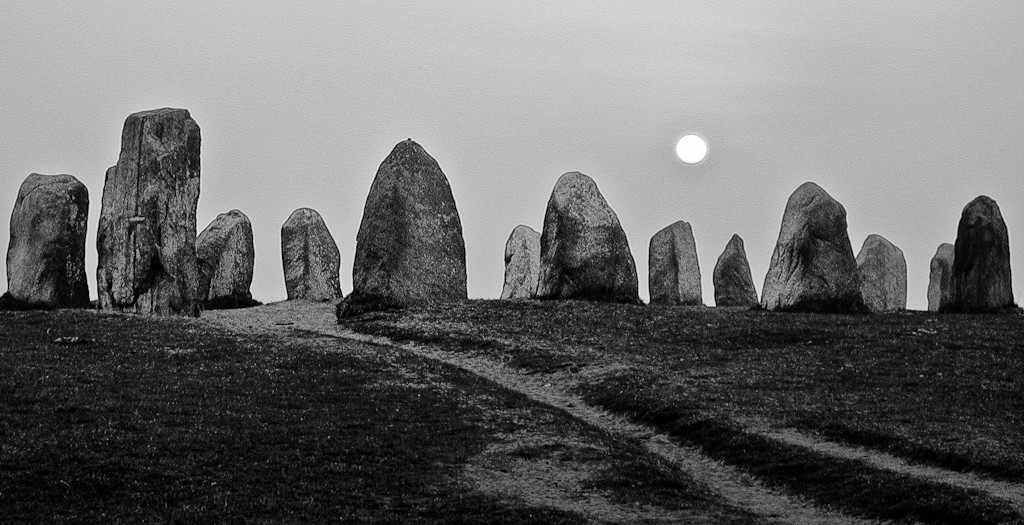 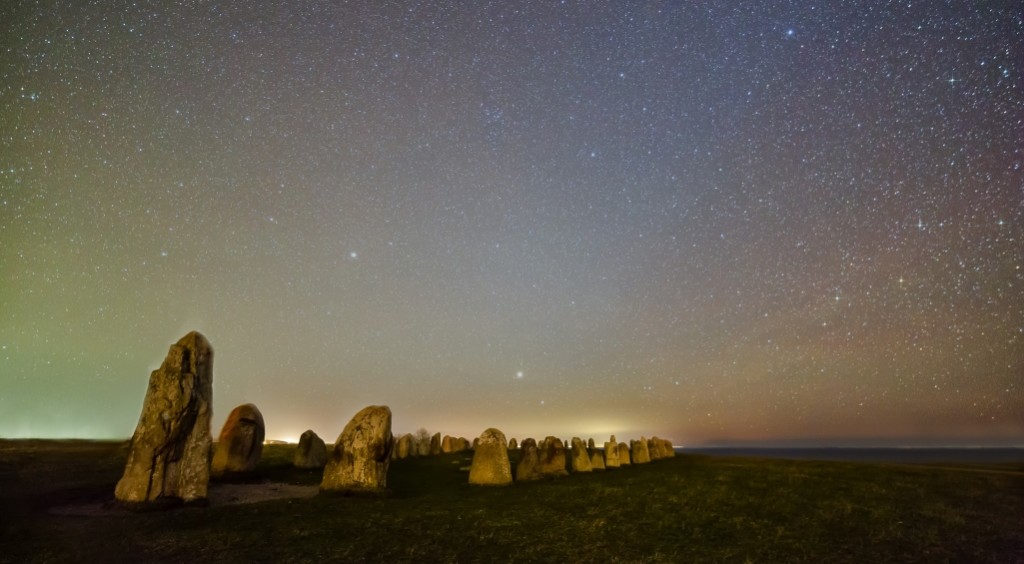 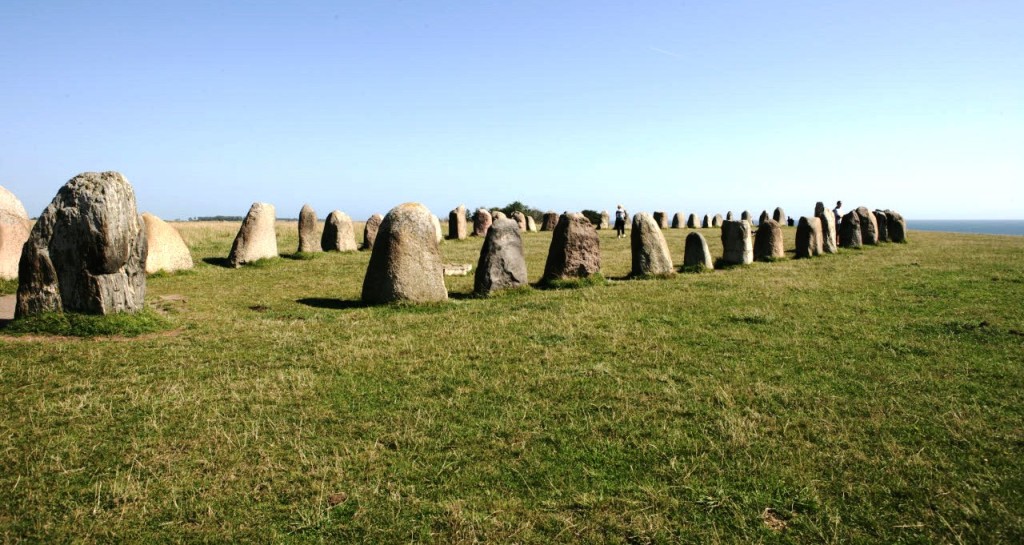 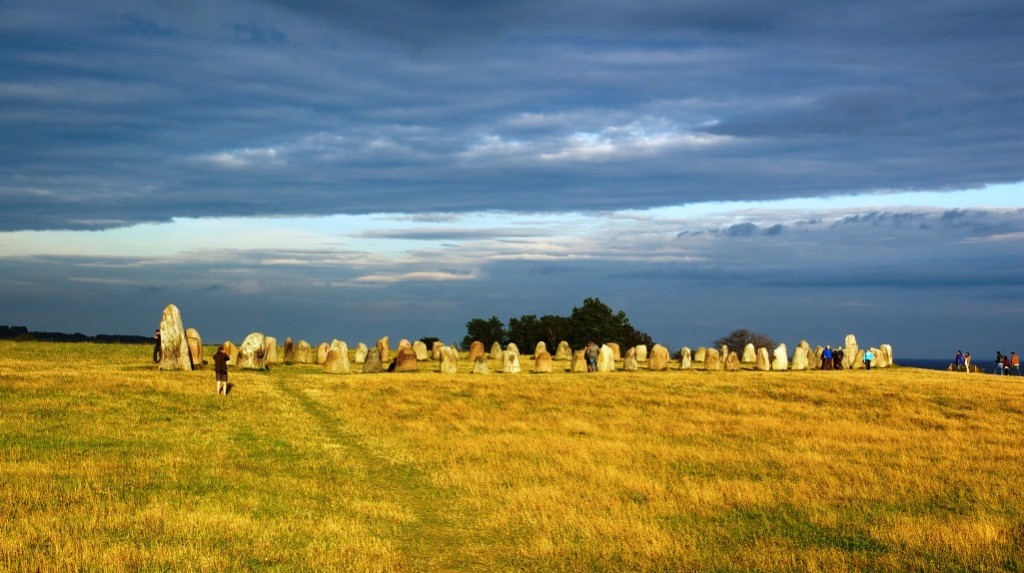 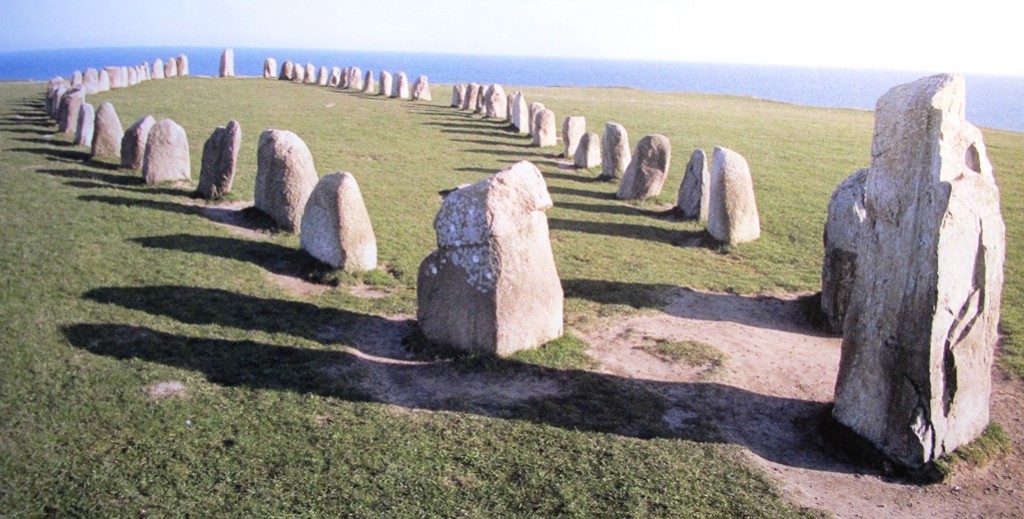