Adak National Forest – The Smallest Forest in America. If you see from some distance, you will sense it a big bush. However, the case is totally opposite. Actually, it is a cluster of 33 pine trees at the foot of the small hill, on the remote Alaskan Island Adak. It is part of the volcanic Aleutian archipelago. These pine trees huddled together in the vast treeless landscape.

This volcanic island has connected to the continents of North America and Asia. The constant overcast skies, windy conditions, cold temperatures only benefit the grass, mosses, and low-lying flowering plants grow here. 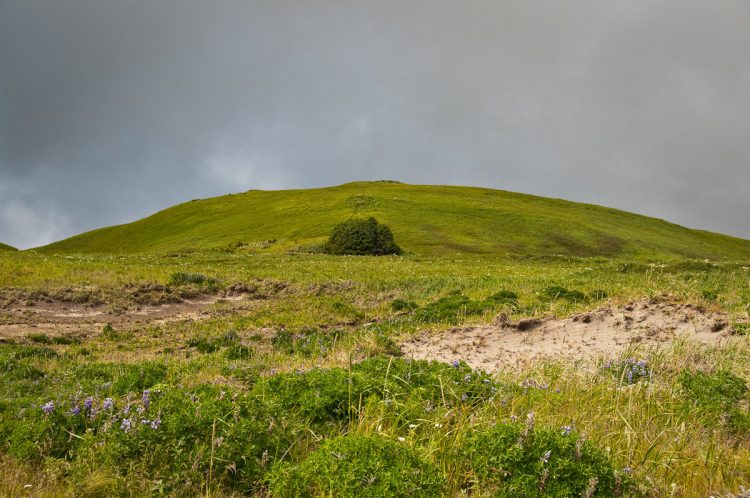 Basically, it is an unsuccessful army experiment in World War Two. The Japanese army overcomes the two westernmost The Aleutian Islands. Thus, the United States decides to boost the sagging spirit of soldiers and defense in that area, by building an airbase at Adak.

The U.S. Army General Buckner presented the idea of planting pine trees might boost his troop’s confidence. He was anxious about his soldier’s lonesome attitude. Thus, the formal planting trees idea was implemented from 1943 till 1945 to brighten up the situation.

Pines are very robust trees, can accommodate any severe climate. Unluckily, this pine forest, could not survive the harsh climate conditions and lost it completely, except for one tree. Therefore, after a few years, these pine trees managed to grow back. This is known as The Smallest Forest in America. 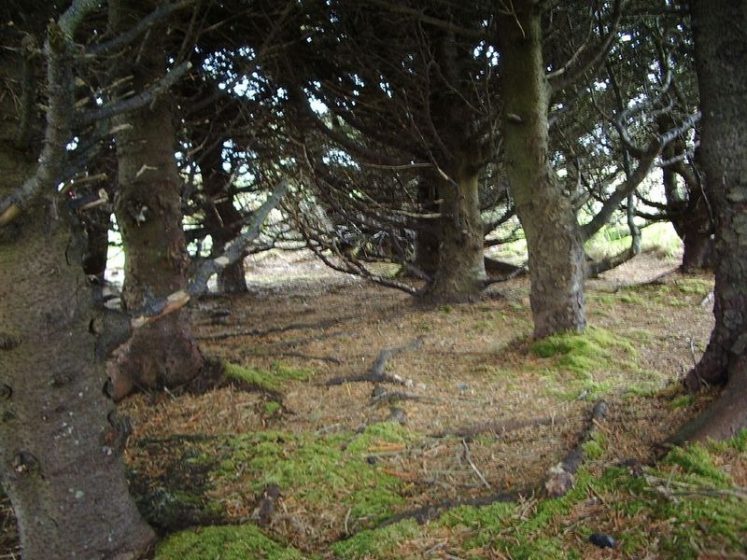 At that time a signboard was placed. “You are now ENTERING and LEAVING The ADAK NATIONAL FOREST” here on a whim by soldiers in the early 1960s. Therefore, after fifty years, microclimate conditions changed, which benefited these pine trees, and they are well survived by the harsh climate. Thus, this grove of pine trees is claimed to be the smallest National Forest in the United States.

This is completely a wonderful example of robust nature through many blustery winters that didn’t damage the pine trees. The local people decorated this forest every December. These are not tall trees, but survived the brutal wind and rainy conditions suffered on the island.