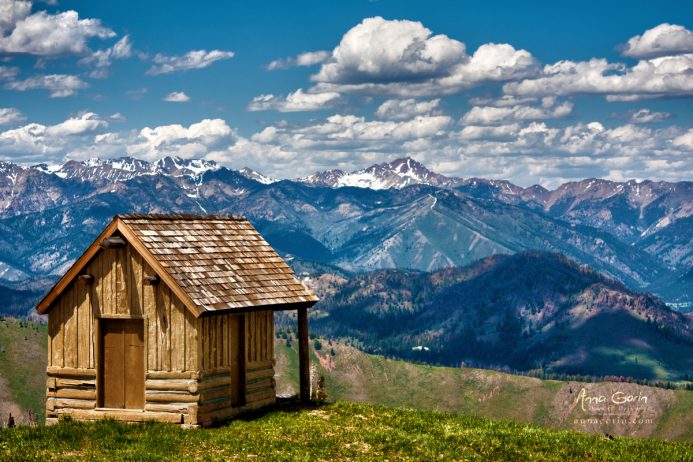 Sun Valley is the perfect alternative to Colorado’s ritzy resort areas, especially in summer when costs and tourist numbers are lesser. The spectacular location is as remarkable as the snow, and nearby Ketchum retains its authenticity and rustic beauty despite the seasonal deluges. Mountain biking, Fly Fishing, Camping, Hiking, Cultural events, and great food abound. In the cooler seasons of winter, world-class skiing can be had at the first purpose-built ski resort in the United States and you can ride the lifts with swanky Hollywoodsters in a refined and pretty place, sans fast-food joints and condo sprawl. Ernest Hemingway, who is buried here, had a deep affection for Sun Valley, and allegedly completed For Whom the Bell Tolls in the Sun Valley Lodge’s room 206 in between fishing and hunting excursions with buds Gary Cooper and Clark Gable. In one of Idaho’s most spectacular natural locations sits a piece of ski history.

Moreover; Sun Valley was the first purpose-built ski resort in the United States, hand-picked by Union Pacific Railroad scion William Averell Harriman in the 1930s and publicized by numerous members of the then glitterati such as Ernest Hemingway, Clark Gable and Gary Cooper. When Sun Valley opened in 1936 it sported the world’s first chairlift and a showcase “Parkitecture” lodge that still acts as its premier resort. Sun Valley has kept its swanky Hollywood clientele and extended its facilities to include the legendary Bald Mountain, yet it remains a refined and pretty place.

Highly rated nationwide, the resort is revered for its reliable high-quality snow, big elevation drop and nearly windless weather. Backing it up is next to village Ketchum, one mile away, which predates Sun Valley and has held onto its authenticity and rustic beauty in spite of the skiing deluge. Ketchum is major territory for fishing and hunting in summer a fact borne out by its prominent former resident, Ernest Hemingway. The world’s first chairlifts were installed on the resort’s Proctor and Dollar Mountains in the fall of 1936. Visitors relish its skiing, hiking, ice skating, trail riding, tennis, and cycling, as some of its residents stay year-round, and most come from major cities like Portland, Oregon, Seattle, Los Angeles, San Francisco, and more distantly Chicago and New York.