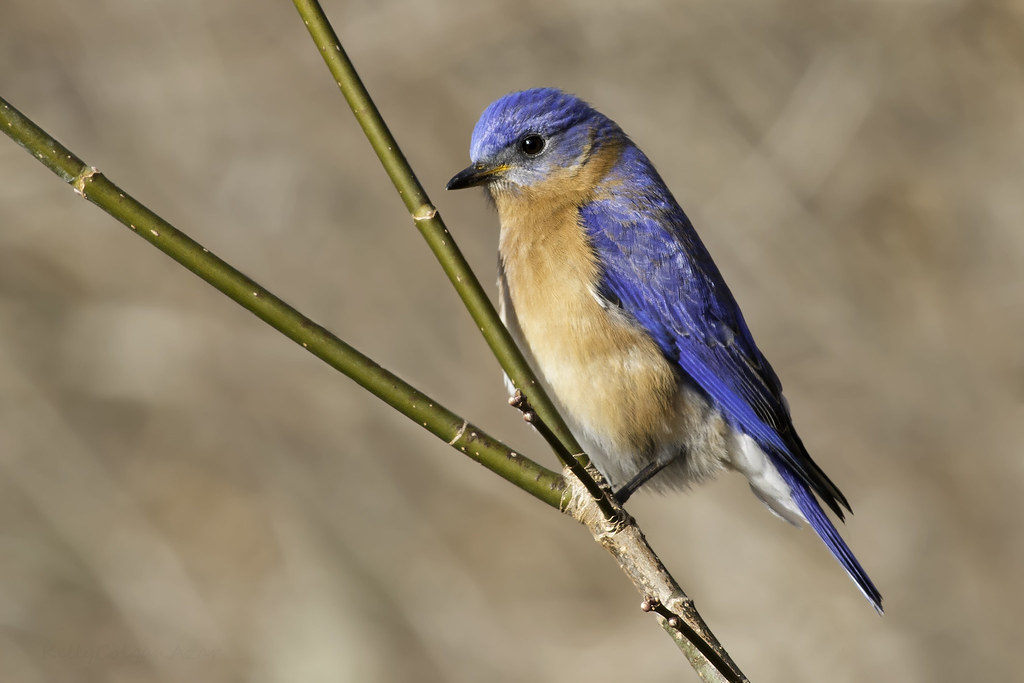 The state bird of Missouri and New York is eastern Bluebird (Sialia sialis). The little migratory thrush found in farmlands, woodlands, and orchards. The attractive bluebird found in southern Canada to the Gulf States, east of the Rockies, Nicaragua, southern Arizona including southern Florida and the Ohio River valley.

The male bird has bright-blue breeding plumage. The bird is observed at open perch, on a wire. Eastern bluebird is one of the favorite birds of birders. Moreover, among many Native Americans, the bluebird has mythological or literary implications.

Eastern Bluebird is 16 to 21cm long and 25 to 32 cm across wings and its weight is around 27 to 35gm. From the last 50 years, its population is increasing by 1.5% annually throughout most of its breeding and year-round ranges.

Eastern bluebird call includes often soft warbles of ‘jeew’ or ‘chir-wi’ or the melodious song ‘chiti WEEW wewidoo’. The song is one of the favorites among bird lovers.

What does Eastern Bluebird Eat?

The bird lovers often to know, what do Eastern bluebird eat? The diet consists of invertebrates and insects, wild fruits, and berries. It is also preferred insect prey include grasshoppers, katydids, crickets, beetles, earthworms, spiders, millipedes, centipedes, sowbugs, and snails. Eastern Bluebirds feed by perching on a high point of branch or fence post. And they are swooping down to catch insects on or near the ground.

In the winter season, the food source often determines by birds, and otherwise, he migrates. They do remain in a region for the winter and group and seek cover in heavy thickets, orchards, or other areas in which sufficient food and cover resources are available.

This eye-catching bird tends to live around trees, with a small understory and sparse ground cover. Their habitats include open, frequently burned pine savannas, beaver ponds, mature but open woods, and forest openings.

Moreover, Eastern bluebird’s habitats include are most common along pastures, agricultural fields, suburban parks, backyards, and even in the golf courses. Bluebird lives farther north and in the west of the range is more likely to lay more eggs than eastern and southern birds.

The symbol of an Eastern bluebird is the harbinger of happiness is found in a lot of cultures and may date back thousands of years.

Eastern bluebirds can live for 5 to 10 years. However, the longest recorded lifespan for a bluebird is 10 years and five months. On the other hand, most bluebirds die within their first year of life due to starvation and freezing. 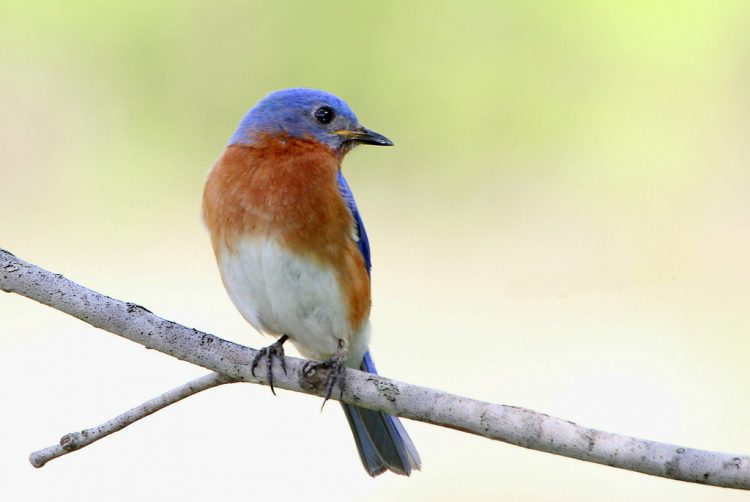 The main threats are natural predators of eggs, flying squirrels, fire ants, and nestlings can include eastern chipmunks, American black bears, and raccoons. Bluebirds of all ages (including adults) are threatened by rat snakes, racers, American kestrels, and domestic cats.

The European starlings and house sparrows are competitors for nesting sites. Non-nesting adults face predation by all native species of falcons, owls, and hawks, mainly those in the genus Accipiter.

Hence, once the predator approached, the male bird makes a song-like warning cry.  Moreover, female birds start to sing if threatened and no male is present, hoping to attract a protective male back to the territory. Both males and females also flick their wings and warble when predators are nearby.

It is a social bird and often gathers in flocks of more than a hundred birds. In the spring and summer, the mating process happens. They are territorial during the breeding season and may continue to defend a feeding area throughout the winter.

An adult female bird normally raises two broods each season. They normally make nests at trees (several feet above ground level) within abandoned woodpecker holes or other cavities that provide plenty of protection.

The female bird is more active in the construction of the nest. She took normally 10 to 15 days to complete the nest. The cup-like structures lined with grass, stems, feathers, and hairs.