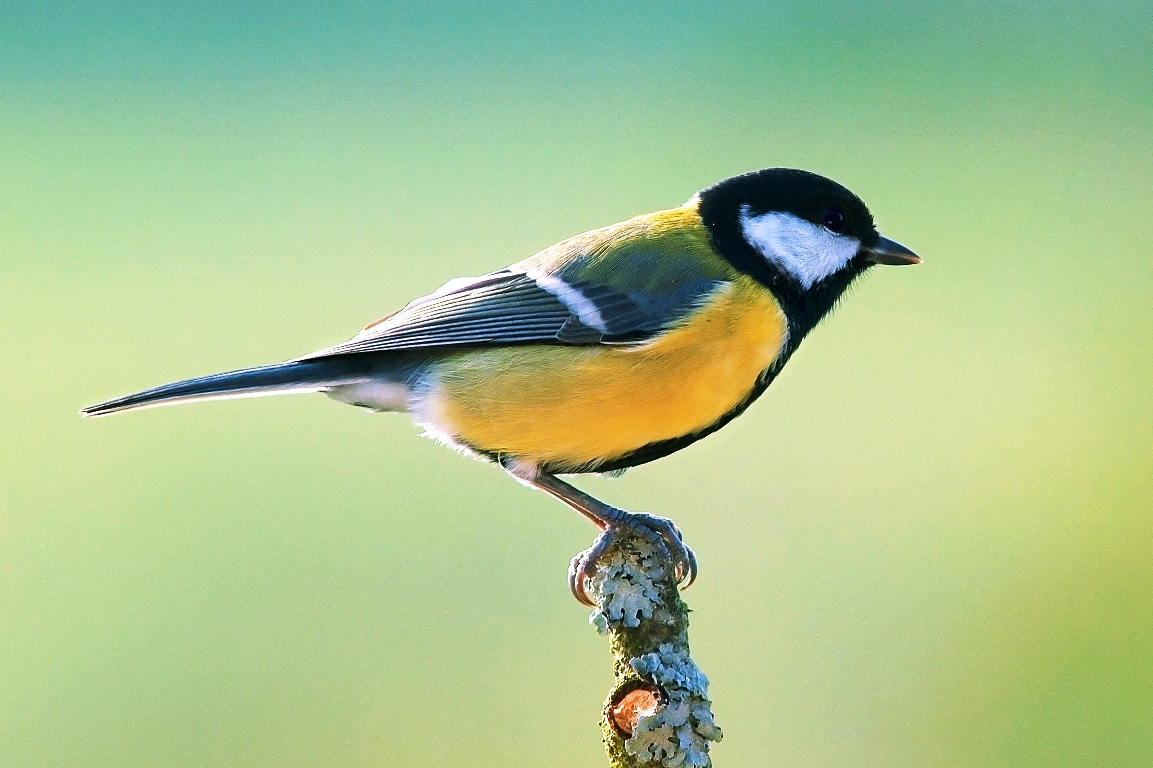 The colorful agile little Blue and Great Tits which frequent our gardens in the winter area are a delight to watch. As they cluster around a bag of peanuts. Blue and great tits, both colloquially known as tomtits. They are popular garden birds that visit bird tables regularly in winter. Both are widespread throughout the British Isles. You will see them in deciduous woodland, scrubland, hedgerows, and farmland everywhere.

The Blue tit is an agile, aggressive, always excitedly active little bird. This is always specialized in hanging at awkward angles to feed. While the great tit, larger than the blue and twice as heavy often prefer to feed on the ground like a finch. Male and female blue tits are very similar in appearance.

Among great tits, a distinguishing feature between males and females is the black line that runs down the Center of their primrose yellow breasts. This is faint in the female but very bold and wide in the male.

In summer blue tits feed mainly on insects searching for them at the tips of twigs and shoots. In winter this diet is supplemented with occasional nuts and seeds. Since insects are neither active nor easily visible in winter. Blue tits have to spend considerable time peering and probing round buds and under flakes of bark to find hibernating adults and larvae.

If you observe the apparently aimless you will see that it is in fact purposefully searching every potentially rewarding nook and cranny. In the garden, the boldness and agility of blue tits as they attack peanuts hung in a plastic mesh sock is a delight to watch.

They feed on almost everything put out on a bird table except birdseed. But above all, they prefer nuts and fat. Great tits eat much the same food as the blue take more vegetable food in winter particularly seeds and nuts which have fallen to the ground.

The breeding season for great tits begins in late March and for blue tits in early April. To get into peak condition for egg laying as early as possible earlier broods tend to the larger. And they are healthier than later ones the female must eat prodigiously. In the three weeks before laying begins, she puts on weight at an extraordinary rate, increasing her normal weight by at least a half and sometimes more.

Then over 10 or 12 days she produces almost her own weight in eggs, laying one each day. This remarkable feat cannot be achieved by the female unaided. The male must feed her. The behavior called courtship feeding may be essential if breeding is to be successful. The female tit does all the best building, choosing a hole or crevice in a wall, tree, or garden nest box. The nest a cup of moss, grass, wool, leaves, roots, and spiders webs are lined with hair or feature.
Advertisement

All Eggs in One Basket

In summer in deciduous woodland, both great and blue tits often rely heavily on just one species of insect as food for themselves, and they are young. In oak woods, this is the winter moth which frequently produces huge numbers of caterpillars. The parent birds need to synchronize the maximum food demands of their young with the single, short-lived peak in the caterpillar food supply.

They, therefore, produce a single large brood each year. This is unlike most other small birds which rear two or even three broods a year. Thus, have two or three chances if anything goes wrong. It is almost literally a case of the tits putting all their eggs in one basket!

One in Ten Survive

In spring each breeding pair of tits is generally composed of one adult bird that bred the year before and is at least 21 months old, and one young bird which is about nine months old and breeding for the first time. One-half of each breeding pair dies each year. For the population to remain steady, only one youngster would need to be reared per pair to replace the dead adult. On average, however, ten youngsters leave each nest in summer.

This means that nine die by the following spring a staggering 90% mortality rate. Gruesome though it sounds, this is insurance against catastrophe and is quite usual in the bird world. Indeed, if one extra youngster per brood were to survive each year, the whole countryside would soon be overrun by hordes of tits eating up all available resources and precipitating a disastrous drop in the population.

The high mortality rate is largely the result of natural causes, especially starvation since inexperienced young birds have difficulty finding enough food in winter. Moreover, also at the start of the season, competition for nesting holes is fierce. Larger birds such as the starling may oust tits from the bigger holes, and it may out tit from smaller ones.

The larger great tit does not always succeed in evicting the smaller but more aggressive blue. Tree sparrows can squeeze through an entrance apparently only just large enough for a blue tit, and often build they are an untidy nest on top of a clutch of tit eggs or as tree sparrows are late nested, even on top of a flourishing brood of chicks.

Predators also play a significant part in the high mortality rate and may account for a third or more of the deaths. Great spotted woodpeckers have a taste for tit eggs and young and can easily open up a nest hole with they are a strong beak. Woodpeckers capitalize on the fact that well-grown tit chicks are alerted by a shadow falling across their nest hole.  And jump up to the entrance to grab the expected food from a returning parent.

As soon as the unfortunate chicks appear, the woodpecker catches them. In the early days after fledgling, the inexperienced youngsters may fall easy victims to hunting sparrowhawks. Strangely enough wood mice and sometimes voles climb trees readily and enjoy any eggs they happen to find.

The prime predatory mammal is the weasel that can squeeze through the nest hole without much difficulty. Often the weasel will gorge on young birds to such an extent. That it has to sleep off the meal until it slims down enough to squeeze out again. Weasel predation is particularly high in summers. When the weather is poor and the young tits are underfed. The hungry chicks squeak noisily for more food and are heard by patrolling weasels on the lookout for prey.

The general trend in tit numbers is more or less steady, but they are some fluctuations from year to year. Frequently, after a series of good summers and mild winters especially on the continent), mortality is lower than usual and consequently tit numbers are far higher than average.

In this situation, the sudden onset of a severe winter, or a shortage of natural food, produces a massive westward movement. That is called an irruption as hungry birds move about in search of food. When these hordes cross the channel, autumn numbers in the eastern counties of England reach spectacular levels. Strange reports sometimes appear of tits eating the putty round window frames. Even entering houses and tearing strips of wallpaper off the walls. Irruptions occur irregularly, perhaps only once a decade.

Ringing results show at most of the birds in irruption are of continental origin, coming from as far away as eastern Poland. Winters in mainland Europe are generally severer than in much of Britain and Ireland. So Continental blue and great tits migrate south and west in autumn to escape climatic hardship and to find easier feeding.

British birds, on the other hand, tend to stay close to home. And although they may roam around several parishes, rarely make journeys of more than 30 miles. Many establish a circuit of known good feeding spots and visit each in turn.

Anyone walking in deciduous woods between August and March is likely to encounter a tit flock. These roving bands of birds operate from ground level to the top of the tree canopy, probing for food and flying from perch to perch. In late summer young willow warblers and Chiff chaffs, fattening up before migration may join the tits. Later Goldcrests, nuthatches, and chaffinches also turn up, as well as wrens and tree creepers.

Wrens tend to search the ground for food. While tree creepers probe the tree trunk for concealed insects. The small coal and blue tits favor the ends of twigs high in the canopy. As do the even smaller, warblers which hover in front of the twigs, picking off insects. Lower on branches and trunk, you will see great tits and nuthatches whose greater weight excludes them from the canopy.

Great tits often feed with chaffinches on the woodland floor, picking up seeds and nuts. One advantage of mixed flocking is that a large group of birds has many eyes to watch for predators and give the alarm quickly. Another is that the trees are exploited for food on every level. 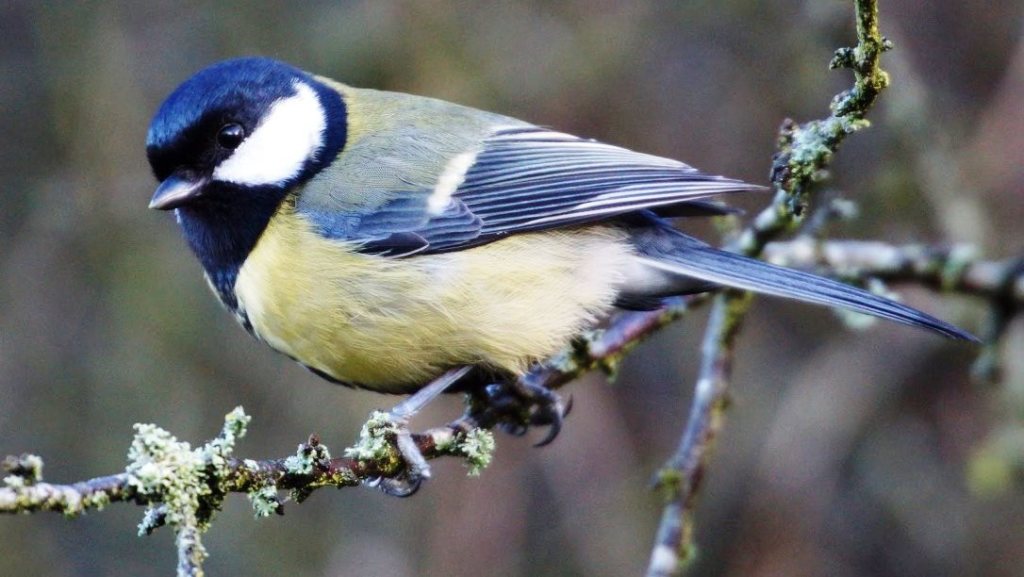 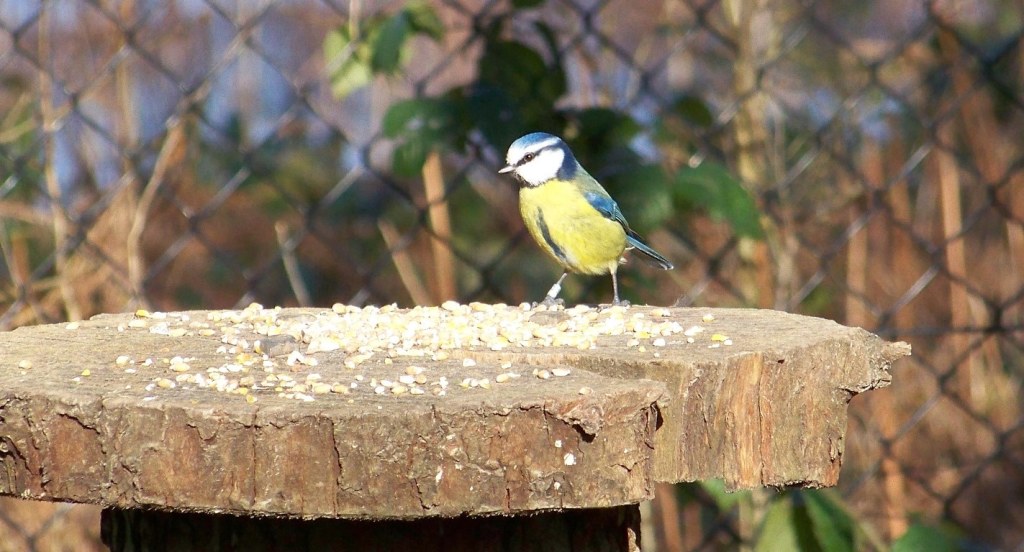 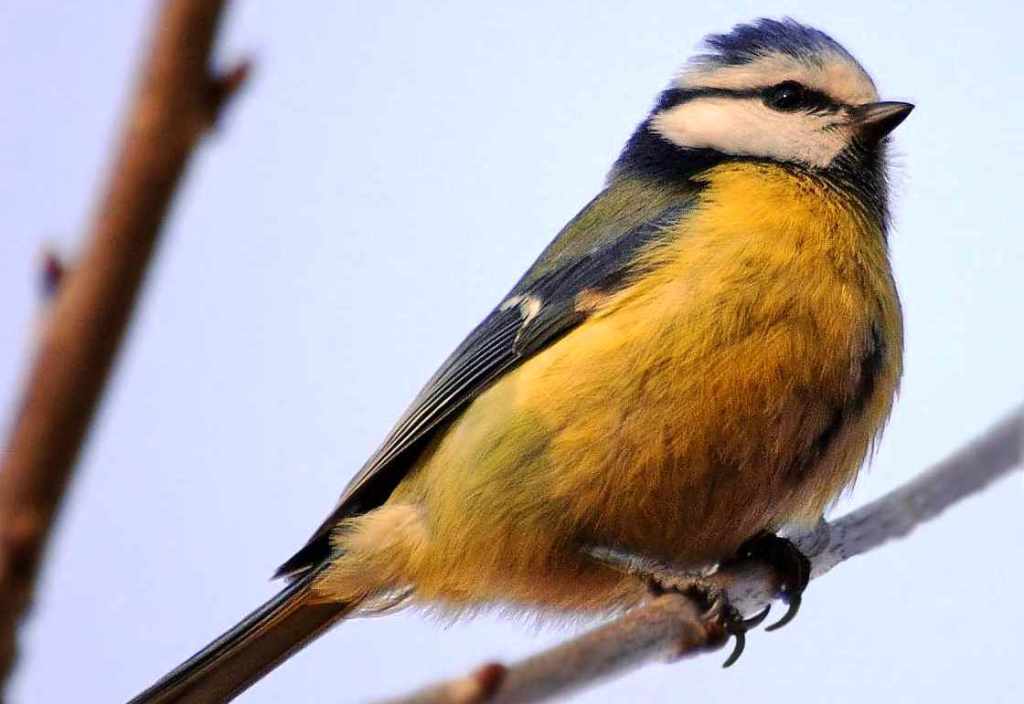 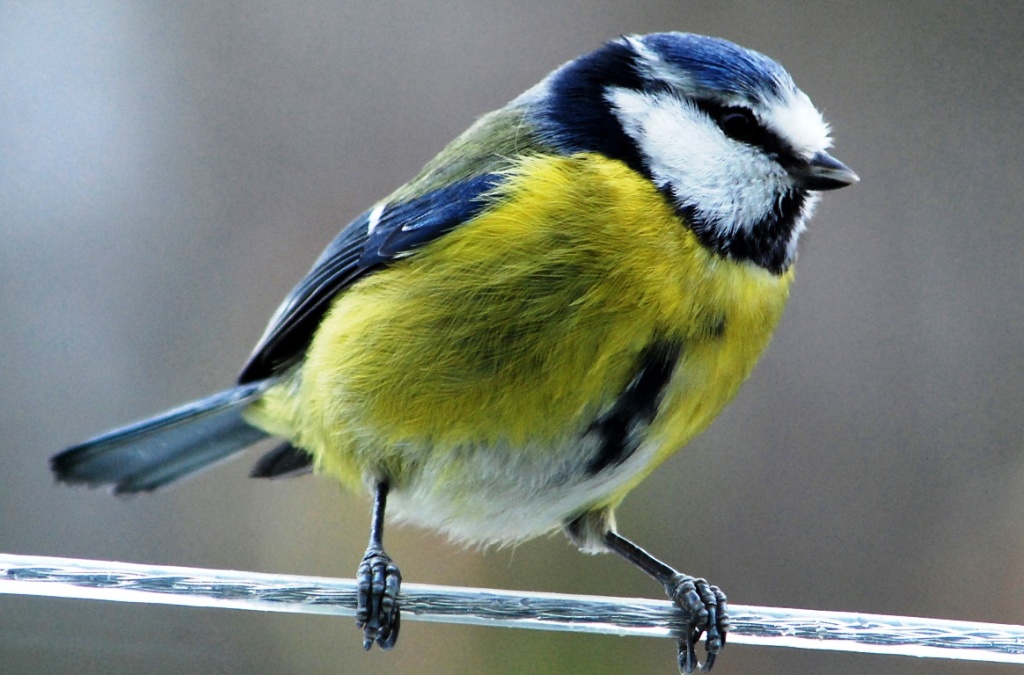 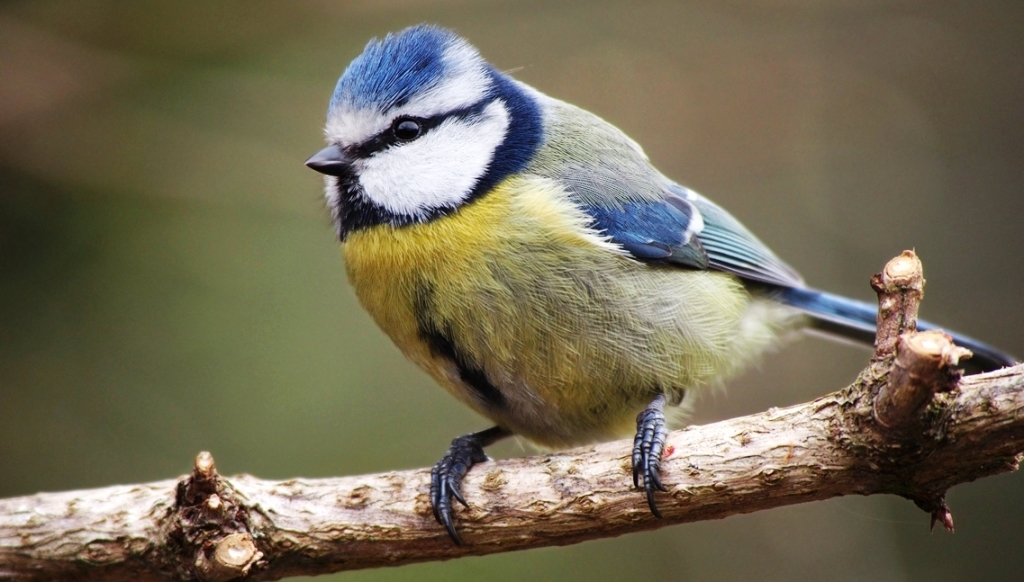 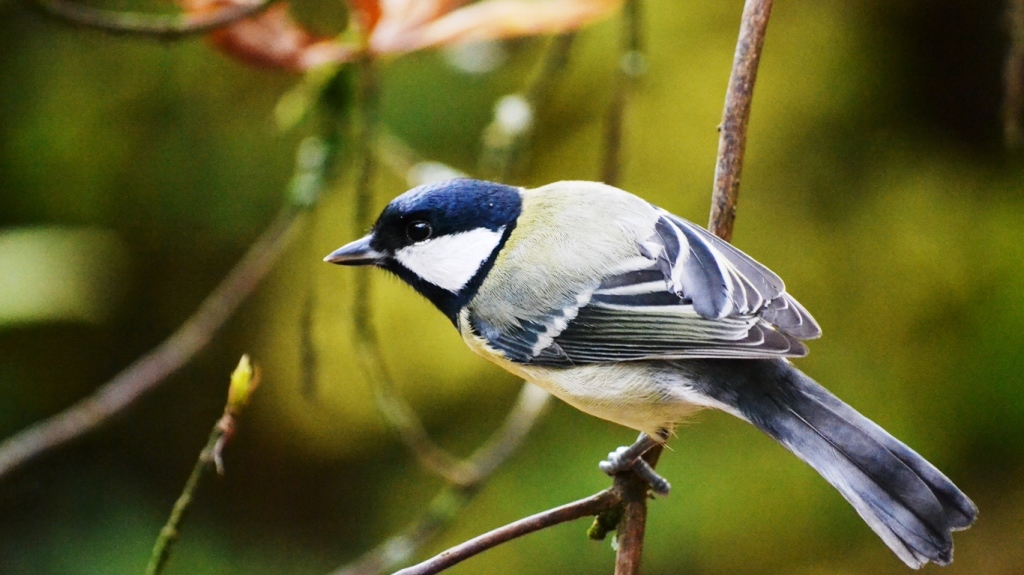